Why Are the Clintons Always Under Investigation? 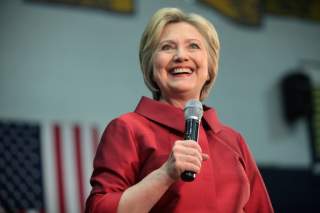 Why is it that the Bill and Hillary Clinton are seemingly under permanent scrutiny from government investigators? Is it because they are a noble couple being hounded by their enemies? Or is it because they an elastic sense of morality, coupled with the sense of entitlement that the baby boom generation has honed to a new peak of perfection?

The Clintons would doubtless prefer the former explanation, but the release of a withering new report by the State Department’s Inspector General on Hillary Clinton’s use of an email server during her tenure of Secretary of State decidedly suggests that she views herself as exempt from the pesky rules concerning the conduct of government officials. “Secretary Clinton should have preserved any Federal records,” the report says, “she created and received on her personal account by printing and filing those records with the related files in the Office of the Secretary.”

She didn’t. Rank, she seems to have believed, has its privileges. She haughtily refused to accede to a formal interview with the inspector general. Her actions suggest someone who, to borrow a line from P.G. Wodehouse, is so crooked that she probably slices her bread with a corkscrew. The result will be an emboldened Donald Trump—and Bernie Sanders.

Not that there is likely anything explosive in the emails themselves. If her memoirs and public statements are anything to go by, Clinton is a rather pedestrian and pragmatic and cautious official who as president would seek, and usually has sought, to hew to whatever she construes as the conventional wisdom of the day. Of course this penchant has boomeranged upon Clinton. Her 2003 vote for the Iraq War was supposed to insulate her from criticism. Instead, the war turned into a disaster and likely cost her the Democratic nomination in 2008 as Barack Obama pounded her for putting opportunism above principle.

Allied to Clinton’s impulse to embody establishment wisdom is an aristocratic sense of disdain for the public whose interests she purports to uphold. Now Clinton’s compulsive desire to shield herself from public scrutiny has ensured that she will be scrutinized publicly. “I don’t want any risk of the personal being accessible,” the State Department quotes her as announcing to her staffers. What was she trying to hide? Chelsea’s wedding plans?

The Inspector General’s report suggested that a measure of intimidation was involved in silencing concerns that were voiced by State Department staff about Clinton’s personal served: “According to the staff member, the Director stated that the Secretary’s personal system had been reviewed and approved by Department legal staff and that the matter was not be discussed any further. As previously noted, OIG found no evidence that staff in the Office of the Legal Adviser reviewed or approved Secretary Clinton’s personal system.”

The Clintons, it might be noted, are not the only ones to be involved in a fresh time of troubles. They extend to their former consigliere Terry McAuliffe, who is Governor of Virginia and former head of the Democratic National Committee. McAuliffe was a dynamo as a fundraiser for the Clintons. Now he’s under federal investigation for campaign contributions. The Justice Department, as part of its investigation, is apparently examining McAuliffe’s work as a board member of the Clinton Global Initiative, itself a dubious organization that has accepted contributions from some very questionable customers. Apparently 120 donors gave to both McAuliffe and the Clinton foundation. Nevertheless, McAuliffe says he is “shocked” by the investigation. So was Captain Reynaud in Casablanca who was “shocked, shocked to find that gambling is going on” in Rick’s café.

It’s unlikely that anyone else familiar with McAuliffe’s sleazy record is suffering from the same condition. The surprising thing isn’t that he is under investigation but that it took so long. At a minimum McAuliffe’s woes mean that a 2016 Clinton-McAuliffe ticket is not in the cards.

If past history is anything to go by, Hillary Clinton and her circle will provide fresh scandals. In contrast to Barack Obama, who has avoided the kind of scandals that plague most presidents, especially in their second terms, the Clintons seem to revel in skirting the spirit, if not the letter, of the law, while indignantly portraying themselves as victims. They know how to have it both ways. But Clinton’s top technology staffer Bryan Pagliano got immunity from the FBI. It will be interesting to learn what he has to say about his former boss. Meanwhile, Democrats who abhor Bernie Sanders might want to take another look at vice-president Joseph Biden. It would be no small irony if the Democrats turned out to be the ones holding a contested convention this summer in the city of brotherly love. How amicable their convention will be is another matter.