Why Arming Ukraine Is a Really Bad Idea 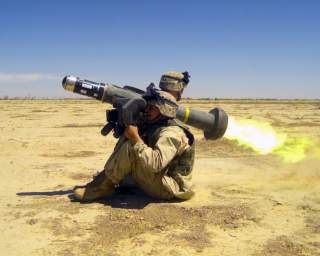 Renewed fighting in Ukraine has in turn renewed calls to arm Ukraine, including in the United States Congress. Yet there is an enormous and largely unacknowledged flaw in the argument to provide the Kiev government with lethal weapons.

Advocates of this approach assert that sending anti-tank missiles, mortars and other arms to Ukraine will help Ukrainian forces to kill more of the Russian troops fighting alongside separatist forces in the Donetsk and Luhansk regions of eastern Ukraine. Since Russian president Vladimir Putin and other senior officials have repeatedly denied that Russian soldiers are in the country, they say, he must be trying to hide Moscow’s involvement from the Russian people because he fears political opposition from soldiers’ mothers (a significant political constraint during the first war in Chechnya, not to mention in Afghanistan a decade earlier) and others. If we can only kill enough of Putin’s troops, they continue, Putin will no longer be able to conceal the scale of Russia’s engagement in the conflict and will face public pressure to limit it or even to withdraw.

While this might appear logical on its face, this line of thinking ignores a fundamental reality of the politics of war-fighting that Americans should well understand from their own experiences: how many soldiers are dying in combat is considerably less important than why they are doing it.

Think about this. Most Americans supported the wars in Afghanistan and in Iraq when the goals were to oust the Taliban in the former case, and to prevent Iraq from using (mostly nonexistent) weapons of mass destruction (WMD) and to oust Saddam Hussein in the latter. Had those initial goals taken longer to achieve, and had U.S. troops discovered significant WMD stockpiles following some of their early victories in Iraq, the American people may well have tolerated higher casualties to achieve these objectives. Conversely, rising casualties alone did not drive opposition to these wars; Americans turned against them because of the combination of the casualties with the evolution of U.S. aims in each country toward costly and open-ended nation building that few supported, particularly after the 2008 financial crisis.

Americans easily grasp these “facts of life” in their own country. Thus, they—and their elected (in Congress) and self-appointed (in the media) representatives—expect presidents who want to go to war or continue or escalate in lasting conflicts to make a clear and compelling case for doing so. Presidents, in turn, seek to make the most powerful arguments they can and to sell them in major speeches, conversations and briefings with Congressional leaders, and interviews.

When the U.S. government played a greater role in American media during World War II, Washington went so far as to produce a series of propaganda films to explain “why we fight,” among other steps.

How does this relate to Russia’s intervention in Ukraine? The answer is simple. If the United States arms Ukraine—and announces that the policy is an explicit effort to kill more Russian soldiers fighting in Ukraine—its impact on Russian public opinion is likely to be the opposite of what advocates say they intend. Indeed, it could transform the war there from a popular but essentially optional effort to help separatist forces and civilians in eastern Ukraine into a necessary conflict against a hostile American proxy. At the same time, for most Russians, it will probably confirm their government’s overheated rhetoric about U.S. ambitions in Ukraine and alleged American plans to force Russia to its knees or overthrow its government. Taken together, these shifts might increase Russians’ tolerance of battlefield deaths and injuries rather more rapidly than new U.S. arms will (or can) increase Russian casualties.

Moreover, the idea that more Russian deaths in Ukraine will “expose” Moscow’s role in the fighting is ludicrous. While Vladimir Putin and others may deny that Russian troops are in Ukraine in official meetings and statements, commentators on government-controlled television channels discuss Russia’s assistance to the separatists extensively. If the Kremlin were truly trying to conceal its participation, surely the Russian government would start by limiting this. On the contrary, Moscow’s denials are a diplomatic position in communicating with foreign audiences—a polite fiction—and are widely understood as such inside the country.

From this perspective, forcing Russia to publicly acknowledge its support for the separatists may not be such a good idea, especially if Washington pursues this in tandem with an effort to increase Russian casualties. In that environment, Vladimir Putin may find it not only politically easier, but even politically important to escalate Russia’s intervention. In fact, Russia’s government could use American arms supplies to justify cross-border airstrikes and/or much larger ground deployments. Kiev is in a poor position to defend itself in anything that approaches a real war with Russia.

Ending Russia’s military involvement in Ukraine should be an important objective of U.S. policy and is an essential first step in stabilizing the country and facilitating political and economic reforms there. Moreover, the longer the conflict continues, the greater the risks to Ukraine’s fragile political order and to wider U.S. security aims in Europe. Nevertheless, advocates of lethal arms supplies to Ukraine have not yet met the first requirement of policy making—demonstrating with reasonable confidence that their proposed course of action will produce the results they want and expect, rather than something worse. Taking into account Washington’s frequent and unpleasant encounters with the unintended consequences of its choices over the last two decades, Americans should insist on a much stronger case.