Why Beijing's Hong Kong Crackdown Will Invite No Consequences 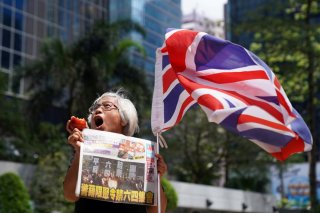 Thus for the Chinese Communist Party, Hong Kong has become a safer place politically, less likely to infect the mainland with unwanted ideas. As Teng Biao of Hunter College has written: “That’s one of the deepest reasons why Beijing has made extremely aggressive decisions to get rid of Hong Kong’s freedom and rule of law.” Meantime, for educated and ambitious mainlanders, Hong Kong remains a relatively free-wheeling economy where careers can be made. But most ordinary citizens don’t seem to believe their city has become a better place.