Why Biden Should Exit the Iran Talks 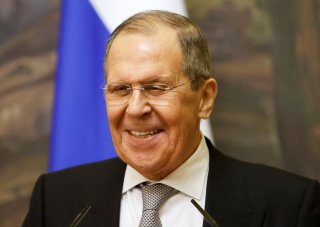 Russia just opened a new front in the Ukraine war, more than 600 miles west of Kyiv—in Vienna, where world powers have been negotiating a nuclear deal with Iran. The contours of that agreement were already dangerous enough. Now, Moscow is making new demands, using the talks to distract from and disrupt attempts to punish its illegal invasion.

It is difficult to gauge just how close the United States, its European partners, Russia, and China are to a nuclear agreement with Iran. For months, U.S. officials have said that they are “weeks, not months” from a deal. In recent weeks, they have claimed to be just days away.

What does seem clear is that the deal emerging in Vienna is neither the simple “return” to the previous 2015 agreement negotiated by the Obama administration nor the “longer, stronger” deal the Biden administration promised.

The Obama-era agreement sought to keep Iran a year away from a nuclear weapon for thirteen years. The new deal appears to leave Iran with half the breakout time (six months) for half as long (seven years). It also could commit Western countries to pay Russia to take Iran’s close-to-weapons grade uranium, even as Moscow is sanctioned by those same countries.

Meanwhile, Iran would get more concessions than in 2015. This includes lifting nuclear sanctions, but also those based on Iran’s sponsorship of terrorism. Most appallingly, negotiators are reportedly considering rescinding the designation of the Islamic Revolutionary Guards Corps (IRGC) as a terrorist organization—even as the IRGC fires missile volleys at U.S. targets in Iraq.

This deal is drastically different—shorter and weaker—from the original it purports to revive. It, as the Russian negotiator put it, gives Iran “much more than I expected, others expected.”

Still, it was not good, or bad, enough for Russia.

Just when the deal seemed done, Russian foreign minister Sergei Lavrov suddenly demanded a “written guarantee” to exempt Russian-Iranian transactions from any sanctions against Russia for invading Ukraine. Ultimately, the Biden administration refused Moscow’s more broad-ranging demands for blanket exemptions on all its trade with Tehran, but Russia is still walking away with U.S. waivers for its state-run nuclear energy company’s $10 billion contract to expand Iran’s nuclear power plant at Bushehr.

Amid these mounting delays, and with Iran delaying things further by demanding more U.S. concessions, the Biden administration should do what it has long promised—recognize that time has run out and exit the talks.

Instead of a dangerous deal, especially one granting Tehran and Moscow economic lifelines, or protracted negotiations with constant Russian spoilers, the United States and its European partners should move to a serious “Plan B.”

Because viable military options can most reliably counter Iran’s malign behaviors, the United States urgently must enhance its Middle East force posture for operations against Iran and its proxies.

The Biden administration also must strengthen Israel’s freedom of action. Foremost, this means expediting the transfer of KC-46A refueling tankers, and F-15I and F-35 fighter jets.

Diplomatic outreach to and security cooperation with U.S. partners in the Gulf must also be prioritized. These partners worry correctly that a new nuclear deal—especially one that lifts IRGC sanctions—could threaten them foremost. These partners are also critical to blunting the impact on world prices of necessary sanctions on Russian energy exports. Nominating high-profile and trusted ambassadors to Riyadh and Abu Dhabi, whose U.S. embassies inexplicably have no chief of mission, should be a priority. Redesignating Iran’s Yemeni proxy, the Houthis, as a terrorist entity would strongly signal that Washington takes its partners’ security seriously.

These steps would push back on Iran’s dangerous nuclear advancement, lay the groundwork for the “longer, stronger” deal Biden promised, and help erect a common front against Russia as well.

Rather than simply staying in Vienna for as long as Iran wants, the only way out for the United States now is the door.

Blaise Misztal and Jonathan Ruhe are Vice President for Policy and Director of Foreign Policy, respectively, at the Jewish Institute for National Security of America (JINSA).