Why Britain Is the Perfect Terror Target 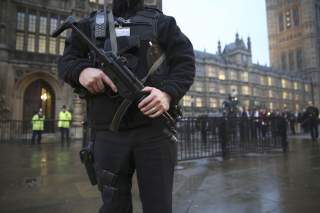 At least twenty-nine people were injured when an improvised explosive device detonated on a London underground train during rush hour last week. None of those injuries is believed to be life-threatening. The device, though not a total dud, malfunctioned, failing to explode with the intended ferocity. The UK has—at least so far—caught a break.

Two men have been arrested in connection with the attack. British interior minister Amber Rudd has said that there is no evidence that the Islamic State (ISIS) played a role in the attack, but ISIS has claimed credit for it. Investigators have assessed it to be “highly likely” that the bomb contained TATP: the explosive dubbed “Mother of Satan” and associated with recent ISIS operations.

The use of explosives in the attack was unsurprising. Recently, those in the counterterrorism business have shifted more of their attention toward how terrorists are increasingly drawn to low-tech attacks that involve vehicles and knives. Yet my recent analysis, which encompasses all Islamist terror plots in Europe between January 2014 and May 2017, shows that explosives are still the most popular form of weapon for Islamists plotting in Europe.

Explosives were the weapon of choice in 28 percent of these 142 plots. The good news is that only six of the plots led to injuries or deaths. After all, it is harder for terrorists to acquire suitable material, avoid detection and possess the level of expertise required to build the device.

This was demonstrated recently in Spain. Yes, terrorists there were able to carry out deadly vehicular attacks in Barcelona and Cambrils. But an even worse attack was averted because the terrorists accidentally blew up their bomb-making factory the day before.

The bad news is that the six successful terror plots that did use explosives led to over eight hundred injuries and almost two hundred deaths. Attacks employing explosives may not be a high-percentage gambit for terrorists—but they tend to be brutally effective.

With explosives plots still a factor in the UK, what can the UK government do about it?  Without a philosophical sea change in its approach to terrorism, not a whole lot more than it’s already doing.

After all, the UK has consistently committed money to its intelligence agencies. Militarily, it has been part of the coalition taking the fight to ISIS in Syria and Iraq and the UK has even been willing to conduct drone strikes on its own citizens as part of this fight. On the ideological front, the UK’s Preventing Violent Extremism initiative tries to deal with both Islamist and far-right ideologies.

On the domestic front, while longer jail terms are possible, there is seemingly little appetite for new legislation. Already there are those in Parliament who suggest (incorrectly, I believe) that the government has been too harsh with certain legislative responses: dual national terror suspects having their British citizenship being removed, for example.

The UK is also trying to learn new lessons from the past. An independent review of MI5 and the police was already underway to assess if this year’s terrorist attacks in London and Manchester could have been averted.

This is all important stuff, but it can have a limited impact. The government simply does not have the capacity to track all of the twenty-three thousand terror suspects that reside in the UK (a number that will rise as Brits continue to return from fighting in Syria). Attacks will continue because the government cannot control the multitude of domestic threats that it faces. As a result, its focus instead will be on returning to life as normal, as quickly as possible.

Unfortunately, after five attacks in the last six months, Britain has had plenty of practice.