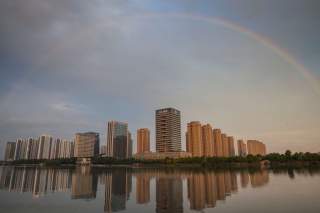 Editor’s note: This is the second article in a three-part series about China’s “Discourse Power” project.

In Part I of this series, I outlined the historical, sociocultural, and systemic functioning of the Chinese party-state’s discourse formation efforts, which I described as the creation of a domestic, China-wide safe space for the Party. In this part, I explain how the Party has worked long-term to create of a zombified version of what liberal democracies call civil-society to make the domestic safe-space self-sustaining.

As a vast and populous country, China is already highly wired for communication and becoming increasingly more so everyday. Communication platforms are ubiquitous, led by WeChat and Weibo, themselves important discourse-construction mechanisms. Even with the Party’s significant technological prowess and army of paid trolls, it would be impossible for the Party to police all offending content to maintain the safe space in the face of massive resistance from the Chinese public.

In the first week of August 2018, Xu Zhangrun, a law professor at Beijing’s Tsinghua University Law School, openly published an impressive long-form essay on the internet taking the Chinese government to task in excruciating detail. His beautiful prose criticized China’s lack of rule of law, lack of secure property rights, fiefdom-building corrupt officials, Xi Jinping’s canceling of term limits, as well as China foreign-aid wastefulness. He even criticized aspects of what I have been calling the safe space—the Party’s discursively-constructed world—-as a “postmodern farce (hou xiandai naoju).” He ominously concluded his essay with these words: “I have spoken my words, life and death are part of destiny, and whether we flourish or perish is up to the will of heaven.” These are not the words of a hyperventilating social-justice warrior basking in thirty seconds of YouTube fame, but the words of a man speaking truth to power in the face of imminent consequences.

Another academic, Sun Wenguang, was just arrested in the middle of a Voice of America interview. These deeply knowledgeable, courageous and articulate scholars would be the pride of any liberal-democratic civil society. Yet, the fact that they stands out so singularly in China today is a testament to the Party’s successful efforts to either silence or render such scholars mere zombified mouthpieces for the Party’s messaging. In this second installment, I explain how in a country of 1.4 billion people, China rendered independent voices such a rarity and why this is a deeply cautionary tale for the international community as China seeks to expand its “international discourse power.”

The party-state continues to re-engineer Chinese society itself at the most basic levels of education, language, and culture to make the safe space self-sustaining, literally to create a more politically-docile population (that, the Party hopes, can still be madly-creative in economic production). Elementary school education deliberately reinforces long-term cultural norms that do not emphasize critical thought, and college education has been deliberately re-engineered since 1989 to cultivate politically inert graduates. Scholars like Xu and Sun are becoming an extinct species in China.

Using high tech to invoke the most powerful and darkest cultural impulses—status pride, shame, and ostracization—to further encourage self-censorship, the new Social Credit System promises to maintain an updated social credit score for each subject. This will be used to determine to what extent and on what terms individuals and their family members may participate in the life of society, including government and private jobs, education, loans, overseas study and more. Things like unpaid debts, politically-incorrect activity and basically anything that makes someone a bad human being in the Party’s eyes can reportedly figure into the system’s algorithms. Black Mirror must be popular with the Party.

Ubiquitous propaganda has also resulted in the stilted Orwellian newspeak of modern Chinese political and social discourse. Party-state subjects have even adopted much of this language for their personal interactions. Consider former Chairman Hu Jintao’s policy slogan, permanently enshrined in the constitutional, “scientific development.” It is meant to provide a nice empirical-ish, procedural-ish, pretext for arbitrary and opaque state action, such as in “the U.S. conducts messy elections where crazy people get elected” but China has “scientific elections where experienced, competent men who care about the people get elected.”

The word “scientific” so saturated textbooks, official speeches, and media that regular Chinese subconsciously picked it up as a more sophisticated way to say “good,” so now they say odd things like “scientifically eating crab.” This is a minor example of a persistent hollowing-out and and co-option of older discursive structures and social knowledge that could otherwise provide some type of intellectual reference point independent of Party-sanctioned discourse. After obliterating the authority of living tradition during the Cultural Revolution and attacks on the traditional Chinese family structure like the One Child Policy and the mass-propaganda campaign that accompanied it, the Party has now both fossilized and declared itself the protective custodian of pre-Party ways of thinking that it lumps together as the empty vessel of “traditional Chinese Culture.”

The party-state deliberately deprives its subjects of critical terms of reference by appropriating and redefining liberal-democratic vocabulary. China has a constitution, elections, and a legislature, but they all serve very different functions from their liberal-democratic namesakes. Chinese children must painstakingly memorize the ubiquitously-displayed “twelve socialist core values” that include bizarro versions of liberal-democratic concepts such as freedom and democracy. More foundational, the Chinese government does not view its people as citizens (guomin or gongmin) with individual rights but more as subjects or peons (chenmin). Young people in China increasingly will say that China already has democracy, freedom and a “Chinese Dream.” The safe space “dream” promises subjects a comfortable and uneventful, domesticated life with order protected by a benignly pervasive “father-mother (fumu guan)” party-state, a pseudo-historical idea Chairman Xi relentlessly invokes with the classic phrase “xiaokang shehui” (unpoetically translated as “moderately prosperous society”). (Ubiquitous “Chinese Dream” posters often depict cherubic rouge-cheeked children happily at play, a telling image for the party-state’s ideal of “citizenship.”) China even launched its own “Voice of China,” shamelessly appropriating the liberal-democratic goodwill credibility built up over fifty years by Voice of America.

China’s willingness and success in creating a zombified version of Chinese domestic civil society should present a cautionary tale for liberal democracies who have not quite thought through the consequences of China’s discourse-power project. The Party does kill people to maintain its discursive safe-space, but it prefers not to. The Party would prefer that all subjects as well as institutions in society simply support and repeat the Party line on their own. Over a period of thirty years, it boldly reengineered society to create subjects who lacked the terms of discourse and reference points to be able to even effectively criticize the Chinese system. It also created a generation of mostly politically-inert college graduates with little desire to criticize the system. This is an impressive, long-term accomplishment, and it was deliberated executed, as the Chinese are committed to doing much the same thing over the long term on the international stage.

As I discuss in the next installment, China has already begun to zombify heretofore liberal-democratic international institutions and is intent on continuing to do so. Lacking the coercive power of the state that is available domestically, the party-state has instead turned to American soft power as its host organism.

The views expressed here are the author’s personal views and do not necessarily reflect those of the Department of Defense, the U.S. Army, the U.S. Military Academy, or any other department or agency of the U.S. government.