Why China Chose Russia on the Russo-Ukrainian War 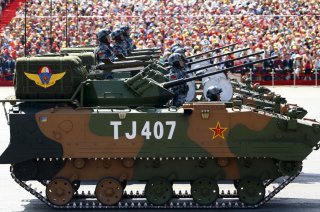 The longer the war in Ukraine persists, however, the more difficult and potentially vulnerable Beijing’s position will become. Escalation by Putin will prolong and exacerbate China’s dilemma, and it will probably highlight the limits on Beijing’s influence in Moscow. Much will also depend on how the crisis unfolds, and how and when it abates or is resolved. A defeated and discredited Putin would degrade the value to Beijing of its strategic partnership with Moscow, and this could make it a net liability for Xi. On the other hand, and paradoxically, it could come as a relief to Beijing if Putin falls from power because the Chinese have ample reason to anticipate that, given the structural drivers of both countries’ discomfort with the United States, any successor Russian government would still subscribe to many, if not most, of the principles in the Sino-Russo joint statement. But as in North Korea, Beijing is neuralgic about any process of regime change in Russia due to the uncertainties involved and China’s lack of control over it.

Amidst the volatile prospects for Russia and Ukraine, Beijing is probably especially concerned about two potential downsides for China: greater alienation from Europe and the revitalization of American global leadership. Before the war, Beijing was especially attentive to the Europeans because of the importance of China’s economic relationship with EU and NATO countries and its cultivation of Europe as a counterbalance to American power and influence. Prolonged Chinese identification with a bloody war of attrition in Ukraine at the expense of European security and stability will erode the Europeans’ confidence in and engagement with Beijing. This was already apparent at the China-EU Summit on April 1, which EU vice president Josep Borrell described as a “dialogue of the deaf” because Beijing avoided substantive discussion of Ukraine and merely reiterated its call for peace talks.

Similarly, a resurgent “Pax Americana”—fueled by Washington’s success in mobilizing international pressure against Putin—would disrupt or even reverse Beijing’s assessment over the past decade of the relative trajectories of American and Chinese power and influence. Chinese leaders probably hope the current surge in U.S. global leadership will not be sustained due to lingering global concerns—including among U.S. allies and partners—about Washington’s attention span, resources, and domestic political dysfunction. But this too will depend on how and how soon the war in Ukraine ends, as well as what role the United States plays in that process. Like the rest of the world, Beijing is waiting for clarity and closure.