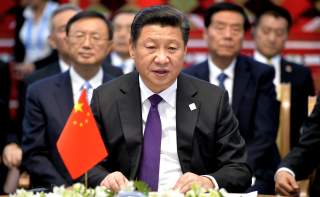 Facing intense pressure on several fronts in the lead-up to the 19th Party Congress in the fall, Chinese President and CCP General Secretary Xi Jinping will likely be compelled to bolster his credentials with the more radical elements—and thereby placate his enemies—within his party. Expect, therefore, an eventful second half of 2017.

At the heart of the coming drama are succession and elite politics within the CCP and their interplay with a series of unprecedented structural challenges facing China on both the domestic and global fronts. Not since the 14th Party Congress in 1992 has the quinquennial CCP reshuffle, in which the future Politburo Standing Committee will be selected and, presumably, the identities of the party members who will replace Xi Jinping and Premier Li Keqiang in 2022 will be revealed, been of such import.

Besides the uncertainty surrounding Xi’s willingness to step down in 2022, elite politics, the purges unleashed by Xi in recent years have exacerbated fears among some current Politburo members over what possible fate awaits them if and once they step down. The survival instincts that perforce kick in when such situations arise ensure that the internal battles in the current cycle will not only be ruthless, but could force candidates to take drastic, and perhaps “irrational” actions they otherwise would not have considered, all for the sake of self-preservation and to defeat their enemies, real and imagined.

Compounding all this is the context in which the Party Congress will take place. Again, not since the early 1990s has China been confronted with a set of challenges that threaten to affect the country in fundamental ways. Chief among those is the current state of China’s economy, which is rife with contradictions and, according to some analysts, on the brink of a major reckoning. China’s debt-to-GDP ratio, for example, has reached 282 percent, from 150 percent over the past decade. Despite massive borrowing, China’s GDP growth has slowed to 6.5 percent. As Chinese citizens feel jittery, capital outflows have reached a record $725 billion, and China’s foreign currency reserves have dropped by more than $1 trillion in less than three years.

Having staked its credibility on its ability to continue China’s “economic miracle,” the CCP now faces the prospect of having to tell the Chinese people that the boom years might already be behind them, well before the benefits of the indeed impressive accomplishments since 1990 had a chance to markedly improve the lives of ordinary Chinese, wherever they are found.

If indeed the economic situation is as dire as it seems, CCP leaders—and those who hope to supplant them this fall—will need to look elsewhere for accomplishments. As William Hurst observed in a recent piece, “an explosive crisis in any one area of foreign policy, elite politics, or political economy . . . could be rendered more likely or more severe by precisely those measures needed to head off a similar crisis in another area.”

And foreign policy is what they likely will turn to if they need to head off a crisis elsewhere.

Here, foreign affairs could prove beneficial in two ways: as a distraction from the problems at home, or as a means to tap into nationalistic fervor and win allies among the more extremist elements within the CCP and the People’s Liberation Army (PLA). In other words, domestic and intraparty considerations could drive China’s foreign policy to a greater extent until the Party Congress than they normally do. And for better or worse, China has plenty of disputes at hand (over so-called “core issues”) where it can flex its muscles—among them Taiwan, the South China Sea and the East China Sea.

Moreover, depending on how this plays out, a U.S. intervention in the Korean Peninsula to arrest Pyongyang’s nuclear ambitions, which now seems more likely under President Trump, could signify a loss of face for President Xi. Facing such a lose, the need to score foreign policy wins elsewhere for Xi and CCP members who are close to him would be exacerbated.

Notwithstanding the benefits of adventurism abroad, we can expect the various factions within the CCP vying for positions in the Politburo to act—if they indeed do take action abroad for domestic gain—with a modicum of restraint. Thus, while there might be incentives to create a crisis abroad, such ventures will be calibrated so as to maximize the benefits while reducing the risks of a direct confrontation with stronger competitors. In other words, every effort will be made to avoid the kind of backlash that would end up hurting the various CCP protagonists involved.

The implication of this calibration is that if and when China uses the foreign policy card, it will do so by targeting the peripheral, albeit highly symbolic, interests of its foreign opponents rather than directly attack them. Thus, while other countries’ interests in the East or South China Sea might come in China’s crosshairs, it is highly unlikely that Beijing would choose to directly confront Japan, for example, over the Senkaku/Diaoyutai islets. Besides the challenge of dealing with the JSDF itself, Beijing would risk prompting a U.S. intervention and ensure Chinese defeat—the last thing CCP members in need of a quick distraction abroad would want. Instead, we can expect China to ramp up harassment by fishing and Coast Guard vessels, as well as more frequent intrusions by the PLA Navy/Air Force and dramatic contact with their Japanese counterparts.

The same law will apply for the South China Sea, where China will seek to minimize the risks of direct intervention by the United States. That being said, as China faces much weaker opponents in that area than it does in the East China Sea, the likelihood of escalation is relatively higher there, particularly as China has invested billions of dollars militarizing the area in recent years. Therefore, if the CCP needs a quick foreign policy fix to help mitigate a crisis at home, opponents like Vietnam, the Philippines and Taiwan, which all have claims in parts of the SCS, will conceivably be likelier targets. The benefits of threatening those outweigh the costs, while the potential of defeat is, barring U.S. intervention, markedly lower.

A third possible target for foreign adventurism in the lead up to the Party Congress is Taiwan, the object of significant symbolism in China and within the CCP. Already, pressures to do more to “rein in” Taiwan have been building since May 20 last year, when Tsai Ing-wen of the Taiwan-centric Democratic Progressive Party (DPP) assumed the presidency. Within the CCP and PLA, a number of voices have already expressed impatience with and discontent over how President Xi has handled relations with Taiwan; many want him to do more to “punish” President Tsai for refusing (with popular support) to embrace “one China” and the so-called “1992 consensus” that Beijing insists is a precondition for dialogue. So far, President Xi has withstood the pressure, and while his government has done a few things to signal its discontent (drawing in diplomatic allies, pressuring foreign governments to strictly abide by the “one China” framework, freezing some official channels of communication with Taipei, blocking Taiwan’s participation at international institutions, increasing the PLA presence near and around Taiwan and disappearing a Taiwanese human rights activist), it has refrained from taking action on a level that would risk destabilizing the Taiwan Strait. This is large part due to the fact that claims of it being a “core interest” notwithstanding, Taiwan is nowhere near the top of President Xi’s priority list. But it could quickly become one if his back is against the wall over domestic issues and his survival as a politician is at stake.

Nevertheless, even if Taiwan represents a “logical” target for foreign distractions, here, too, Beijing is unlikely to directly confront it in a way that would threaten Taiwan’s very survival. In other words, while China might escalate its actions (and certainly its rhetoric, which is largely risk- and cost-free) against the democratic island-nation on “national reunification,” it is highly unlikely to take direct military action (missile strikes or outright invasion) against Taiwan proper—not only because of the prospects of severe material losses on both sides, but also due to the uncertainty over a U.S. and/or Japanese intervention, which would completely change the equation. As in the East and South China Sea, Chinese calculations will focus on maximizing the likelihood of gains while seeking to reduce any possibility of a backlash that would neutralize, if not outweigh, the benefits. Thus action against Taiwan, even if more drastic than what has come before, will remain limited.

Still, there are a number of escalations that the Chinese side could implement to “punish” Taiwan and in the process either manufacture a needed foreign distraction amid domestic crisis or to bolster the image of CCP/PLA officials battling for positions in the next Politburo. Yet even here, the object(s) of China’s attention, both political and territorial, would only be peripheral to Taiwan’s core interests, causing a level of discomfort to the Taiwanese (and domestic pressure on the Tsai administration, most assuredly) but coming short of the type of action that would risk prompting major retaliation or international involvement. (The loss of a few more official diplomatic allies, or even small bits of its outlying territory, or the inability to join global institutions, would spark a political storm in Taiwan, but all of this is survivable and not indispensable for Taiwan’s ability to continue existing as a sovereign state.)