Why Climate Panic Is Unfounded Hysteria 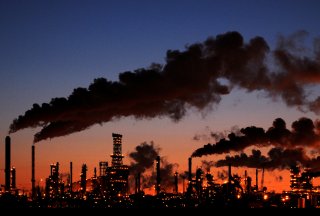 China is currently building more coal-fired power plants than the entire U.S. fleet. On Joe Biden’s first day in office, he canceled the Keystone Pipeline to assuage environmentalists who helped get him controversially elected. This means nothing for carbon outputs or emissions since the amount of coal being spewed by China plus what’s under construction is equal to or greater than twenty Keystone Pipeline projects. Add Asia, India, Poland, Germany, Japan, and coal-user behemoth—India—into the coal-for-electricity-mix, and canceling western pipelines, decarbonizing, or promising an all-electric transportation future means nothing to lower emissions.

Faux solutions such as hydrogen gas, which is attempting to defy physics, thermodynamics, and economics “would make hydrogen gas produced using heavily subsidized wind and solar the most expensive energy in human history,” says Professor Ian Plimer, professor emeritus of earth sciences at the University of Melbourne, professor of mining geology at the University of Adelaide, and the director of multiple mineral exploration and mining companies.

What the entire climate change, global warming, renewables over fossil fuels and electrify society movement is really about is one thing—money—clean energy is now worth trillions of taxpayer dollars. Government-sponsored science and economic growth at its worst picking clean energy over fossil fuels and internal combustion engine vehicles. These are disastrous energy policies.

The existential threat narrative of global warming only solved by destroying global economies by switching to intermittent, expensive renewables over reliable fossil fuels is foolish according to Dr. Steve Koonin, a physicist who served as Undersecretary for Energy during President Barack Obama’s first term.

It’s particularly painful because climate doomsday scenarios are all historically wrong. Climate panic is simply unfounded hysteria. The weather and climate are dynamic and ever-changing. Seemingly, it’s a giant ploy to deprive people of their freedom and liberty rather than provide them with abundant, affordable, reliable, scalable, and flexible energy and electricity resources and policies.

Now without passion, emotion, or ideology clouding sound energy and electricity practices let’s soberly assess basic facts about clean energy transitions. The entire U.S. electric grid(s) or any electric grid attempting to eliminate fossil fuels and nuclear will need a brand-new grid that will cost trillions to finance and decades to build. For example, “annual spending by U.S. utilities on transmission has increased from $9.1 billion in 2000 to $40 billion in 2019.” That is a fraction of what will be needed for a clean energy move to renewables and batteries over always-performing fossil fuels and nuclear for energy to electricity.

Blackouts are the future for the United States, European Union, Great Britain, and Australia if they continue on this clean energy transition. Grids need consistent energy to electricity that only coal, natural gas and nuclear provide. If net-zero emissions are the goal(s), it can only be met with zero-carbon nuclear energy.

Then take into account oil usage will dwindle and the grid will have to double, triple, or quadruple baseload electricity daily output since electricity will be the main source of transportation and everyday life. Human longevity and productivity will take a severe hit without understanding life and oil are intertwined. Over six thousand daily products come from a barrel of crude oil. Now levelized electricity costs will be overtaken by expensive electricity if clean energy is the new norm; and how does electricity produce six thousand life-giving, pandemic-fighting products?

Texas is a prime example of the inevitability of possible societal collapse if a green energy transition truly happens. The state narrowly avoided a complete grid meltdown that would have taken months to repair and/or rebuild to bring back online. Besides filling landfills with toxic turbine blades it was the total breakdown of output from their wind turbine farms that was the main factor leading to blackouts. The Texas polar vortex revealed that grid operators could not call on renewables (solar panels and wind turbines) when they were most needed. Batteries are being floated as reserve electrical capacity to make sure a weather blackout doesn’t occur again.

Factual reality tells a different story. Texas is going to build the world’s second-largest utility-scale battery storage system for “next time.” A worthy sentiment, but the next-time-battery can only store “just three minutes of the electricity produced by Texas wind farms.”

Power, energy, and electricity policies in the United States and most western capitals have been seized by renewables, battery storage systems, and electrify society promoters. Predictions are now consistently given to scare overlooking past problems while never following the science, engineering and known facts that a clean energy transition is a decade away—if it ever comes at all. This isn’t sound energy policies or the actions of nations and leaders that once defeated tyranny starting with World War II and ending with the Iron Curtain falling.

Unfounded, outrageous assertions only embolden China, Iran, Russia and North Korea. The United States, EU and western-aligned Asian allies will need abundant energy and electricity to fight these four countries because they are gunning for the U.S.-led liberal order that’s been in place for over seventy years. Clean energy is an afterthought to the Chinese communist party, Iranian mullahs, Vladimir Putin, and the maniacal authoritarian ensconced in North Korea. Those are clean energy facts that the world disregards at its own peril.