Why Congress Should Rethink Its Assault on Big Tech 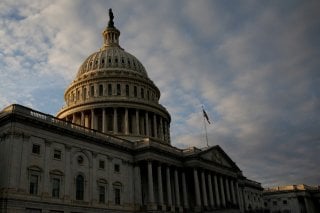 With the return of great power competition, China’s stifling control over its population is deepening, as is Russia’s increasing information warfare at home and abroad. At the very moment that America faces these new challenges, however, Congress is on the verge of hampering, if not eviscerating, its ability to counter its adversaries in the critical realm of technology. A textbook example is the Senate Judiciary’s markup, planned for tomorrow, of a new bipartisan antitrust bill that, far from benefitting consumers, would damage cybersecurity and privacy. Instead of adopting an adversarial approach, Congress should seek to work with technology companies to formulate sound legislation that doesn’t damage their ability to compete at home and abroad.

The current move is part of Congress’ efforts to rein in “big tech.” America, we are told, is once more a land of monopolies that need to be busted up to protect consumers. There can be no doubting that companies such as Google, Amazon, and Facebook contain the largest chunk of information and power, from internet searches to internet referrals to trade; power unseen since the days of the East India Company, which saw its influence and might curbed by the British crown in the nineteenth century. But for all their sound and fury about the putative dangers posed by big tech, its detractors are ignoring the deleterious effects that hastily concocted legislation may have on American national security.

Given the current global environment, a clear-eyed evaluation of the impact of any new measures under consideration on U.S. national security should be imperative. At a minimum, any new policies must capture foreign and U.S. companies in equal measure and ensure that the United States is not unilaterally disarming at a time when technology constitutes the new battlefield. The truth is that supremacy over the digital domain and artificial intelligence will dictate who wins the twenty-first century. As China and its state-owned enterprises retool in a bid to dominate the technology space and to write the rules of the road for digital trade in multilateral forums, the United States would be ill-advised to establish a legal and regulatory framework allowing foreign companies preferential treatment in our own market.

Today, economic security is national security. While there are parallels, this is not a new Cold War. There are important differences between that era and what we are now experiencing. One is that old-fashioned geopolitics was at the core of the old, U.S.-Soviet competition, thereby ensuring that the rivalry expressed itself in terms of a potentially deadly nuclear arms race. Today, the United States and Russia continue to modernize their nuclear arsenals, but for the foreseeable future (even taking into consideration the emerging threat in Ukraine), the central international rivalry will be geo-economic. This new reality is characterized by the United States and China battling for global economic preeminence and players like Europe, Russia, Japan, and Korea fighting to compete.

Both China and the United States have some important cards to play in this emerging contest. At this point, nine of the world’s top twenty technology companies are Chinese. We have seen over the past year, notably with both Alibaba and Didi, the increased overlap between the interests of Chinese tech companies and those of the Chinese Communist Party. The Chinese state is laser-focused on strategic investments designed to ensure that China wins the tech battles to come. To illustrate, the Five-Year Plan recently issued by China’s State Council on the digital economy not only targets enhanced digitalization of the Chinese society overall but invests significantly in emerging technology. In artificial intelligence, drones, and quantum computing, China’s global leadership is already evident, and the race is on to dominate newer applications and advanced semiconductors. Meanwhile, investments in next-generation technologies that are currently underway at leading U.S. universities and companies should be encouraged by the U.S. government as part of our overall national security strategy at the same time that the government makes its own technological investments.

Our competitors in and beyond China understand what is at stake—and are not only investing accordingly but developing policies to promote national champions. While the U.S. Congress explores how best to adjust the regulatory environment to protect consumers and encourage economic competition, the realities of the global great power competition facing the United States should not be overlooked.

There could and should be policy complementarities and compromises on both sides of the relationship between America’s government and American industry. Monopolies are inherently hierarchical, and they comprehend mutual interests more coherently. And it is easier to deal with them directly. Congress can clearly develop strategies of national interest in light of the great power competition, and talk directly to tech giants making them understand key national interests, threat perceptions, and red-lines. There must also be a concerted effort on the part of the tech companies, which in turn should work towards potential compromise with various factions within the American political system. But in an era of great power competition, breaking up American tech, the single most powerful competitive advantage that we have over our rivals abroad, would be tantamount to waving a white flag of surrender to our adversaries abroad.