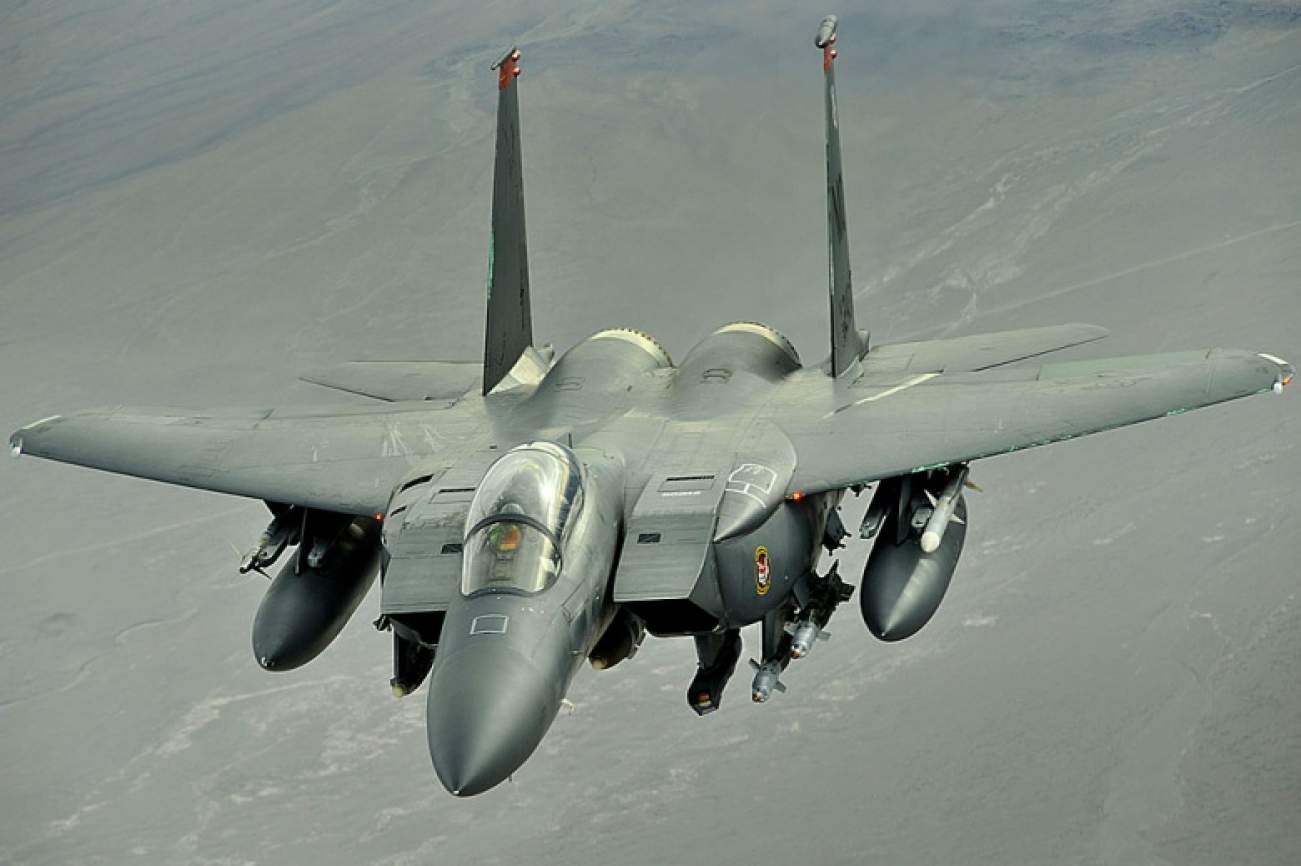 Senators Ran Paul and Chris Murphy recently proposed a congressional resolution to stop a $1.15 billion arms sale to Saudi Arabia. Their measure failed on a 26-71 vote this past Wednesday. Their case rested in large part on the fact that Riyadh's intervention in Yemen—conducted with American-made weapons—has cost an untold number of innocent lives in the Arabian Peninsula. While their argument carried weight from a humanitarian perspective, it did not make sense in terms of the impact it would have on American jobs, U.S. companies, and the wider defense industry.

On a local level, hundreds of American jobs in the proposed sale are at stake. The most important aspect of the deal is the proposed purchase of Abrams tanks. Some of these tanks will be used as "battle damage replacement" for tanks lost by the Saudi military in Yemen. Riyadh also ordered a General Dynamics-produced system to recover tanks damaged on the battlefield. The Abrams tanks are produced by General Dynamics’ Combat Systems division in a plant in Lima, Ohio. About a decade ago the Lima plant employed 1,200 workers. Over the past few years, with declines in Defense Department purchases of weapons produced at the plant (including a 7 percent decrease in sales this quarter compared to the same period last year), the number of workers in the plant has dropped to four hundred. Stopping the sale to Saudi Arabia of such tanks would not only have put in jeopardy the remaining jobs at the Lima plan, but also put at risk larger deals with Saudi Arabia and our other Gulf allies, which themselves carry billions of dollars in revenue for American companies and are associated with tens of thousands of jobs in nearly every state in America.

When considering this particular sale it is important to keep in mind the big picture of U.S. defense exports and their contribution to America's defense industry. Over the past six years, as U.S. defense spending has faced considerable budgetary pressures, American defense companies have struggled to maintain employees and keep production lines open. With tightening defense budgets, highly-skilled manufacturing jobs on the line, and the prospect of production lines for advanced U.S. weapons being phased out, American exports of defense articles and services have become and will continue to be ever more important.

Saudi Arabia has emerged as the dominant purchaser of American arms. In 2010 Riyadh signed a record $60 billion deal to buy defense articles made by American companies. Under the deal, it agreed to spend $30 billion up front on fighter jets, helicopters, and other systems. That purchase is equivalent to a large chunk of the U.S. defense budget. In fact, the contribution is much larger, relatively speaking, when one looks at how it benefits the smaller defense companies that service American and foreign defense customers. The 2010 deal with Saudi Arabia entailed purchasing American jet fighters that will help manufacturers in forty-four states and aid in protecting seventy-seven thousand jobs.

Importantly, the 2010 Saudi deal included the purchase of eighty-four new F-15 fighters. The prime contractor was Boeing, a hundred--year-old American multinational company that consistently ranks as one of the world's most admired companies. Until recently, Boeing produced only one F-15 per month, and the production line for F-15s was on the verge of being closed, that is, until the deal with Saudi Arabia. Riyadh's purchase helped save thousands of jobs for Americans working on Boeing's F-15 production line on the outskirts of Lambert-St. Louis International Airport. Boeing also makes Apache helicopters, and the Saudi deal included the purchase of seventy Apaches. As Fortune reported, "Production lines for Boeing's F-15, Harpoon missile, and Apache helicopter are sustained by exports, which support thousands of high-paying, highly skilled manufacturing jobs." Saudi purchases help keep highly-skilled manufacturing jobs in the United States.

Maintaining a robust security cooperation relationship with Saudi Arabia also helps America's defense industry in the region as a whole. Saudi Arabia is the most important member of the Gulf Cooperation Council (GCC), which includes five other large purchasers of American defense articles: Bahrain, Kuwait, Oman, Qatar, and the United Arab Emirates. These countries are gradually creating a multinational, interoperable force that requires all of the countries to maintain similar weapons systems. When Saudi Arabia purchases U.S. defense articles, other countries in the Gulf follow suit. For example, a $7 billion deal to sell three dozen F-15 jets to Qatar and twenty-eight Boeing F/A-18E/F Super Hornets to Kuwait is currently in the works. Furthermore, in the crucial period from 2011 to 2015 (when U.S. defense spending was especially under strain), the UAE was the second-largest importer of U.S. defense articles, after Saudi Arabia. In 2015, the United States sold $33 billion in defense articles and services to the GCC countries. For large American defense companies, such exports are crucial. In recent years an estimated one-quarter of Raytheon’s sales came from foreign purchases. A few years ago, the UAE's $3.3 billion order enabled Raytheon to restart the Patriot production line and add new features. Such purchases save highly-skilled manufacturing jobs in the United States, and, by adding advanced capabilities, will help win new customers unless Congress blocks them from happening.

If Senators Paul and Murphy would have succeeded in their measure, Riyadh would almost certainly have gone to another large military supplier, possibly Russia. Saudi and other GCC officials fear that Iran, which is not only ideologically and theologically diametrically opposed to the Kingdom, but also has a population and territory several times the size of Saudi Arabia, poses an existential threat. The uncomfortable truth is that Yemen is a proxy war in the Saudi-Iranian competition. Riyadh feels that it must win in Yemen against the Houthi rebels (who the Saudis are convinced are sponsored by Iran), and the only way to win is through military power. Saudi Arabia does not have an indigenous military industry to support the war; it has to find military suppliers to sustain its war effort. Had the sale been blocked and Saudi Arabia shifted to Russia, China, or other suppliers for military purchases, other Gulf States would have followed suit, putting in jeopardy an additional tens of billions of dollars in sales by American multinational companies and thousands of highly-skilled manufacturing jobs. Going forward, when considering whether to block arms sales to Saudi Arabia, therefore, Congress should not only worry about the particular sale in question. It should also consider the wider negative implications that a suspension would have on tens of thousands of high-skilled manufacturing jobs all across America, tens of billions of dollars in revenues for U.S. companies, and the wider defense industry.