Why Did Cruz Lose? 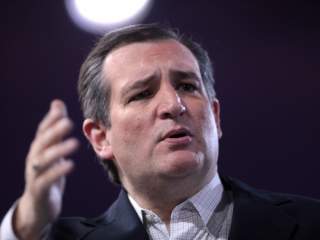 Ted Cruz surprised just about everyone when he announced his running mate last week. The Republican he selected was Carly Fiorina, but it may as well have been Tim Tebow, given just how frantic a Hail Mary it was. Pity Fiorina: she was the veep pick for only one week before Cruz shuttered his presidential campaign. Even Richard Schweiker, Ronald Reagan’s running mate in 1976 who was also elevated in the hopes of securing a primary victory, lasted longer than that.

And so it goes. The final blow was a stinging loss in Indiana last night that saw Donald Trump win more than 53 percent of Hoosiers, who were long assumed to be at the very heart of Cruz Country. After Cruz bowed out, Trump strode to a podium for an uncharacteristically muted victory speech in which he praised to the moon the man for whom he’d invented the epithet “Lyin’ Ted.” As of last night, Cruz was “one hell of a competitor” and a “tough, smart guy” with an “amazing future.” There were other admirable Republican contenders, Trump reminded us, such as—just picking names out of a hat here—Chris Christie, “who endorsed me,” and Ben Carson, “who endorsed me.”

Whether Cruz will take Trump’s blindingly obvious hint and support the man who mocked his wife’s physical appearance and suggested his father played a role in the assassination of John F. Kennedy remains to be seen. Whatever the case, his decision to exit stage right seems politically sensible. As Rare Politics’ Kevin Boyd pointed out yesterday, all Trump needs after an Indiana victory is “to win New Jersey and West Virginia, get 35-40 percent in New Mexico, Oregon, and Washington state, and win around 20 of California’s 53 congressional districts.” Even with Cruz in the race, that was almost certain to happen.

Much else remains an open question this morning, as political observers stagger out of bed, bleary-eyed, Keurig-bound, and under the mounting realization that this Republican primary season, nearly a year long with some of the most flamboyant theatrics of modern times, is essentially over. (John Kasich, bless his heart, isn’t going to prolong it.) For many Republican politicos, it’s a noisome bit of medicine: the project of cementing GOP power in America, following over a thousand elected pickups in the age of Obama, has taken a detour into nationalism and WWE wrestling.

But what happened to Cruz in Indiana? Why did someone who ran such a genuinely savvy campaign not fight until the end? It’s possible Cruz’s social conservatism failed him in a state that endured a bruising religious-liberty battle last year and may not be jonesing for more. It’s also possible he met the same fate as others who went swinging against Trump. Cruz’s approval rating went into a tailspin just as he amplified his attacks on the boisterous billionaire, a trend that roughly matches what happened with Rand Paul and Marco Rubio.

Trump, it seems, has been given a pass to spew invective; his opponents have not. Whether or not they personally like him, Republican voters have decided that Trump is a fixture of their party, a standard-bearer hoisting a sigil that they can march under, and—as countless exit polls have shown—the rightful GOP nominee should he obtain the necessary delegates. Opposition to Trump’s candidacy is far more unbending among conservative elites than conservative voters, who generally want an orderly process where the democratic will is respected. Indeed, perhaps what damaged Cruz the most was his back-room maneuvering to wrest delegates from Trump. It’s safe to assume Republican voters won’t be cottoning to a system of superdelegates anytime soon.

And so the Orange Revolution has taken over the GOP, at least for now. Trump will start pivoting to the general election, where he’ll face an even more daunting task than conquering the party of Lincoln. Polls have consistently found him getting clobbered among independents and Democrats, a sour sign for sure—Mitt Romney won independents by five points in 2012 and still lost the election.

Still, let’s not be too hasty. Hillary Clinton’s approval rating among independents dropped by 15 points over the past four months and the Justice Department has admitted that she is very much under criminal investigation. She’s the feeblest Democratic presidential candidate since at least John Kerry. It’s easy to dismiss Trump as a surefire loser, and many pundits already have, but he’s been proving us wrong for twelve months now. There’s no guarantee he won’t do it again.