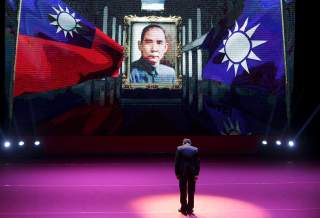 Ian Easton is a research fellow at the Project 2049 Institute and author of the new book, The Chinese Invasion Threat: Taiwan's Defense and American Strategy in Asia.

Editor’s Note: The above draws from the author's new book, The Chinese Invasion Threat: Taiwan's Defense and American Strategy in Asia.