Why Don’t Japanese and Taiwanese Militaries Talk to Each Other? 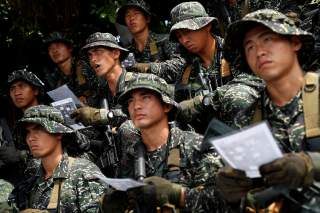 Second, the regional defense / military community should welcome Taiwanese armed forces as observers—similar to the APEC model. Taiwan is a member of the Asia-Pacific Economic Cooperation (APEC) as one of the region’s “economies,” just like Hong Kong. For example, WPNS should invite Taiwan’s navy as a “naval power,” because Taiwan’s naval forces in the South China Sea might become important actors. Under the multilateral framework, Taiwan’s armed forces have to strive for transparency with other members.

Third, JSDF and Taiwan armed forces can open some form of communication in order to prevent an unplanned encounter from creating friction on their shared borders. For example, in 2013 both Japanese and Taiwanese maritime law enforcement authorities opened up a small communication channel under the Japan-Taiwan fisheries agreement. Though, this agreement is not a formal diplomatic agreement, between the Interchange Association of Japan (present name, Japan-Taiwan Exchange Association) and Taiwan’s Association of East Asian Relations (present name, Taiwan-Japan Relations Association). Both associations also signed a Search and Rescue agreement in the same manner. Under this nongovernmental agreement, both Japanese and Taiwanese maritime law enforcement officials have established a communication channel for crisis management. Both defense authorities can look for opportunities to make similar communication channels in order to avoid escalation during an unexpected incident.

For Japan’s border security, and the resilience of the stability in the region, the “Missing Link” is the clear and present danger. Japan has to resolve this “Missing Link” as soon as possible before any friction occurs.

For the United States of America, any friction between Japan and Taiwan will further complicate the U.S. security posture in the region, stress the stability in the Indo-Pacific and have an overall negative impact to global security. The United States must work with its ally, Japan, and its friend, Taiwan, to resolve this “Missing Link” before any friction has unintended consequences.