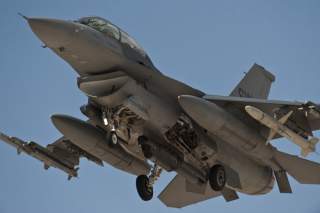 Earlier last week, Turkey announced that it is poised to launch “comprehensive” air operations, in cooperation with the United States, against Islamic State (IS) militants in northern Syria. That announcement is surely welcome news to the Obama administration, whose campaign to degrade and defeat ISIS is now in its second year. Yet this burden sharing entails costs as well as benefits.

Since taking office, Obama has insisted that in the wake of the wars in Iraq and Afghanistan, the United States’ allies will have to shoulder more of the burden in addressing new and ongoing international security challenges. In the campaign against IS, the administration has ruled out the deployment of U.S. ground troops. Instead, the U.S. military has been restricted to launching airstrikes against IS targets in support of local ground forces in Iraq and Syria. Meanwhile, the administration has pressured regional allies, Turkey in particular, to play a more active role in the conflict.

There are certainly benefits to the administration’s approach. Most importantly, it keeps U.S. servicemen out of harms way. In so doing, it shields the war from the intense public scrutiny that invariably accompanies the sacrifice of American lives. Proponents also contend that ceding greater responsibility to regional allies endows military campaigns with invaluable legitimacy. As national security adviser Susan Rice argued in June 2014: “When we spur collective action, we deliver outcomes that are more legitimate, more sustainable, and less costly.”

Yet Turkey’s intervention in Syria is likely to prove that the ultimate goals and objectives of America’s allies will often deviate quite significantly from those of the United States. Already, the Obama administration has encountered substantial difficulty convincing Turkey to engage in a campaign focused solely on eradicating IS. Ankara has long contended that the campaign must also remove President Assad so that a new government, with greater legitimacy, can reestablish authority throughout Syria. That objective is clearly inspired by a fear that permitting the Syrian Kurds to carve out an autonomous zone in northern Syria would establish a precedent that might prompt the Kurdistan Workers’ Party (PKK), a group that Ankara and Washington have both categorized as a terrorist organization, to renew its fight for autonomy from Turkey.

Given that concern, it should have come as no surprise that when Turkey finally agreed, in July, to join in the air campaign against IS and permit the United States to launch airstrikes from bases at Incirlik and Diyarbakir, Turkish forces did not focus on targeting IS. Instead, they launched a series of intense air strikes against Kurds in Iraq, Syria and southeastern Turkey—some of whom have proved to be among the most effective ground forces in the struggle against IS. By enlisting Turkey in the fight against IS, the Obama administration provided a pretext for Ankara to shatter the tenuous ceasefire with the PKK, which had been in place since March 2013.

Instead of contributing to the expansion of the conflict in the Middle East in this manner, the United States would have been wiser to try to contain the violence. Rather than encouraging Turkey to engage in offensive military action, the Obama administration could have focused on pressuring and assisting Turkey to secure its southern border—and not, as Ankara would prefer, through the creation of a Kurdish-free buffer zone in northern Syria. Such an approach could have yielded substantial benefits by disrupting the supply lines through which IS rebels have been able to maintain a steady flow of arms and new recruits.

Of course, Turkey might have renewed its campaign against the PKK even if Washington had not encouraged its intervention in the campaign against IS. And there is little that Washington can do at this point to arrest the escalation of the Turkish-Kurdish conflict. In the future, though, the White House should resist the idea that it can pressure allies into combating threats to international security on Washington’s behalf. Since allies’ goals will rarely align perfectly with those of the United States, they should be expected to pocket the diplomatic gains from being seen to cooperate with the United States while pursuing their own objectives. Although the United States certainly will not be able to prevent states from using military force in pursuit of their perceived interests, it should refrain from providing tempting pretexts for them to do so.

Brad Stapleton is a Visiting Research Fellow in Defense and Foreign Policy Studies at the Cato Institute.