Why Germany Is Right to Publish ‘Mein Kampf’ 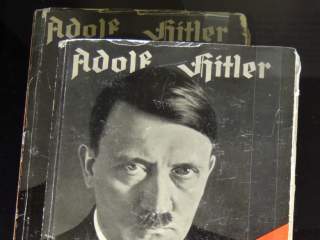 With the publication today of Adolf Hitler’s Mein Kampf, Germany is ending a postwar ban on the work that set the doctrinal base for the Nazi party. The appearance of the volume, which contains quite a bit of editorial commentary to place Hitler’s effusions in their proper historical context, is a good thing. It shows that Germany continues to approach its dark past in a sober and serious fashion.

The volume itself attests to the extraordinary importance that Hitler and the Nazis placed on codifying their evil doctrines. Hitler himself, as Timothy Ryback has shown in his excellent book Hitler’s Private Library, was something of a bookworm. This parvenu from Vienna vaunted himself on his prodigious learning and mental powers. In fact, he did, as Ryback demonstrates, read his way through an imposing corpus of books on abstruse racial theories that served to confirm and elaborate upon what he already believed.

His confinement to Landsberg prison in the aftermath of the failed 1923 Beer Hall putsch provided him with a golden opportunity to further his studies and write Mein Kampf, which became a bestseller in Germany. Hitler had a cozy setup in Landsberg. His accommodating jailers permitted him to receive regular visitors as well as various gastronomical delicacies. In Landsberg he dictated Mein Kampf to his deputy, Rudolf Hess. Cleverly, he allowed the Nazi party in particular and the right-wing movement in general to splinter and engage in in-fighting in Bavaria until he was released from prison in 1925. According to Ryback, “the one book among Hitler’s extant prison readings that left a noticeable intellectual footprint in Mein Kampf is a well-thumbed copy of ‘Racial Typology of the German People,’ by Hans F. K. Günther, known as ‘Racial Günther’ for his fanatical views on racial purity.”

The ability to point to pseudo-scientific theories about race helped Hitler to drum home his conviction about the peril represented by Jews inside Germany. They provided a patina of legitimacy to his rantings, allowing them to be more easily accepted by a German society that venerated learning and science. But will the release of the book, at a moment when Germany is experiencing an upsurge in anti-immigrant fervor, find a receptive audience today? Hardly.

Hitler’s primitive theories about Lebensraum are unlikely to inspire new fervor among Germans for a reprise of the policies that led to Germany not only being shorn of a good deal of its territory but also divided in half for decades. If anything, his book is likely to inspire a new round of soul-searching among Germans about what constitutes a liberal democracy and why Weimar, Germany’s first experiment in democracy, failed by 1933.

Of course, a strong argument could be made that the surprising thing isn’t the failure of Weimar. It’s that it lasted as long as it did. Beset from within and without, Weimar struggled from its very inception in 1919 to become a durable regime. Its aristocratic foes in the military shrewdly forced the Weimar democrats to sign the punitive Treaty of Versailles with its hated war guilt clause, thereby hanging an albatross around Weimar’s neck from the outset.

The appearance of the book today will probably also be cited by supporters of continued immigration into Germany as a lesson from the past about the dangers of demonizing minorities. But can’t this approach also take on aspects of exploiting the past for contemporary purposes? As Malte Lehming, an editor at the Berlin Tagesspiegel recently argued in the National Interest, Germany’s “welcome culture” seeks to render taboo any debate about the consequences of unlimited immigration into Germany.

For much of its postwar history Germany sought to avoid the anti-western Sonderweg, or special path, that was widely believed to have issued in Nazism. The idea was that illiberal traditions had helped to ensure that Germany never became a full-fledged democracy; instead, its delayed birth as a unified country meant that it was more politically immature than its neighbors. Whatever the merits of this thesis, which has come under heavy criticism in recent decades, it is clear that Germany, in attempting to place a taboo on public discussions of immigration, is following its own special path today as well.

But these taboos are breaking down. Germany has been stripped of its comfortable status during the cold war when it was a ward of two hostile superpowers. Debate about Germany’s future is becoming more fervent, which is an unavoidable development. The publication of Mein Kampf, in its own small way, is another indication that Germany is becoming increasingly normalized.