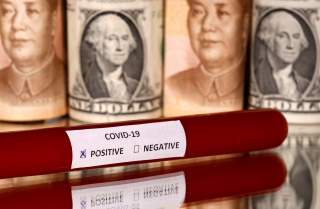 While financial markets gyrate and all fear the economic impact of COVID-19, the Federal Reserve has cut interest rates and hinted at additional monetary ease, while the White House has alluded to tax cuts.  Given the depth of today’s concerns, these policy responses seem inadequate. And in some respects, they are. They certainly will do nothing to stop the spread of this still-mysterious virus. Nor will they do much, anything in fact, to ease the supply interruptions that dominate the disease’s immediate economic effects. They will, however, help should the virus linger and precipitate a classic economic retrenchment. In such a case, these actual and contemplated policy moves will look wise in retrospect.

The immediate futility of cuts in interest rates and taxes is evident in the nature of today’s economic fallout. Fear of the disease’s spread has kept workers from their work, those who are sick, obviously, but also the much greater number who worry or have been told to worry about contagion. Output has slowed, or halted outright, in China and increasingly across the world.

The problems clearly are most pronounced in China, where COVID-19 got its start and remains most severe. Statistics are sparse, but what are available show the impact clearly. Most telling is the release for February of a report by China’s purchasing managers. Their index of production, in which the value of 50 marks the line between expansion and contraction, showed a drop of more than 20 percent, falling from 51.1 in January to 40.3 in February. The manufacturing subsector fell to a low of 35.7. The problems have also extended beyond China. That country’s quarantines have cut off the huge and lucrative flow of moneyed Chinese tourists to Japan, South Korea, North America, and Europe. What is more, producers in all these places have found it increasingly difficult to get needed supplies and parts from China. Apple, for instance, sources many of its products there. The United Auto Workers recently hinted that General Motors may have to close some of its plants because of a lack of parts. It looks as though some 125 prescription medicines in the United States will have to stop shipping because of a lack of China-based ingredients. As the virus has spread to Europe and North America, cutbacks in travel and worktime have repeated the Chinese problem in these locations.

Neither interest rate cuts nor tax cuts can do anything to address these matters. Lower rates might otherwise encourage borrowing for capital investment and expansion, but it is highly unlikely that businesses will invest or expand when concerns about contagion are otherwise idling existing facilities. Tax cuts might otherwise increase take-home pay and so induce people to work and spend more, but it is questionable how much of a response such policies will evoke when people are afraid of sickness and managers are telling existing staff to stay home.  Nor will either action restart the flow of tourists from China or shipments of parts and supplies. Tax and rate cuts help in the face of classic recessions because these reflect a paucity of demand.  Today the problem is a shortage of supplies, parts, and workers.

Should COVID-19 run its course relatively quickly, as SARS and MERS and other similar pandemics did, people would return to work immediately, supply chains would relink almost as fast, and economies would rebound quickly. That certainly is what happened in the case of these past virus scares. Lower interest rates and lower taxes would do little or nothing to accelerate the process and so would look useless, except perhaps as a way to calm nerves. But this does not mean that the policies already implemented or contemplated have no purpose. After all, there is no guarantee that COVID-19 will follow past patterns. If it lingers, something that is entirely possible, the also lingering supply shortfalls would likely engender layoffs instead of pauses and work-at-home arrangements. These would prompt a drop in consumer spending.  Lingering supply problems would also foster other still more permanent cutbacks, including bankruptcies, that would compound the demand shortfalls and could bring on a classic recession. In such an event, the demand stimulus of interest rate and tax cuts would gain their important counter-cyclical roles and look prescient in retrospect.

It hardly matters whether policymakers in Washington are thinking about this longer-term possibility or simply trying to calm nerves by “doing something.” Today’s interest rate cuts and tax cut considerations, though they may look inept in light of immediate problems, would nonetheless position the country to deal with a serious matter should the world miss the luck it had with SARS and other scares and have to deal with a more lasting in COVID-19.