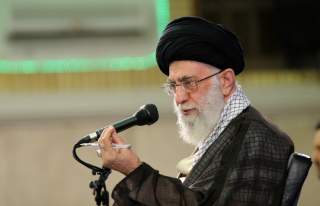 If you were an Iranian official trying to make the case that Iran should go ahead and build a nuclear bomb, you would find that your job just got much, much harder. Far from paving a path to an Iranian bomb, as some critics argue, the Iran deal, if implemented, will greatly reduce the chance that ten to twenty years from now, the world will be facing an Iran with nuclear weapons.

Why? There are several reasons. First, the need to protect against foreign attack is always among the best arguments bomb advocates have. But having just signed a deal with the United States and all of the rest of the world’s largest military powers, Iran’s risk of suffering a major foreign attack just plunged to almost nothing. Even Israel could not realistically carry out a unilateral strike in the face of opposition from all of the world’s major powers. So Tehran’s bomb advocates have just had a key argument seriously undermined.

Second, the provisions of the agreement—cutting Iran’s enrichment capabilities, blocking its ability to produce plutonium, and opening the country to broader and more intrusive inspections—would make it much harder to convince the Supreme Leader that Iran could make the nuclear material needed for a bomb without being found out and stopped. (In Iran’s system, the Supreme Leader, Ayatollah Khamenei, would have the final say on whether to try to build a nuclear bomb.) A bomb program that is less likely to succeed is a bomb program that is less likely to be approved.

Third, the deal’s lifting of sanctions will create an ongoing flow of billions of dollars a year in benefits to Iran—which would be cut off if Iran began moving toward the bomb. Given the nature of Iran’s regime, many of these benefits will be going into the pockets of some of Iran’s most powerful people. They are not likely to support actions that would cut off that new flow of profit.

Fourth, the advocates of compromise—the political opponents of Tehran’s bomb advocates—have just scored a major political victory. Khamenei approved the talks—as he has said himself—with every expectation they would fail. But now President Hassan Rouhani and Foreign Minister Javad Zarif have shown that the United States really is willing to deal, in a way that would lead to a dramatic relaxation of sanctions. With Iranians dancing in the street in joy at the announcement of the agreement, Rouhani and Zarif’s position is stronger, and that of the bomb advocates is undermined. Khamenei—the ultimate balancer of Iran’s factions—is likely to take decisions in other areas to strengthen the hard-line factions and limit Rouhani and Zarif’s power. But there is no doubt that the deal strengthens Iran’s forces for compromise (whose position would likely have been fatally undermined without it).

But what about ten to fifteen years from now, when key restraints on Iran’s enrichment program will expire? Will Tehran’s bomb faction then regroup and win the day? No one really knows. As Niels Bohr and Yogi Berra both remarked, it’s difficult to make predictions—especially about the future. That risk is one of the reasons why the broader inspections the agreement calls for are so important.

But even ten to fifteen years from now, the odds are that nuclear-bomb advocates in Iran will still have much less of a chance of winning their argument than they would have in a world without a deal. Iran will still face much lower military threats to its security, will still be getting a flow of benefits to powerful players who will not want those benefits cut off, and will still have the demonstration that compromise with the West really can bring benefits to Iran. Memories of the West’s ability to impose biting sanctions in response to Iranian nuclear misbehavior will linger—and if Iran ripped up an agreement not just with the United States but with all of the world’s major powers, it would face a serious risk tough sanctions or even military action.

Most of the arguments against moving toward nuclear weapons outlined above, in short, will still hold even when the deal’s restraints on Iran’s enrichment program have faded away. And it’s important to remember that the broad inspections called for by the International Atomic Energy Agency’s Additional Protocol are permanent, not limited to ten to fifteen years. Iran’s legal obligation not to build nuclear weapons is also permanent.

In short, the nuclear deal greatly reduces the chances that Iran’s nuclear-bomb advocates will win in Tehran’s political debates—and hence the chance that the United States, Israel or the rest of the world will have to cope with an Iran with a nuclear bomb.

Image: Office of the Supreme Leader of Iran