Why ISIS Recruits from Uzbekistan and Kyrgyzstan 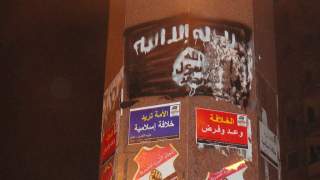 ISIS operatives from Central Asia have been implicated in the Ataturk Airport and Reina Nightclub attacks in Istanbul. The June airport attack was carried out by a Chechen, a Kyrgyz and an Uzbek, ostensibly trained by ISIS. Currently, Turkish authorities suspect a Kyrgyz or Uzbek as the shooter in the Reina New Year tragedy. ISIS has claimed responsibility for that attack and declared war on Turkey. Although it is impossible to confirm how many Kyrgyz, Uzbeks and other Central Asians are fighting for ISIS in Turkey and Syria, The Diplomat reports that most are used for suicide missions.

Since Central Asia receives little attention in the Western press, one might not immediately make the connection between ISIS – a predominantly Arab movement – and Turkic nations of the former Soviet Central Asia. A major advantage ISIS gains from recruiting Uzbeks and Kyrgyz for terror acts in Turkey is the close linguistic and cultural traits they share with Turks: they blend in more easily than Arabs. These characteristics plus a tumultuous history since the collapse of the Soviet Union in 1991 make Central Asia fertile ground for ISIS recruitment.

The Soviet collapse led to the last phase of the Afghan Civil War and the outbreak of conflict in Tajikistan, hostilities that spawned the Taliban and the lesser known Islamic Movement of Uzbekistan (IMU). The IMU’s stated goal was the replacement of the Karimov regime in Uzbekistan with an Islamic caliphate ruled from the Fergana Valley. In order to combat the initial effectiveness of the IMU, Central Asian states – Kazakhstan, Kyrgyzstan, Uzbekistan, Tajikistan and Turkmenistan – restricted movement between the republics to those holding visas. This did not stop the IMU from making dangerous raids into Kyrgyzstan from bases in Tajikistan in 1999 and 2000 before having its fighting capacity severely limited by the U.S. invasion of Afghanistan in 2001. Though the United States and its United Front allies destroyed the bulk of the IMU, its legacy is twofold: 1) establishing the precedent of an Islamic alternative to Central Asia’s authoritarian regimes and 2) the Central Asian authorities’ increasing repression of Islam and political opposition in the region.

The event that epitomizes this legacy is the 2005 Andijan massacre. The Uzbek military’s crackdown on protests in Andijan that combined local citizens demanding better jobs, education and government services and Islamic militants challenging the Uzbek regime left over one thousand dead. An uneasy peace has held in Uzbekistan since. However, with the recent death of Uzbek strongman Islam Karimov many are worried that the fallout from Andijan may manifest itself in violence. But even if stability is maintained, ISIS will have little trouble attracting new fighters from the disaffected population.

The outlawing of Islamic political parties and organizations like Hizb ut-Tahrir, a group whose professed goal is the peaceful creation of a caliphate in Central Asia, has forced many young Central Asians into the arms of radicals operating underground. This despite the fact that resistance in the name of Islam has proved to have had less to do with religion and more with hopelessness, despair and anger generated from oppressive and incompetent rule. The failure of Central Asian governments to make political and economic reforms as well as loosen their grip on Islamic political parties and organizations could lead to greater ISIS-inspired conflict in the region and more attacks by Central Asians abroad. Recent events in Istanbul make it clear that Central Asian ISIS recruits are abandoning this environment to fight for ISIS in Syria and Turkey.

Central Asian governments should make the first step in combatting ISIS a restructuring of the region’s broken education system. Also, though political reform in the region will be slow, it is necessary for Central Asian leaders to open the political arena to opposition groups as well as to cut down on systematic corruption.

The once proud Soviet education system gave way to one infected with deep corruption after the USSR collapsed in 1991. Hallmarks of this include underpaid and under qualified teachers, decaying facilities, inferior and outdated materials and rampant bribe taking. The result is a largely unskilled workforce that relies on patronage and inside connections to get ahead.  Consequently, young, poorly educated Central Asians are susceptible to extremist rhetoric and the prospect of finding meaning and sustenance through ISIS.

In order to improve this situation, Central Asian governments should divert some of their impressive revenues from natural resource exploitation to rebuilding educational infrastructure, in the least increasing teacher salaries to cut down on bribe taking.

Political reform is also vital as Central Asian states face the ISIS threat. Brookings scholar Fiona Hill warned Congress over a decade ago that “an objective and thoughtful analysis of the roots of religious extremism, a long-term commitment to assistance, and careful assessment, coordination, and contingency planning are the only solutions to dealing with the challenges of Central Asia and to achieving success in the war on terrorism in the region.”

As long as the region’s regimes continue to ignore the plight of ordinary Central Asians more will join the ranks of ISIS and commit terrorist acts abroad. The noted Pakistan journalist Ahmed Rashid lamented seventeen years ago that the international community needed to understand “that the future of Central Asia can affect the future of the rest of the world.” This is truer today than ever.

Just ask the citizens of Istanbul.

Dana E. Abizaid has worked for twelve years in Central Asia and Turkey. Currently, he is a history teacher at the Istanbul International Community School and Director of Studies for the Open Society Foundations’ New Scholars Program. Follow him @danaeabizaid.