Why Israel Fears Containment of a Nuclear Iran 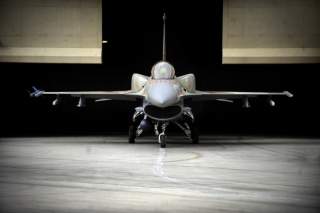 The past seventy years have taught Americans that nuclear weapons can promote stability, but Israel learned a different lesson. While scholars and policy makers in Western capitals contemplate containment scenarios in Iran, Israeli leaders defiantly state: before containment, we will choose preemption.

For containment advocates, Israel’s insistence seems combative and hegemonic. Astute scholars such as Robert Jervis argue that a nuclear Iran might not be disastrous at all, and if handled correctly, may even stabilize the region. After all, North Korea became nuclear, and no nuclear arms race or war has resulted. A nuclear standoff between Israel and Iran, the line goes, would instill more caution into these regional rivals, as has happened between India and Pakistan or the two Cold War superpowers.

But in Israel, a different history was written. In their region, the Cold War wasn't cold at all, but rather an era of bloody proxy wars against Soviet-backed Arab countries. Regardless, Israelis are predisposed to believe that their enemies are irrationally bent on destroying the Jewish state, even at the face of nuclear retaliation. For Israelis, their country is too small to comply with existing mutual-deterrence models, because only two or three bombs are what it would take to wipe out their entire country.

Nuclear deterrence theory requires a “stable nuclear dyad”. But Israelis see themselves as faced with not a single enemy that can be deterred, but rather with a broad league of states and nonstate entities who are out to get them. Such a quantitative asymmetry, Israeli doctrine goes, can only be balanced by securing an overwhelming qualitative advantage. A nuclear-capable Iran, from that perspective, would unravel the existing balance and would leave Israel defenseless against various types of provocation.

In the summer of 1981, Israel attacked Iraq’s nuclear program for precisely those reasons. Israel's leaders chose the risks of confrontation over the potential loss of Israel’s qualitative advantage. Internal records of the Israeli decision-making process demonstrate how integral this calculus was in leading Israel to strike. “We did the [right] deed, not to allow these crazy Arabs to possess nuclear weapons,” said Rafael Eitan, the Israeli Chief of Staff, as he reflected back on the operation. “Three Hiroshima-type bombs could have destroyed Jerusalem.. Tel Aviv.. [and] Haifa” wrote the Israeli prime minister in a private letter to Ronald Reagan, a day after his jets bombed Iraq.

Israel's uncompromising approach may be rooted in its particular culture and history, but for Israeli realists, it is the result of a clear-eyed, pragmatic analysis. There are major challenges in applying deterrence theory in the context of the Middle East, and a historical view of Iraq's nuclear ambitions aptly demonstrates that. Records seized in Saddam Hussein’s palace now validate some of the exaggerated suspicions Israel was accused of in that era. While advocates for Iran’s containment refute some of Israel’s basic assumptions today, it is worth noting that these assumptions turned out being right about Saddam and should at least be seriously considered.

From Pharaoh to Khamenei

Israel’s hypersensitivity is commonly attributed to the tragedies of the Second World War, but its origins run even deeper. Jewish and Israeli children are taught a historical sense of being eternally persecuted and hated just for being Jews. Every year, around the Passover table, Jewish families recite a verse in the Haggadah that asserts: “In every generation, they rise against us to annihilate us,” and even Israel's secular school curriculum includes the reading of similar biblical tales.

In middle school, Israelis are taught the horrible history of the Holocaust, and many students make trips to the death camps. When the Nazis were faced with their defeat, it is emphasized, their leaders sent more troops to the camps rather than to reinforce the front lines. The underlying lesson is that Nazi hatred of the Jews ran so deep and was so irrational that they would pursue it even over self-preservation.

To the average Israeli, the Islamist regime in Tehran is but a continuation of that mystically unending pattern. They view Iran’s leaders as fundamentally opposed to the Jewish state’s very existence, to such an extent that the Ayatollahs would be willing to take high risks and pay a substantial price in order to annihilate it. Statements by Iran's Supreme Leader that “Israel must be burnt to the ground," or Ahmadinejad's “Israel must be wiped off the map,” only serve to reaffirm these entrenched Israeli preconceptions.

These fears are at the core of the Israeli public’s refusal to accept containment of a nuclear Iran, with polls showing a two-third support among Jewish Israelis for a “preemptive” strike as a final resort. In a nation whose military consists of conscripts from all strata of society, and whose homefront is vulnerable to retaliatory attacks, it is the public that expects to carry the full brunt of the war. Yet, believing their enemies will not be deterred by mutually assured destruction, Israelis have shown steady willingness for over a decade to pay a meaningful price before entering a standoff with a "contained" nuclear foe.

Geography also differentiates how Israelis and Americans think of nuclear deterrence. When Kennan formulated “containment” as a strategy to balance the USSR he considered an equal-sized adversary, while Israel faces a broad coalition of disparately larger rivals. In 1948, it was a coalition of Arab states which threatened the creation of the Jewish state; Israel fought a coalition again in 1967, and again in 1973. Each of the countries Israel was fighting was larger than Israel in both size and in population. And today, such coalitions may include nonstate actors such as Hezbollah, or stateless Jihadi elements that cannot be deterred by potential nuclear retaliation.

These conditions drive Israel to seek a qualitative military edge over any realistic combination of enemies, in order to balance their quantitative advantage and secure its own survival. Whereas the American, Russian, Chinese, British, French, Indian, and Pakistani nuclear programs were designed to respond to a nuclear threat, Israel's nuclear capability was primarily conceived to cope with conventional threats. Stability in the Middle East, as far as Israeli doctrine goes, will not be attained through nuclear parity but through a relative parity, in which quality balances quantity.

This logic is very much active today in Israel’s dealings with Iran. Setting aside Iran’s proxies and allies, its landmass is approximately eighty times larger than Israel’s, and its population about ten times greater. Hardliners in Iran point to these facts, calling for Iran to lead the Muslim world’s struggle against the Zionist implant.

Invoking Israel’s size and vulnerability, Iran's former president Hashemi Rafsanjani said the following in his 2001 "Quds day" speech: “when the world of Islam is duly equipped with the arms Israel has in possession, the strategy of colonialism would face a stalemate...application of an atomic bomb would not leave anything in Israel, but the same thing would just produce damage in the Muslim world.”

The message received in Israel is clear—if Iran gets the bomb, forces within it would seek to lead a coalition of Muslim countries against Israel. No less importantly, in a potential nuclear confrontation between the two sides, Iran's leadership believes it will prevail. Is this notion entirely far-fetched? Israeli planners openly say that escalation into nuclear war is highly unlikely. They still refuse to tolerate the risk, however, as the costs of such a catastrophic outcome would be even higher.

If America openly chose containment, it would drive the region into a dangerous period. For Israel and Iran a transition to a mutual-deterrence mindset, considering their size disparities, would create incentives for both countries to assume greater risk. Knowing it would, at worst, suffer damage, Iran may feel emboldened to pressure and confront Israel in more aggressive ways. Predicting this, Israel might choose the risky option of striking at Iran first, preempting such developments, but risking war.

The Middle East has been through this dynamic before, when the possibility of an Iraqi-Israeli dyad began to take form in the late 1970’s. It was in 1974 that Israel’s external intelligence first detected precursors of a nuclear program in Iraq. Over the course of the next seven years, Israel would wage a long campaign of diplomacy, sabotage and subversion against Iraq, which culminated in the 1981 bombing of its nuclear reactor, Osirak.

A close look at the policy-formulation process within Israel's security cabinet in the years leading up to the strike shows that it was premised on two main assumptions: Saddam Hussein might risk his own survival in order to destroy Israel; and that Israel would be incapable of defending itself against a coalition led by a nuclear-armed Iraq.

According to one Mossad estimate, reported by a close aide to the Prime Minister, Saddam Hussein was assessed to be “a hard-headed megalomaniac, cunning, sophisticated and cruel… Willing to take high risks and drastic action… His possession of a nuclear weapon would enable him to threaten and strike Israel and, thereby, win supremacy over the Arab world.” The report added that Saddam would be “prepared to act at an early opportunity, even in the awareness that retaliation might follow.”