Why Japan and the G-7 Need Each Other 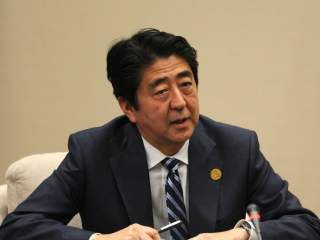 This year’s G-7 summit in Ise-Shima, Japan promises to be historic. Indeed, Barack Obama guaranteed it by announcing his plans to be the first sitting U.S. president to visit Hiroshima after the G-7 summit on May 27, to pay tribute to one of the most impactful events in modern human history: the use of an atomic bomb. The significance and symbolism of Obama’s scheduled visit is meant to promote global nuclear disarmament rather than offering an official apology or opening a painful chapter in war history. Prime Minister Shinzo Abe as host will stand shoulder-to-shoulder with President Obama in a forward-looking embrace of this purpose, confirming the strength of the U.S.-Japan alliance at a time of increased politicization and tensions, which threaten an international order established after the dropping of the atomic bomb on Hiroshima and the end of World War II.

Tokyo’s position on Obama’s Hiroshima visit also subtly reflects Abe’s drive for global leadership to consolidate the G-7’s emerging mission: global governance to protect and preserve the fragile liberal international order. While the international summit’s raison d’être has been under attack in recent years, Abe has a game plan for restoring G-7 leadership. He looks to unleash his newfound foreign-policy energy later this month, as the world bears witness.

Criticism of the G-7 has become almost cliché in recent years. Ian Bremmer’s “G-zero world” popularly captures the argument that China’s absence in international organizations, especially the G-7, inherently limits its global impact. Indeed, the G-20, which China will host later this year and which includes all other BRICS countries, has become the leading alternative, leading Obama to hail the international gathering as the “premier forum for global economic coordination.” After Russia’s 2014 expulsion, the present G-7 appeared to bolster its internal cohesion among more like-minded member states, a prospect recently shattered by Europe’s own economic maladies and internal divisions.

However, critics miss one crucial point: the G-7’s potential for promoting the liberal international order. The liberal international order is increasingly under threat, ranging from China’s assertiveness in the South China Sea to Russia’s 2014 annexation of Crimea to ISIS’s redrawing of the Middle East. International summits, including the G-20, are expected to address such issues. Yet, the reality is that none of these platforms consist of members with as many shared values and as much of a stake in the liberal international order as G-7 members. Moreover, the G-7 has a proven track record for remarkable multilateral cooperation, such as during the 2008 financial crisis—a noteworthy accomplishment given their cooperation with Russia. Ironically, as global crisis threatens the Europe’s economy, unity and the liberal world order, the G-7 can find its new raison d’être as the only platform capable of advancing the West’s much-needed global leadership through its only Asian member state.

Abe is in the strongest position to tap the G-7’s dormant potential. Unlike his American and European counterparts, who are constantly vexed by domestic issues and the Middle East, the Japanese leader has emerged as a risk-taker willing to mobilize his country’s resources to resolve various issues around the globe. His “Diplomacy Overlooking the Globe” took him to Eurasia’s heartland, where Japan’s $20 billion investment in Turkmenistan’s Galkynysh gas field led to the much-awaited inauguration of the Turkmenistan-Afghanistan-Pakistan-India (TAPI) pipeline, a feat the United States sought in vain for more than two decades after the Soviet collapse in 1991. From Latin America to the Middle East and Southeast Asia, Abe’s belief in Japan’s unique global role that compliments its American alliance and closer cooperation with other developed democracies of Europe has never been more timely for the G-7.

Perhaps most importantly, Abe’s emerging foreign policy towards Russia stands to provide other G-7 members with an alternative approach to the ongoing Ukrainian crisis. During his May 6 summit with Russian President Vladimir Putin in Sochi, Abe called for Moscow’s compliance with the Minsk Agreement while proffering a concrete plan for economic cooperation as a path toward improved bilateral relations. Meanwhile, he also demanded Kiev’s adherence to the 2015 agreement during his April summit with Ukrainian President Petro Poroshenko. Abe subsequently confirmed Japan’s financial commitment of $1.8 billion to Ukraine, as well as other forms of cooperation, such as the development of Kiev’s cyber police. By simultaneously engaging with Moscow and Kiev, Abe has effectively injected Japan into the in Ukrainian crisis as a stakeholder bridging the two opposing countries.

Having recently demonstrated his drive for Japan’s globalizing foreign policy, Abe aims to revive G-7 leadership by addressing various issues affecting the liberal international order ranging from terrorism to the Eurozone crisis. He is particularly aware that like his domestic leadership in Japan that rests upon the success of his “Abenomics” agenda, resolving Europe’s economic ailment is key to realizing his grand vision. Therefore, he envisions an ultimate scenario in Ise-Shima similar to the outcome of the 2008 summit: a G-7 joint declaration for implementing economic measures, including fiscal stimulus.

This can be a tall order even for Prime Minister Abe as the host, especially at a time when Japan’s economic performance is also slowing. Indeed, during Abe’s latest European tour in early May, he and his European counterparts, especially Germany’s Chancellor Angela Merkel, differed over the use of fiscal stimulus as a solution to the stagnant global economy. Moreover, Japan’s monetary policy has recently failed to prevent the Japanese yen from strengthening, leading to speculations of negative future GDP growth.

Regardless of the feasibility of his ultimate game plan, Abe’s foreign policy energy and his recent track record augur well for the G-7, as its leadership is in high demand due to various threats to the liberal international order. Abe’s enthusiasm for G-7 leadership is a much-needed stimulus, not only for reviving the European economy, but also for reawakening the West’s indispensable role in leading global governance. As G-7 leaders arrive in Ise-Shima later this month, they will hopefully draw inspiration from an Asian leader eager to bring back what he believes is the West’s responsibility to lead.

Joshua W. Walker, PhD (@drjwalk) leads the Japan work at the German Marshall Fund of the United States, teaches Security Policy at George Washington University and is Vice President at APCO Worldwide where he leads the APCO Institute where Hidetoshi Azuma is an Adjunct Fellow and Master’s student studying Security Policy at GWU.