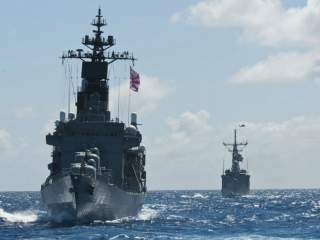 “The future that has already happened.” That is how Peter Drucker described the relevance of demographics. Around the world, policy makers are starting to agree, and governments are taking unprecedented steps to prepare for the next generation. After more than three decades, China has abolished its one-child policy in a dramatic departure from a core Communist Party position. The Japanese government under Prime Minister Shinzo Abe has set the country’s first numerical target to stabilize the population at 100 million over the next 50 years, breaking a postwar political taboo. A consensus is reemerging that demographic trends are a crucial factor determining the fate of nations.

Japan is in the midst of a silently unfolding crisis. The figures are staggering. The country’s population peaked in 2008 at around 128 million and has been in decline ever since. Today, there are fewer than 127 million people in Japan, and its population is falling by nearly three hundred thousand a year, according to the National Institute of Population and Social Security Research. By 2040, Japan could be losing one million people a year. These numbers add up. By the end of the century, Japan’s population could fall to as little as fifty million—equivalent to what it was in the early 1900s. Japan is also the fastest-aging society in the world. Its working-age population peaked in 1995, and today one in four Japanese is over the age of sixty-five. By 2050, it could be two of every five.

At the same time, Japanese are having fewer children than before. In 1990, the country experienced what has been termed the “1.57 shock,” when the fertility rate dropped to its lowest level yet. Since then the fertility rate has fallen further, to around 1.4, well below the replacement rate of about 2.1 births per woman. There are few signs that this will improve. Belated pronatal government policies, such as tax incentives and attempts to make more childcare facilities available, have been largely ineffective, while a growing proportion of the population is delaying marrying or opting to become “lifelong singles,” which generally means fewer children. Globally, Japan is being recognized for the wrong things—a country with sexless youth, more registered pet cats and dogs than children under fifteen, and a market in which adult diapers outsell baby nappies. But beyond the negative consequences for the Japanese brand, the geopolitical implications of these demographic shifts are profound.

Historically, societies have been concerned with population growth and with the survival of their likeness. Religions have called for humans to “be fruitful and multiply.” Nations, in particular, fear population decline, as it is believed to be a harbinger of national weakness and defeat. Japan is no exception, and the nation should be weary of becoming marginalized in regional and global affairs. By 2050, Japan stands to lose its seat among Asia’s “population G7”—a grouping that will then consist of India, China, Indonesia, Pakistan, Bangladesh, the Philippines and Vietnam. To be sure, a large population doesn’t guarantee an increase in regional stature, but history has yet to provide an example of a declining population that is able to significantly build on its clout. If Japan is serious about being a leader in shaping the future Asia-Pacific regional architecture as a liberal-democratic state, it must not only concern itself with moral authority, but it must also be conscious of the regional population dynamics.

In 1904, Sir Halford Mackinder, the father of modern geopolitics, wrote, “Man and not nature initiates, but nature in large measure controls.” Demography is the underlying determining factor that poses the principal challenge to Japan’s national revitalization and attempts to overcome the legacy of its lost decades. The impending population bust threatens to undermine not only the success of Abenomics, but also the future of defense-policy reforms. It will deepen security risks and could ultimately result in Japan’s marginalization in the Asia-Pacific.

Population is power. After the devastating defeat in World War II, Japan benefited from a “demographic bonus” that paved the way for the nation’s economic growth and reemergence on the world stage. Conversely, since the 1990s a “demographic onus” has intensified its financial plight. Japan’s population decline is both an indication and perpetrator of Japan’s lost decades of chronic deflation and stagnant growth. Despite Prime Minister Shinzo Abe’s assertions that “Japan is back,” the lost decades are far from over. In an April 2015 report, the International Monetary Fund revealed the urgency of the need to redress fiscal imbalances, which have risen to unsustainable levels. The report warns that Japan’s debt level could balloon to 250 percent of its gross domestic product by the end of this decade. The heavy burden of a growing national social-security budget is a major source of this debt. A decade ago, social-security spending, which includes pensions, healthcare and nursing for the aged, was already a quarter of the national budget. Today, this figure has grown to a third, surpassing all other expense categories. To be sure, Abenomics is targeted specifically to reduce the public-debt burden and help Japan break away from its decades-long slump. Notwithstanding some positive short-term results such as the rise in stock prices as well as the dramatic boost in inbound tourism propped up by a weak yen, the jury is still out on the long-term viability of Abenomics. Indeed, Japan’s demography is the very issue that needs to be prioritized in order to avoid repeating the mistakes of the lost decades and escape its cycle.

Japan’s response to the emerging demographic trends in recent decades can be characterized as a crisis-less sense of pessimism and political procrastination. Countermeasures throughout the 1990s and into the 2000s were reactive, short term and limited in scope. The various pronatalist schemes have been largely unsuccessful, meeting with fierce opposition. First, the legacy of World War II is a key obstacle. Many Japanese still remember how pronatalist government policies were introduced during World War II to encourage women to give birth for the “nation’s sake.” It is therefore no surprise that a strong antipathy to what is perceived as government interference into the private lives of individuals still exists. Next, in a nation that imagines itself to be ethnically and culturally homogenous, immigration as a solution is still a politically sensitive topic. Likewise, when it comes to dealing with issues that are unpopular with the elderly electorate, such as reducing pensions, procrastination is a lower-risk option for those in power.

To be sure, the current government is doing more. As a core feature of Abenomics 2.0 set forward in September 2015, the government pledged to raise the birthrate to the “publicly desired level” of 1.8 children per woman, and further advance structural reforms to ease the burden of child and elderly care for working generations. Regional revitalization has also been identified as a major strategy to prevent the disappearance of rural areas caused by an overconcentration of the population in large urban centers. But such measures are far from sufficient and may be too little, too late. Like the lost decades, the approach does not match the urgency of the issue at hand. For example, the vanishing of regional areas is close to tipping point, and the crisis is fast moving towards the cities.

Japan must brace itself for a “Greater Metropolitan Area Shock.” In particular, policy makers have been overly complacent in their attitude towards Tokyo. The fact that Japan’s largest and overcrowded city, which is sucking in the rest of the country’s population, could soon be affected is unthinkable to many. But population decline and the ripple effects felt far from the capital are starting to hit greater Tokyo to a similar degree.

At the moment, Akita prefecture in Japan’s north and Shimane prefecture in its west have the highest percentages of elderly citizens in the country, each at around 30 percent of their residents. However, projections show that this will soon be matched by Chiba prefecture in 2022 and Saitama prefecture in 2028—both in commuting distance from central Tokyo. In 2013, Yokosuka city in Kanagawa prefecture, next to Tokyo, was already named as the city with the largest population loss (despite having a rate of decline of only 0.5 percent).

What does this rapid shrinking and aging mean for greater Tokyo? The cities are being transformed into “limited villages” where the local government can no longer offer the basic public services such as road maintenance, schools and medical care. For example, in 2008 Chiba’s Choshi city hospital was on the brink of closure. Although it managed to restart operations in 2010, the future looks bleak. Such cases are becoming the norm. Other symptoms of the population decline and aging are vacant housing, too few supermarkets and the breakdown of the social fabric within communities. Japan must now reformulate its thinking. No longer is it appropriate to imagine the population problem in terms of Tokyo versus regional areas, as both are now facing the same challenges. Similarly, Japan must move beyond the lost decades with its lack of an overarching strategy and governmental ministries taking a parochial approach. For Japan’s revitalization to be successful, a coordinated response between the various government ministries is urgently needed to address the multifaceted nature of the problem. Going one step further than the Abe administration’s new “Council for Promoting the Dynamic Engagement of All Citizens,” that covers the three arrows of a robust economy, childcare support and social security, a standalone “Ministry for Next Generation Issues” should be established to engage all of the potential areas that demographics can impact the nation. Similarly, Japan must move to establish a long-term bipartisan investigation commission on population issues attached to the prime minister’s office, in order to overcome the potential negative inconsistencies caused by a change in administration.