Why Joe Biden’s China Strategy Is Destined for Failure 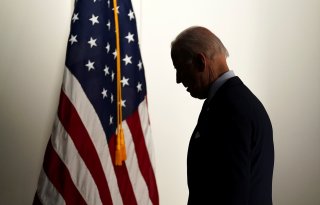 The U.S. relationship with China under the Biden administration is off to a rocky start if the first high-level meeting between the two nations is any indicator.

President Joe Biden, who cast himself as someone who would smooth relationships with foreign adversaries, can’t have been happy to see the American delegation embarrassed by the Chinese during a recent summit in Alaska.

“Many people within the United States actually have little confidence in the democracy of the United States,” Yang asserted, referencing the Black Lives Matter movement. “The United States does not have the qualification to say that it wants to speak to China from a position of strength.”

Rather than defend the United States against this charge, Blinken incredibly chose to concede the point, saying, “A confident country is able to look hard at its own shortcomings and constantly seek to improve, and that is the secret sauce of America.”

Even liberal publications were aghast at the way the Chinese steamrolled the apparently unprepared American contingent.

Around the world, those who support the Chinese position were jubilant in their celebration. “The Chinese-language coverage of what happened in Anchorage is very, very proud,” noted China expert Dean Cheng, calling it a propaganda victory for the communists.

The Biden administration did subsequently announce sanctions against two Chinese government officials over the nation's horrific record of human rights abuses and ongoing genocide. But this is barely a slap on the wrist in light of the magnitude of the offenses. “China and the Chinese Communist Party think that they're winning,” said former Trump National Security Advisor H. R. McMaster.

But being way off base on matters concerning the Chinese Communists is nothing new for Biden.

On the presidential campaign trail in 2019, Biden infamously downplayed China as an economic power, declaring that they were “not competition.” He acted incredulous that anyone could ever believe the opposite, asking condescendingly, “China is going to eat our lunch? Come on, man.”

“I mean, you know, they’re not bad folks, folks. But guess what? They’re not competition for us,” he continued, making clear that not only was he wrong, but he was certain of it.

Biden’s penchant for fumbling China issues continued into 2020 when the coronavirus pandemic began to sweep the globe. For example, when former President Donald Trump moved to restrict travel from China to the United States, Biden opposed it, calling it “xenophobia” and “fear-mongering.”

More than two months later, after it was clear that Trump’s travel restrictions had saved American lives, Biden’s campaign played clean-up for him. A spokesperson claimed Biden had always supported the ban, although no one—including the candidate himself—had ever said so.

Meanwhile, China lied to the entire world about the scope and deadliness of the virus outbreak and enlisted the aid of the World Health Organization (WHO) in that deception. Incredibly, China even blamed the American military for spreading the virus. In fact, the Chinese continue to allude to American military involvement to this day.

Against this backdrop, Trump rightly determined that American taxpayers would no longer help fund the WHO if it continued to defer to China. Upon taking office, however, Biden unconditionally reversed that decision and effectively rewarded the bad actors who had impeded the global response to the pandemic in the first place.

Biden’s mistakes regarding China are alarming enough on their own, even without considering the financial ties to China his son Hunter has maintained for years. While his father was vice president, Hunter Biden rode aboard Air Force Two to Beijing, conducted meetings, and scored a massive deal with the state-owned Bank of China. One of Hunter Biden’s former business partners alleged that Joe Biden was aware of the various schemes and even had a part of some of them.

There’s a reason former Obama Defense Secretary Robert Gates said that Joe Biden has been “wrong on nearly every major foreign policy and national security issue over the past four decades.”

For a guy who expresses complete confidence that no one sees things as clearly as he does, Joe Biden sure botches things a lot.

Tim Murtaugh is a visiting fellow at The Heritage Foundation. He is the former communications director of President Donald J. Trump’s 2020 reelection campaign.