Why Joe Biden Is Headed for Failure 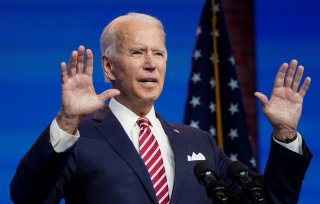 Since 2008, Americans have launched themselves into one of their periodic recastings of their society. After Barack Obama and Donald Trump, two varieties of hope and change, just about everyone’s nerves are frayed. Domestically, the Biden-Harris administration should recognize that it was elected as a kind of half-time breather to give the public a break from politics, that it did not win in a “blue wave,” and that the right response is to encourage a national cool-out. Will it follow this course and seek to incorporate the successes of the Trump interregnum? Certainly not: the purpose of partisan government is to erase the traces of the previous regime and prevent its revival in the next elections. Will America’s rivals encourage this pause and the continuity in foreign policy that might ensue? No way. They’re winning.

The bipolar discontinuity between the Obama and Trump administrations’ foreign policies was not a freak event. It is the new normal. The Biden administration will be staffed by veterans of the Obama administration, and will revert, as far as possible, to Obama-era policies. Yet the 2024 elections are more likely than not to issue in a Republican presidency that flips back to Trump-era policies. This oscillation will persist until consensus, which collapsed during the George W. Bush presidency, is restored on a realistic footing. Until then, the United States will continue to be an unreliable ally. Has any previous status quo power been such a destabilizing force in world affairs?

And there is no guarantee that the consensus will be restored at all. The Trump presidency introduced an alternative to the spent consensus of the 1990s: call it vulgar realism. Unforgivably, Trump succeeded where the foreign policy professionals and the amateur politicians had failed. The new administration will do its utmost to ensure that there cannot be a repeat of the accident of 2016. The erasure of Trump’s legacy will not advance the American interest, but it will be splendid for some people’s careers.

Trump was remarkably acute for a man whose prior knowledge of the world was limited to golf courses in Scotland, though that might have helped him pick a winner when it came to Brexit. Admittedly, the lunacy of waging wars for peace in spaces on the map that Americans persist in calling “nations”—despite all evidence to the contrary—was already obvious. And admittedly, Trump allowed the generals to slow-walk the withdrawal from the remains of Afghanistan and Iraq. But it takes skill and determination to avoid hostilities when you control the mightiest war machine in history. And no one wants to be President Loser.

Trump recognized that “Chimerica” had become a chimera. No stranger to how one hand washes the other, he drew an explicit link between a foreign policy that refused to take Chinese ambitions seriously—respectfully, even—and domestic policies that encouraged the outsourcing of production. He also understood that the Cold War principle of dissuading Russia and China from forming an alliance still applied. Unlike Obama—and, we can assume, unlike the Biden administration—Trump knows that China, not Russia, is the real threat to American power. Joe Biden claims to be a late-life convert to Sino-skepticism. We should believe it when we see it. And we’re not going to see it.

Trump had the most successful Middle East policy of any American president. The denigrators will say that he had luck and that the timing was propitious, but what is strategy without luck and timing? He undid the Obama administration’s reckless attempt to establish a nuclear balance of power on a double fault line: between Sunnis and Shias, and between Israel and a theocratic regime dedicated to its destruction. He avoided a shooting war with Iran, and presided over not just the opening of warm ties between Israel and the UAE and Bahrain, but the development of a new strategic alignment that runs from India to the Gulf to the eastern Mediterranean and across southern Europe to London. In a rare moment of agreement with Barack Obama, Trump surmised that NATO’s European members were almost all “freeloaders.” Unlike Obama, he forced them to promise to contribute their statutory 2 percent of GDP. Will Biden enforce that promise? Probably not. Will he attempt to revive the Iran deal, turn on the United States’ regional allies Israel and Saudi Arabia, and block a promising strategic development in Asia—and fail, making war more likely? Probably.

The era of presuming upon the infinite extension of the post-1945 American-led order is long gone. So too is the luxury of believing that lines drawn in the sand and sea decades ago enjoy universal credulity. The new administration might continue the revision of American foreign policy that Mike Pompeo did much to advance. If the world is splitting into American and Chinese spheres, each with its legal norms, then economic and strategic policies must be aligned. But the new administration shows every sign of attacking the legacy of Trump’s foreign policy out of principle—or the lack of it.

“We’re back in the game,” says Joe Biden, a president who cannot take his dog for a walk without falling over it and twisting his ankle. Biden will lose his footing in the first foreign-policy crisis that comes along. He will fall back on his advisers, and the professional bumblers will make it worse. Perhaps this administration will match the Trump administration’s success in avoiding a futile war. Perhaps it won’t.

Dominic Green is Deputy Editor of The Spectator’s U.S. edition.