Why Leaving the Open Skies Treaty Is a Mistake 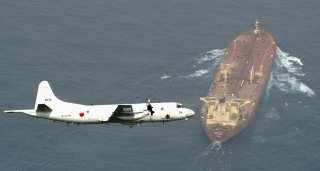 In the week prior to Memorial Day, the Trump administration made several decisions that bring the United States and the world closer to the situation nearly as dangerous as the Cuban missile crisis of 1962. On May 21, 2020, it gave six months’ notice of its intent to withdraw from the Open Skies Treaty, a step retired Air Force general and former CIA and NSA Director Michael Hayden called insane.

Like any treaty, the Open Skies Treaty has not worked perfectly. Officials in the United States have alleged that Russia has violated it. For example, Moscow has limited the distance of some flights over the Russian enclave of Kaliningrad to a maximum of five hundred kilometers since 2014 and blocked all flyovers near the border between Russia and Georgia since 2010.

However, while it is true that these restrictions are violations of the treaty, they have had little real effect on our monitoring ability. Further, the United States has responded by blocking proposed Russian flights over the Pacific Fleet in Hawaii and missile defense interceptor sites in Alaska. Still working to identify and resolve violations is part of enforcing any treaty, and, in the past, the United States and Russia were able to successfully resolve issues that came up.

But overall, the treaty has benefited the United States, which is a much more open society than many of the other signatories, especially Russia.

For example, four Democratic members of the U.S. Congress noted in a letter to the Trump administration, under the treaty, the United States was able to conduct flights in 2014 after Russia annexed Ukraine and in 2018 when the Russians seized three Ukrainian ships and their crews in the Black Sea. Ironically, the United States has overflown Russia three times more often than Russia has overflown the United States. Moreover, the other partners to the treaty have conducted more than five hundred additional flights over Russia since 2002 and they believe that the treaty remains functional and useful.

Most important, however, withdrawing from the Open Skies Treaty will continue the process of undermining the arms control regime between the United States and Soviet Russia that has been built up over the decades, starting in 1972 under President Richard Nixon. President George W. Bush began the process of undercutting this arms control regime in 2002 when he unilaterally withdrew from the Anti-Ballistic Missile Treaty. Trump accelerated the decline by unilaterally withdrawing from the Intermediate-range Nuclear Forces (INF) treaty and refusing to take Russian president Vladimir Putin up on his offer to extend New START, which expires in February 2021, for an additional five years.

In short, there is no sound basis for pulling out of the Open Skies Treaty. Rather than withdrawing, the United States should be upgrading it on aging observation planes to match Russia’s more advanced aircraft and discussing ways to modify and revive the now-defunct INF treaty and extend New START.

Unfortunately, rather than doing that the Trump administration has made the situation worse by actually considering whether to conduct the first U.S. nuclear test explosion since 1992 as a way to pressure Russia and China into making a new trilateral strategic nuclear arms deal. Such a step would doom the Comprehensive Test Ban Treaty and would likely spark a new arms race.

Moreover, on the day the United States announced it was withdrawing from the Open Skies Treaty, Trump’s new arms control negotiator, Marshal Billingslea said the United States is prepared to spend Russia and China into oblivion in order to win a new nuclear arms race with them.

As former Secretary of Energy Ernest Moniz and former Chair of the Senate Armed Services Committee Sam Nunn point out, “Comprehensive, verifiable arms control agreements have enhanced U.S. national security over the past fifty years, through Republican and Democratic administration’s alike. Tearing them up without viable alternatives threatens U.S. and allied security today and for years to come.

At a time when the world is facing an unprecedented public health and economic crisis, the United States should be leading the international community, cooperating with allies, and avoiding actions that could further destabilize the international environment. The decision to withdraw from the Open Skies Treaty does the opposite. Hopefully, during the next six months, the Trump administration will reconsider its plans to withdraw.