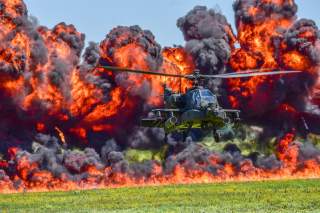 Imagine you are a department head in a small company. You love your job and the people you work with. One of your responsibilities includes managing a $50,000 operations budget. One year, upper management tells you they can only give you $35,000 right away. The remaining $15,000 will come “soon.” You cut some corners and make some educated guesses. Time goes by. You cut some more training and travel. The $15,000 never comes. You ask your boss when it might show up. “Next month,” he says. Finally, with two months until the end of the year, management delivers the $15,000. You scramble again to meet deadlines. You received all the money you needed, but everything was three times harder than it should have been. The customer is happy, but everyone around you is miserable. Your team never makes up the lost training. You mention how inefficient the year was to your boss. He shrugs and says, “But we gave you the whole amount. You met your goals. What’s the big deal?” Now, imagine this kept happening . . . year after year. Would you quit? Would the company fail?

Sadly, this scenario is not hypothetical. The “small company” is our Department of Defense and you are the customer. Instead of $50,000, the real number is around $650 billion annually—the largest slice of the U.S. discretionary budget. Our servicemen and women don’t build widgets. They build military readiness. That readiness defends you and your family from very real threats around the globe. Every year since 2010, U.S. soldiers, sailors, airmen and Marines built military readiness while battling budgetary uncertainty. Last year, the president signed a $1.1 trillion federal budget on May 5, 216 days late. Over those 216 days, Congress passed two separate continuing resolutions to keep the government funded at last year's levels. As a result, the U.S. military operated on the previous year’s budget for the first two quarters. Most accounts started the year short 3–5 percent. That sounds relatively harmless. The government stays open and money keeps moving. Unfortunately, over time, this harmless-sounding budgetary tool causes very real damage.

Every year, military staffs around the globe work on planning and executing future budgets to make efficient use of your tax dollars. For almost a decade, budgetary mischief wasted much of this work. While operating under a continuing resolution, the military cannot enter new contracts or start new programs. Any planned increases in spending are held hostage. Due to budgetary uncertainty, training in the first quarter is postponed, cancelled or not planned at all. New programs are delayed and maintenance is deferred. No one in the military knows when expected funds might show up. Occasionally, after cancelling training exercises earlier in the year, large amounts of money are dumped in military planners’ laps. By then, optimum training times have passed by. Highly inefficient spending occurs. Units that don’t need the training get it or, worse, the money is not spent and opportunities are lost.

As the commanding officer of a U.S. Navy helicopter squadron, I witnessed effects of continuing resolutions on readiness. Sailors lost important training opportunities because the money we needed was not on hand at the right time. We didn’t always need more money. We needed it on time. Due to an unforgiving schedule, when a mechanic missed a school or a pilot missed a training sortie, the opportunity was gone. The lost training introduced unnecessary risk. I was fortunate. I did not experience a fatal mishap in my squadron as a commanding officer. Some of my peers were not as lucky. Tragically, most of these mishaps are caused by human error. As a commander, I mitigate the risk of human error through training and repetition. If our ability to train is reduced, in the end, the military is not as good or as safe as it should be.

Congress knows that continuing resolutions are bad. Over the past few weeks, Republicans and Democrats in the House and Senate all decried their use. Representative Adam Smith just called a potential full-year continuing resolution “borderline legislative malpractice, particularly for the Department of Defense.” There is general agreement this madness needs to stop. The Senate and House recently approved substantial increases in military funding for next year. Unfortunately, we are set up for yet another continuing resolution. Political gridlock will hold that increase in funding hostage yet again. Hyper-partisanship and finger pointing continue to rule the day while our military silently grinds along.

Until recently, through ingenuity and resourcefulness, the military largely endured this decade of budgetary neglect. Now, it has reached the breaking point. The impacts are obvious and devastating. According to analysis from the Military Times, at least fifty-six service members have been killed or injured in noncombat incidents since the beginning of June. Tragic mishaps involving the USS John S. McCain and USS Fitzgerald resulted in the loss of seventeen sailors and extensive damage to two critically important ships. Although the investigations are ongoing, they will likely point to deficiencies in training and material readiness as contributing causes. It will not be hard to connect these deficiencies to a decade of continuing resolutions and ever increasing levels of “acceptable” risk. I am often asked what the public can do to thank the military. Here is my answer: Write your Congressman. Demand a budget on time.

CDR Dan Keeler is the former commanding officer of a helicopter squadron and currently serves as a Federal Executive Fellow at the Brookings Institution. The views and opinions expressed are the author’s alone and do not represent the official position of the U.S. Navy, U.S. Department of Defense or U.S. Government.