Why NATO Must Transform for the Twenty-First Century 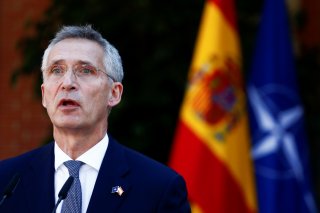 Two years ago, I recorded a Newport “NWC Talk,” based on an article I wrote for the National Interest, on the occasion of the seventieth-anniversary celebration of the Washington Treaty with the provocative title, “Will NATO Live to 75?” While my answer back then and to this day still remains affirmative, the probability has decreased. This despite the assertions that difficulties within the alliance could be attributed to the presidency of Donald Trump, and that with the arrival of Joe Biden at 1600 Pennsylvania Avenue, the process of trans-Atlantic rejuvenation would begin. In fact, this suggests that what ails NATO is less about personalities and is rooted instead in the structures of the alliance.

NATO’s Secretary-General Jens Stoltenberg bluntly sums up the key problem: “Just look at the numbers: eighty percent of NATO’s defense expenditure comes from non-EU allies.” Thus, the strategic perspective and priorities of the three principal non-EU NATO states—Turkey, the United Kingdom, and the United States—runs up against the conflation of NATO’s mission with the defense of “Europe.”

First, the question of Turkey. Two years ago, the fervent hope of many was that the decision by Recep Tayyip Erdogan to go ahead with the purchase of a Russian S-400 air defense system would be a one-off crisis, a bump in the road, to be sure, but not a major ongoing cancer. However, not only did Turkey take delivery of the first system, it is now in talks for a second system, and is exploring cooperation with Russian defense industries in the development of a jet fighter and submarines. Erdogan’s decision to turn to Russia for defense items that his NATO partners are either reluctant to sell (or to transfer the relevant technologies) arises out of his assessment that Turkey lives in a dangerous and unstable neighborhood (Syria, Iran, and Russia). Yet Erdogan does not trust that his NATO partners will give Turkey the backing he seeks, or that they will not find ways to avoid making commitments to Ankara. In turn, Erdogan has decoupled Turkey’s relationship with Russia from a larger NATO perspective, showing that Ankara will not sacrifice vital interests with Moscow as a gesture of solidarity to other NATO allies and partners. Ankara is well aware that recent criticism of the Hungary-Russia gas deal—which completely excludes Ukraine from any role in transit—is an indirect criticism of Turkey for its desire to play a greater role in helping Russian energy exports reach Western markets. Erdogan has shown—by his willingness to sell drone technology to Ukraine or to push back against Russian influence in the Caucasus—that Turkey is not going to accommodate Moscow’s preferences in every regard, but at the same time, Erdogan is not going to carry water for NATO allies who, once they are wearing their European Union hats, do not seem inclined to do Turkey any favors.

And now we have the conclusion of a landmark Greece-France defense pact, pointedly described by Greek prime minister Kyriakos Mitsotakis as a key step for the defense of “European interests” in the Mediterranean, and which, in stronger language than what is employed in Article 5 of the Washington Treaty, commits both parties to respond “with all the means at their disposal, in the event that armed force is needed, if they both ascertain that an attack is taking place against the territory of either.” (Article 2). Left unsaid is that this pact would be activated even against fellow NATO ally Turkey. The French, in turn, see this as the beginning of a process to create a separate European defense and security pact, in part because both Athens and Paris are less trusting of Washington’s commitment to European security—but a definition of European security that may allow for greater accommodation of both Russia and China than the United States might be comfortable with.

President Emmanuel Macron has made it clear that he views NATO’s role in limited geographic terms, bounded by the Atlantic basin, which calls into question how far east across the Eurasian plain NATO’s remit should fall—especially in terms of relations with Russia—as well as the idea that NATO should be playing a more active role in partnering with U.S. friends in the greater Indo-Pacific basin. Yet both London and Washington view the rise of China as a global, not merely a regional challenge, and want to see Western states in closer security collaboration with Pacific partners. However, the conclusion of the Australia-U.S.-UK defense pact also signals that neither London nor Washington want this process to be subject to a European veto.

But a greater focus on China also has implications for the relative importance of Russia in the threat matrix of different European allies. One defining characteristic of the Biden administration has been to subordinate other considerations to developing and strengthening a coalition of European and Asian partners to balance China. Even relations with Russia are now seen in this framework. Declining to push sanctions on the Nord Stream II pipeline, which would have negatively impacted German firms (in order to keep Germany on board with recognizing China as a NATO-level challenge), and being less disinclined to challenge European, Indian, Japanese and Korean engagement with Russia (as a way to disincentivize Russia from moving closer to China and keeping Moscow more as an independent balancer than as Beijing’s junior ally) fits into a world view that the Russia challenge is less existential to the United States. For some of NATO’s eastern tier allies, however, steps taken to try and keep Russia from moving closer to China have the added problem of strengthening Russian capabilities and making Moscow a more capable challenger in its immediate neighborhood.

Stoltenberg has his work cut out for him. To those NATO members that do not want to be drawn into a U.S.-China confrontation—certainly not over matters like Taiwan—the Secretary-General stresses that China is neither an adversary nor an enemy to the alliance, while promising that the alliance will seek to deepen ties with its strategic partners in Asia (such as Japan, Korea and Australia). For some NATO allies, their security depends on extending the Euro-Atlantic security zone further into post-Soviet territory; others believe that Europe has a sufficient defensive perimeter with Russia. Allies on paper may not look at each other as real security partners in fact.

None of these portends the dissolution of the alliance, and the infrastructure it has constructed over its seventy-two years of existence is not to be disregarded lightly. No NATO member is willing to leave, and there is no mechanism for expelling members. Yet the AUKUS deal and the Franco-Greek pact point to what is likely to be the defining characteristic of the alliance in the mid-2020s, not a mighty coalition of thirty states but a toolbox where states will use the practice and interoperability of the alliance to form smaller groups or temporary coalitions of the willing, and where some states will take part in joint activities while others bow out. Stoltenberg notes that NATO is “constantly adapting” to changing world conditions. NATO will survive to seventy-five, but it is starting to look different.

Nikolas K. Gvosdev is a contributing editor at the National Interest