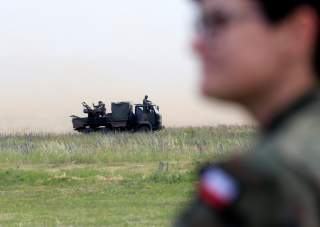 For nearly seven decades, NATO has created and strengthened the bonds of the transatlantic relationship, generating a sense of shared identity of the West. It is the essential organization for defense and security for 66 percent of Europeans and 62 percent of Americans. Views of NATO have generally improved over the years. After the fall of communism in Europe, the objectives and priorities of NATO have changed and multiplied in many areas. However, one legacy from the Cold War era still remains, the imbalance in burden sharing among allies.

Although the aggregate contributions to NATO have increased over time, the United States still remains the single largest contributor to the alliance. Even as the European countries recovered economically following the war, and NATO matured from twelve founding members in 1949 to twenty-nine in 2017, members have not contributed their share. The most disproportionate balance of burden sharing in the history of NATO was registered in 1952, which is when the United States funded 77 percent of the alliance’s total spending. The closest to parity military spending was registered in 1999, when U.S. funds constituted only 55 percent of total defense expenditures. This closure of the gap was attributed to the long-term commitment of NATO European members during the conflicts in the Balkans.

The current U.S. administration’s effort to pressure the European NATO members to do more is capturing everyone’s attention. However, this is nothing new. The burden sharing debate is a very old one. It started in 1953 when U.S. President Eisenhower invited Europe to increase its contribution in defense spending, pointing out that the “American well had run dry.” As a result, European NATO partners increased their military spending, but the United States continued to carry the largest share of the burden.

The second wave traces back to the 1980s during the Reagan administration. The U.S. share of the NATO budget at that time was at 63 percent. In 1977, NATO allies had agreed to increase their national-defense spending to reach 3 percent of their Gross Domestic Product (GDP). In reality, only a handful of European countries ever met the target. In 1989, with little noticeable success in pressuring the European countries for more commitment to NATO, the U.S. share of defense spending accounted for 62 percent of NATO’s total spending. Later, with the improved geopolitical climate in the East-West relations at the end of the Cold War, decisions to decrease national-defense spending for NATO was reduced to 2 percent of the GDP.

The current wave of the burden-sharing debate did not really start with President Trump. He lodged his complaints with European allies in his first meeting in Brussels saying that, “Member nations were not paying what they should . . . and that was not fair to people and tax payers in the U.S.”

 In reality, this debate dates back to 2011 when the U.S. Defense Secretary Gates blasted NATO members for not carrying their weight within the alliance, arguing that the, “U.S. would not carry the alliance as a charity case.” It was the first time that the viability of the alliance was questioned as, “dim, if not dismal.” Of note, and a precursor to these comments, the European members had steadily cut their defense budgets from the start of the economic crises in Europe. Once again the United States was bearing the weight by shouldering 71.5 percent of the alliance’s burden.

Once again capturing public attention, the topic of the fair burden sharing was high on the agenda at the 2014 NATO Wales Summit in 2014. During the summit, the member states pledged to reverse the trend of declining defense budgets and promised to pursue spending 2 percent of GDP by 2024. As a direct result, European defense spending increased in 2015 for the very first time in the last twenty years.

In 2017, only six countries met the criteria of the 2 percent guideline (the United States, Greece, UK, Estonia, Poland and Romania). Not much has changed for the United States, which continues to bare 72 percent of the burden of NATO’s defense budget. Currently, the United States contributes $693 billion in NATO’s total of $946 billion.

 In Europe, the three biggest defense spenders (in nominal terms) are: the UK with $55 billion, France with $44 billion and Germany with $43 billion. Together, these three European countries contribute only 15 percent of the total.

The 2 percent guideline is aspirational and a nonbinding goal. But, it should be considered as strong political commitment of allies. This is especially valid for new NATO members with smaller economies and limited military capabilities. It is also very important to consider how budgets are spent vis-à-vis new investments or operational maintenance.

Better burden sharing is inseparable with smart defense, which has been on the “to-do list” since the NATO Lisbon Summit in 2010. With predictable challenges on the horizon, pursuing smart defense concepts will be the critical enabler for closing the gap between defense requirements and capabilities. Recent events have highlighted the importance of political commitment, trust and unity among NATO allies. Germany is one of the countries that is taking a leading role in Europe to support pooling and sharing of defense capabilities with a strong focus on efficiency. Some good news is coming from Europe in this regard. Twenty-three European member states recently agreed on the European Permanent Structured Cooperation (PESCO). The goal of PESCO is to establish a binding and inclusive European legal framework for investments in security and defense, including common commitment to increase budget spending in real terms, development of joint defense capabilities, investment in shared projects, and enhancement of operational readiness.

Will the European countries increase their military spending?

The geopolitical environment has changed. The economic circumstances are different from seven decades ago when the United States offered a large military commitment for the defense and security of Europe. Today, the European Union is economically the wealthiest and the largest trading block in the world. It is integrated and very capable militarily. It depends on the global security systems, and needs to take more responsibility to protect itself, and the transatlantic alliance.

In the final analysis, the United States expects European NATO members to commit to meeting their fair share of the NATO burden. The current European security situation demands it. More challenges and threats are falling into the European portfolio. Russian aggression in Ukraine and its aggressive military activities in the Baltic region make a compelling argument to increase commitments to NATO. Other challenges include massive irregular migration from North Africa and the Middle East, and rising threats of terrorism and violent extremism. In fact, it is not an option but a strategic imperative.

Dr. Valbona Zeneli is the director of the Black Sea and Eurasia Program at the George C. Marshall European Center for Security Studies. The views presented are those of the author and do not necessarily represent the views of DoD or its components.