Why a North Korean Spring Will Never Happen 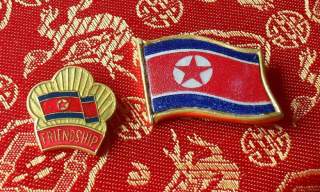 It doesn’t pay to be number two in North Korea. In December, the young dictator Kim Jong-un executed his uncle, Jang Song-taek, supposedly Kim’s top advisor. Now Vice Marshal Choe Ryong-hae, who climbed atop Jang’s corpse, has been relieved of his important positions. At least Choe is still alive, apparently left about where he started, as a functionary running labor groups.

Choe’s fall is particularly important, because though he was an aide to Kim’s father, Kim Jong-il, he rose rapidly under the younger Kim. In contrast, Jang was installed by Kim pere as a mentor or guardian for the “Great Successor.” So was Jang’s wife and the older Kim’s sister, Kim Kyong-hui, who remains alive but apparently has lost her authority. The third “mentor” appointed by the older Kim, Army chief of staff Ri Yong-ho, was removed in July 2012.

By defenestrating his father’s appointees Kim Jong-un eliminated constraints imposed on him. Dumping Choe reshapes the political environment of Kim’s making. Vice Marshal Hwang Pyong-so has taken over Choe’s army post, but he may be drinking from a poisoned chalice.

Choe’s ouster appears to answer the question: who is in charge? Jang’s fate was striking because it was so out of character for the regime—a public execution of a top official and family member which required admitting factionalism under the faultless leader. Thus, some observers theorized that killing Jang was a desperate step to rebuff a serious bid for power or a forced step to pacify influential political forces, such as the military.

However, there is no evidence of further internal strife since December. Now the next powerful figure, who seemingly gained the most from Jang’s removal, has fallen. Looking back, Jang’s execution may have been Kim’s way of demonstrating that even family ties offered no protection for insufficient loyalty to Number One. Choe’s removal may be a coda, that there will be no more Jangs with enough power to consider challenging Number One.

While Kim’s dominance in Pyongyang does not guarantee the regime’s survival, it dampens hope for any change outside of Kim. Today’s Korean Winter isn’t likely to give way to a Korean Spring. No one who values his life is likely to question the status quo.

Moreover, nothing suggests that the amazing resilience of the North’s communist monarchy is about to give way. Indeed, the elite, at least, is doing better than in years past. European consultant Glyn Ford argued that Pyongyang’s “citizens have never had it so good. The change is both quantitative and qualitative.”

People in the countryside still suffer, but they are not likely to start a revolution. Many observers have waited a long time for regime collapse in the North. They probably will have to wait a lot longer.

In fact, given the DPRK’s history and Kim’s age, he could rule for another 30 or 40 years. And so far, he doesn’t appear to be much interested in reform, either economic or political. There’s talk of economic change, but not much evidence of it in practice. He obviously has his father’s and grandfather’s antipathy to political pluralism.

If anything, he appears to be more committed to his government’s nuclear weapons program and confrontational foreign policy than were his predecessors. Whatever he gained from his education in Switzerland, it was not a belief in diplomatic nuance.

North Korea’s policy toward the South has oscillated wildly, but has headed mostly downward. The so-called Democratic People’s Republic of Korea has kept up a steady drumbeat of vitriol directed at the ROK, recently calling President Park Geun-hye a “repulsive wench.”

Moreover, Pyongyang conducted a live fire drill near the disputed Yellow Sea border where it launched a deadly bombardment of a South Korean island back in 2010.

Of greater concern to the United States, the North appears to be preparing a fourth and “new form” of nuclear test. The DPRK also recently test-fired two medium-range missiles, predicting “next-stage steps, which the enemy can hardly imagine.”

President Barack Obama’s much-heralded Asia trip set North Korea as one of its priorities but did nothing to chasten the Kim regime’s behavior. To the contrary, Kim may view such high-level attention as a challenge requiring a response—such as new nuclear and missile tests.

Even more than China and Russia, the DPRK directly challenges Washington’s desire for a stable, peaceful, and democratic world. Pyongyang wants none of these, and the United States has found no strategy to persuade or coerce the North otherwise. Succeeding administrations have tried isolation, engagement, sanctions, rewards, and threats, but none has had any perceptible impact on North Korean policy.

The Obama administration is obviously frustrated, and is reportedly considering easing its preconditions—requiring DPRK steps toward denuclearization—for resuming the long-stalled Six Party Talks. However, it’s unlikely that many policy makers believe renewed negotiations will lead anywhere. Indeed, there is a growing consensus that North Korea is unlikely to voluntarily give up its nuclear arsenal under any circumstances.

Which has resulted in the U.S. moving to tie itself closer to South Korea, loudly reaffirming that America will defend the Republic of Korea if necessary. Unable to change the North’s behavior, the Obama administration appears determined to ensure that Seoul does not have to change its behavior.

Unfortunately, the United States has its Korea policy backwards. Washington first needs to reflect on why the North is such a problem for America. A small, impoverished, and distant state, even with a handful of nuclear weapons (but no delivery capacity), obviously is no match for the globe’s superpower. Ordinarily the former wouldn’t even be interested in the latter. After all, the DPRK does not threaten to turn Moscow, Paris, and London into lakes of fire. The North does not spew rhetorical venom on Canada, Europe, and India. All of these nations are barely involved in Korean affairs, and certainly not in a threatening way. Pyongyang is little concerned about them.

But this is not the case with the United States. Washington maintains a defense treaty with and garrison in the ROK, routinely deploys naval and air units around the DPRK, and regularly conducts military exercises in the South. Pyongyang can’t very well ignore America. And the best way to deter a superpower, especially one which has demonstrated its willingness to intervene most anywhere on earth for most any reason, is to build nuclear weapons and missiles and to threaten to use them.

Thus, going home should be the foundation of U.S. policy toward the Koreas. When Washington agreed to a defense treaty with the South sixty-one years ago, the South was in no condition to defend itself from renewed attack, especially since the DPRK could count on the support of China and the Soviet Union. But the end of the Cold War largely took Russia out of the Korean game, while eliminating any Chinese interest in backing the North militarily. Rapid economic growth spurred the ROK past its northern antagonist. Today Seoul doesn’t need conventional back-up.

Nor does the U.S. military commitment help solve the nuclear issue. American forces have become nuclear hostages, conveniently placed within striking distance of the North. They also reinforce Pyongyang’s natural paranoia, increasing the perceived need for more weapons that can be delivered further.

Washington should loosen military ties with South Korea and extricate itself from a potential Korean conflict. The United States should terminate the “mutual” defense treaty, withdraw the permanent garrison, and end the periodic threats. America should retain a watchful eye on the region, but leave North Korea to its neighbors.

Doing so would knock Washington down several notches on Kim’s enemies list. Pyongyang still might demonize the United States for its past role, but would likely do little else. After all, threats to launch missiles at a disengaged America would only encourage Washington to return in a menacing way. Withdrawal would have another salutary impact—reducing Beijing’s perception that the United States is seeking to contain the People’s Republic of China in cooperation with the ROK. Without the prospect of a united Korea allied with America and hosting U.S. troops on China’s border, Beijing might be more willing to challenge irresponsible DPRK policies.

Having demilitarized America’s role on the peninsula, Washington then could engage the North with less controversy—opening simple consular relations, for instance. U.S. policy makers would gain a small window into an alien society, as well as a direct communications channel. Contacts could be expanded over time if progress resulted. Little might come of such an outreach, but nothing has resulted from today’s policy of isolation.

North Korea, so full of human tragedy, marches on with a new communist king at the nation’s head. There’s little any other country can do to bring peace, stability, and prosperity to the DPRK. However, the United States could, and should, reduce the possibility of the North interfering with America’s peace, stability, and prosperity by going home—where America’s soldiers and other military personnel belong.