Why Obama's Iran Nuclear Deal Will Live On 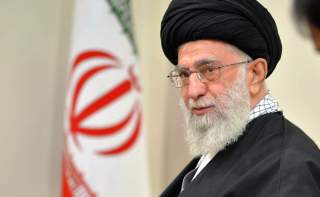 On July 14, 2015, Iran signed the historic Joint Comprehensive Plan of Action (JCPOA) agreement along with P5+1 countries China, France, Germany Russia, the United Kingdom and the United States. After an unprecedented lobbying campaign, Congress approved the deal following an acrimonious debate between Republicans who vehemently opposed the agreement and Democrats who sided with the Obama administration. President Donald Trump has been highly critical of the deal, but so far no changes have been made to the situation.

On April 18, 2017, the Department of State certified Iran as being in compliance with the agreement as required by the Iran Nuclear Agreement Review Act of 2015. But Secretary of State Rex Tillerson noted that “Iran remains a leading state sponsor of terrorism” and that the administration would conduct a comprehensive review of the Iran policy. The review “will evaluate whether the suspension of sanctions related to Iran pursuant to the JCPOA is vital to the national-security interest of the United States.” Nikki Haley, the U.S. ambassador to the United Nations, recently complained that Iran violated the spirit of the agreement by conducting tests of a missile capable of carrying nuclear warheads prohibited under Security Council Resolution 2231. Hailey also noted that Iran violated the JCPOA provision of the arms embargo on Iran, which was further elaborated upon in paragraph five of Annex B of Resolution 2231.

Critical attention in the pending review, however, would undoubtedly focus on the core of the JCPOA, which deals with nuclear enrichment and weaponization. Acquiring nuclear weapons is a highly complex process, a situation which has often led to disagreements among observers. Officially, the International Atomic Energy Agency (IAEA) oversees Iran’s compliance. According to the terms of the agreement, the secretary-general is required to produce a quarterly report based on the inspections of the safeguard division of the agency. Unofficially, a host of other actors have provided input into the monitoring-and-evaluation process. The intelligence agencies of the United States and some private think tanks, such as the Institute for Science and International Security (ISIS), are among those actors. Indeed, David Albright, the director of ISIS, has emerged as a high-profile expert on Iran’s nuclear program. He is known for his frequent congressional testimonies and vigorous participant in the debate about JCPOA. Although ISIS describes itself as a “non-profit, non-partisan organization,” critics point out that Albright has been collaborating with the Foundation for the Defense of Democracies (FDD), the neoconservative think tank that led the Israel lobby fight against the nuclear deal. Currently, the FDD “pushes for effective verification of the flawed Joint Comprehensive Plan of Action nuclear accord,” according to the think tank’s website.

On May 30, Albright published a report titled “Iran Mass Producing Advanced Gas Centrifuge Components? Can we even know the way the Iran deal has been structured and implemented so far?” The report was coauthored with Olli Heinonen, the former head of the IAEA’s safeguards division. Heinonen spent some years at the Belfer Center at Harvard University and is currently affiliated with FDD. A mistranslated interview which Ali Akbar Salehi, the head of the Atomic Energy Organization of Iran, had given to a Farsi-language organization prompted the analysis. ISIS posted a correction, but did not change the body of the report.

The authors suggested that Iran may be producing components of advanced centrifuges in secret military sites. They went on to speculate that Iran did not declare all dual-use flow-forming machines and filament-winding machines, which are used in their military industry but can also be used in fabricating centrifuges. Albright and Heinonen noted that “a key question is whether Iran is secretly making centrifuge rotor tubes and bellows at unknown locations, in violation of the JCPOA, and if it takes place, what the probability is that it goes without detection.” In conclusion, the authors urged the IAEA, which has “authorities under the JCPOA and the Additional Protocol to investigate these propositions.” They also appealed to the United States “to request the IAEA to produce more detailed quarterly reporting on its activities. Such information should include whether the IAEA has been able to verify in a timely and conclusive manner the production of centrifuges and their components.”

On June 2, 2017, the secretary general of the IAEA, Yukiya Amano, reported that Iran’s activities were well within the parameters of the JCPOA, including enrichment, centrifuge research, development and inventory, and transparency measures. Specifically, “All declared rotor tubes, bellows and rotor assemblies have been under continuous monitoring by the Agency, including those rotor tubes and bellows manufactured since Implementation Day (para. 70).” Iran has manufactured rotor tubes using carbon fiber that have been sampled and tested by the agency, all of which has been subject to the agency containment and surveillance measures. In other words, the IAEA did not find any evidence of mass manufacturing of parts for advanced centrifuges.

In his response, Albright took issue with the analysis, describing it as “particularly minimalist in nature.” He emphasized that the agency lacked access to military sites, and that “the lack of such access undermines any statement that the IAEA is able to verify the JCPOA.” Albright suggested that the United States and its allies should press the IAEA “to report more fully on the status of Iran’s compliance with the nuclear deal, particularly on challenges facing the IAEA in its efforts, including gaining access to military sites.” He also warned the media “not to make the mistake of falsely interpreting the IAEA report as stating Iran is complying with the JCPOA, given the lack of any such statement in the report and its many omissions.”

Other experts have disagreed with ISIS. For instance, Mark Fitzpatrick, the executive director of the International Institute for Strategic Studies (IISS-Americas) explained that “IAEA reports on Iran are less detailed” now because “Iran is no longer considered by the IAEA to be in noncompliance with its safeguards agreement. To claim that the IAEA is ‘withholding’ information, however, is an exaggeration.” Fitzpatrick added that he had “consulted with experts in three capitals, without having received funding from any organization for this purpose,” an apparent reference to Albright’s association with FDD.

The U.S. intelligence community has not reacted to the IAEA’s report, but previous statements on the issue of Iran’s compliance were somewhat contradictory. On April 13, CIA director Mike Pompeo said that “we should be mindful and read that JCPOA when it talks about declared facilities and undeclared facilities and how much access the IAEA will have to each of those two very distinct groups.” Pompeo noted that his agency is monitoring both declared and undeclared sites. On May 11, 2017, in a report to Congress, Director of National Intelligence Daniel R. Coats stated that “the JCPOA has also enhanced the transparency of Iran’s nuclear activities, mainly through improved access by the International Atomic Energy Agency (IAEA) and its investigative authorities under the Additional Protocol to its Comprehensive Safeguards Agreement.” Unlike Pompeo, Coats did not raise the issue of possible illicit work in undeclared sites. Instead, he spent time discussing the threat of Iran’s ballistic-missile project.

Under the Iran Nuclear Agreement Review Act of 2015, the Trump administration is required to certify to Congress every ninety days that Iran is in compliance with the JCPOA. The outcome of the review is not clear, but judging by the discourse so far, it appears that the administration would not seek to cancel the JCPOA or expand its monitoring provisions. Rather, the administration may focus on pressuring Iran on missiles and support of terrorism, using the integrity of the JCPOA as a bargaining tool.

Farhad Rezaei is a research fellow at the Center for Iranian Studies (IRAM) in Ankara where he researches Iran’s foreign policy. He is the author of Iran’s Nuclear Program: A Study in Proliferation and Rollback. His writings have appeared in Harvard-Iran Matters, Atlantic Council, and the National Interest among others. His new book, Iran’s Foreign Policy after the Nuclear Agreement: The Politics of Normalizers and Traditionalists, is forthcoming. He tweets at @Farhadrezaeii.

Image: Vladimir Putin had a meeting with Supreme Leader of Iran Ali Khamenei ahead of a summit of the Gas Exporting Countries Forum.