Why Obama's War on ISIL Won't Hold Its Popularity 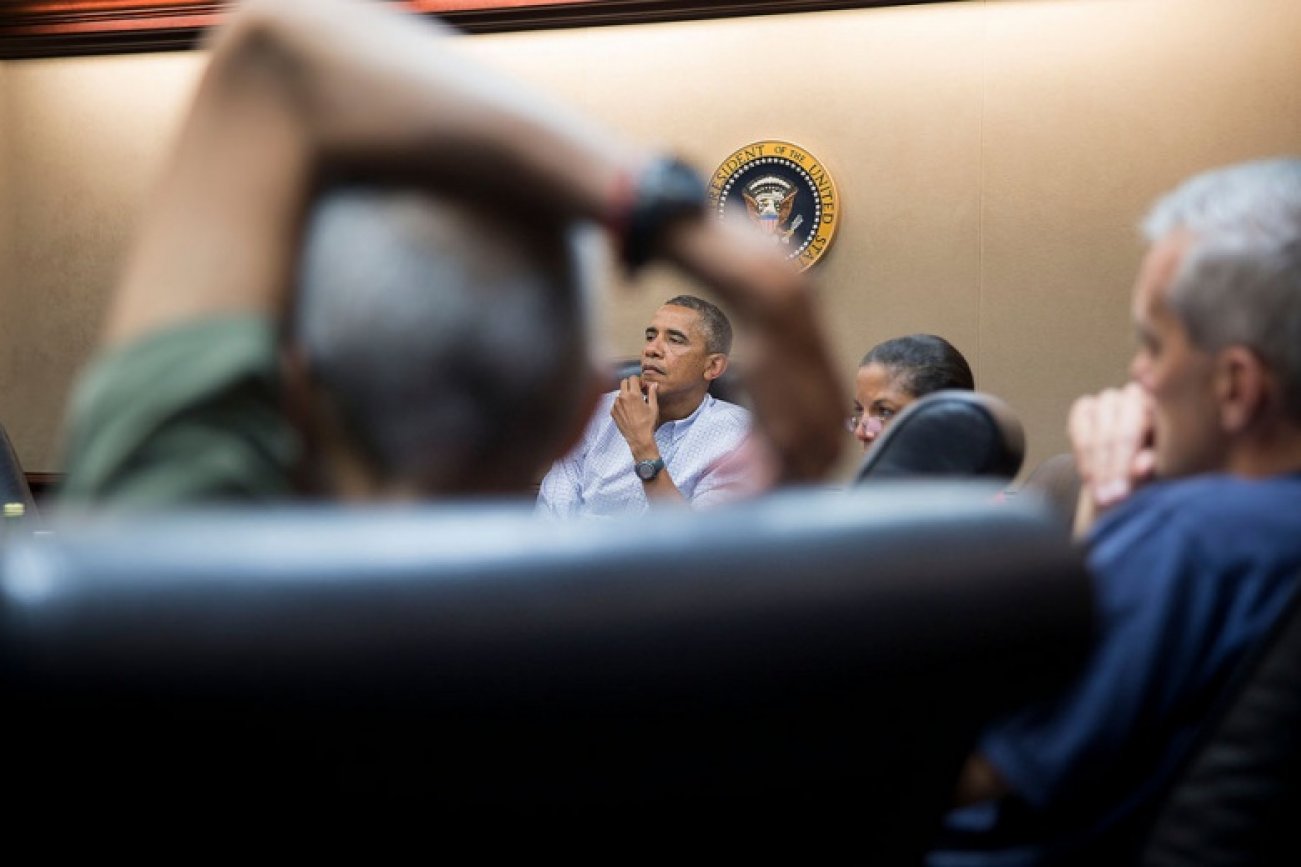 With the prime-time announcement of his campaign to destroy ISIL, President Obama is staking his presidency in a place he certainly never intended. Obama launches his campaign with what appears to be a reasonable level of public support. A September CNN/ORC poll found that roughly 75 percent of the public supports airstrikes against ISIL, a figure that may climb a bit higher in the wake of Obama’s address to the nation on September 10. This support compares relatively favorably with most U.S. military interventions of the past (see Gallup’s list of public support by major intervention here), closer to initial levels of support for Iraq and Afghanistan, for example, than to the invasion of Panama or the Kosovo air war.

Despite the apparently strong initial wave of support for confronting ISIL, however, Obama’s campaign will almost certainly become a very unpopular affair. This will occur despite his best efforts to frame the campaign as part of the war against terrorism, despite his strategy to maintain support by avoiding the use of ground troops and U.S. casualties, and it will happen regardless of how much damage the United States manages to inflict on ISIL.

Americans are Tired of War (Especially in the Middle East)

The president should draw little comfort from recent polling showing that Americans have edged towards support for a more activist foreign policy. For starters, 40 percent of Americans still think the United States needs to be less active in world affairs compared to 25 percent who think the United States should be more active. And in general, Americans are less interested in “leaning in” than at any point since the end of the Cold War.

Moreover, the surge of concern about ISIL is likely to be ephemeral, given it is primarily the result of the development of Obama’s new strategy and attendant hyperventilation by cable and Internet news sources (for a look at these, watch this). As the policy kicks in and time passes, the American public’s disinterest in foreign affairs and its long-term war weariness will reassert itself as news from the campaign reminds people of the last decade of conflict and all the reasons they wanted to leave the Middle East in the first place.

To this general war weariness we must add the fact that formidable majorities of Americans have repeatedly dismissed any notion that the United States is somehow responsible for the future of Iraq and Syria. Every action that appears to be aimed at supporting Syrian and Iraqi institutions, rather than directly at confronting ISIL, is likely to rouse suspicion and eventually opposition. The president should not mistake public concern for ISIL as a sign that Americans actually want any more time and treasure spent helping the Middle East when there are so many problems at home.

Finally, to no one’s surprise, there is very little stomach in the United States for more ground war—just 38 percent favor such an action in the recent CNN/ORC poll. This figure undoubtedly helped shape the Obama strategy of relying on airstrikes and supplying equipment, but the fact that Obama will purposely be employing a less effective military strategy that by definition will prolong the mission is bound to create friction and leaves him open to criticism, especially if progress starts to look elusive.

ISIL is not Al Qaeda

Given the American public’s lack of interest in helping salvage and rebuild Iraq and Syria, Obama is almost certainly right that stoking the fear of terrorism is the best way to encourage Americans to support airstrikes and other efforts to confront ISIL. However, it is difficult to see Obama’s counterterrorism framing being sufficient to help the American public endure much, if any, hardship as it engages ISIL. In the wake of 9/11, Al Qaeda represented a clear and present danger to U.S. national security. But the American public does not yet see the threat from ISIL in the same way, thanks in part to collective ignorance about the group and its designs, but also in part to the fact that the U.S. intelligence community is on record as saying there is zero evidence that ISIL has any plans to attack the United States.

In the absence of a concrete threat from ISIL, the invisible benefits of the campaign will pale next to its visible costs and frustrations. In the worst case, the extended U.S. engagement in the domestic politics of Iraq and Syria will persuade many people that the entire exercise is primarily an effort to reshape the Middle East, rather than a necessary act of self-defense. If this happens, we can expect support to drop to levels similar to the current levels of Iraq and Afghanistan. There is not much the American people like less than nation building.

The campaign will last too long

Public opinion has turned against every American military engagement that has lasted more than a year with the exception of World War II. The reason for this is fairly straightforward: a good number of the majority who supports intervention at the outset has not factored into their thinking all the eventual costs and consequences of the campaign. Eventually, the accumulation of costs—be they casualties, increased terrorism or the economic toll of war—will start to overwhelm the initial support, especially for those without particularly strong reasons to support the war in the first place.

It is impossible to imagine this campaign avoiding a similar fate if it indeed stretches out to three years or beyond. The latest figures show that only 32 percent of Americans think the 2003 Iraq war was the right thing to do, along with just 27 percent who think the Afghanistan invasion was the right thing to do. The only real question for Obama is how fast his support will drop. Only time will tell, of course, but given the fact that the initial support levels are so much lower than for Iraq or Afghanistan, my prediction is that Obama probably has less than six months of majority support.

Obama is too Unpopular to Carry the Message

Obama’s initial support has been bolstered by a bipartisan agreement in Congress that more must be done in Iraq and Syria to contain ISIL. Inevitably, however, cracks in the agreement will appear as the United States encounters setbacks and as political opponents maneuver to seek advantage. As the 2016 presidential-campaign season heats up, we will begin to hear criticism both from Republicans who think Obama hasn’t been aggressive enough and from Democrats who, like Obama in 2008, think the United States has gone too far.

Under fire, Obama’s support will evaporate steadily. Research has shown that unpopular presidents like Obama have great difficulty selling policies to the public. Obama’s approval ratings have hovered in the low 40s for a very long time. His foreign-policy approval ratings are even lower. Add to this his lame-duck status and we can safely predict that his ability to use the bully pulpit to frame the ongoing debate around ISIL will be limited, as will be his ability to bounce back from potential setbacks.

Americans love winning and they will tolerate a certain amount of pain and suffering if victory is in the cards. As both the Korean and Vietnam wars first showed, however, Americans will not support endless stalemates. Obama’s decision to define the mission in terms of the eventual destruction of ISIL means there is almost certainly no way he can deliver a clear-cut victory. After thirteen years of unprecedented efforts including two wars, the United States has not only managed not to destroy Al Qaeda, but has also encouraged the emergence of a host of new terrorist organizations, ISIL among them.

If the campaign against ISIL follows a similar path, the most likely outcome of Obama’s ISIL campaign is a vast amount of chaos and violence, followed by the eventual degradation of the central ISIL organization, spurring the decentralization of ISIL into smaller, but still active, organizations, all of which will then want to attack the United States. In short, a campaign this broad, this long, and this messy will make it very difficult for Obama to claim success and for the American public to see what they have earned for their efforts.

On top of this, it will be difficult for the United States to claim victory when the chaos and violence in Syria and Iraq continue to rage and people in those countries continue to suffer. The troubles in those nations run deeper than ISIL, and, as the Afghanistan and Iraq experiences have shown, eliminating ISIL will not ensure peace and order, nor that ISIL won’t reemerge after the United States leaves. Despite the fact that Americans do not want responsibility for making Iraq and Syria whole, it is hard to see the American public feeling good about a policy that causes yet more destabilization and destruction.

In conclusion, then, the signs point to an inevitable decline in support for Obama’s ISIL campaign and to the likely emergence of solid majority opposition. If my analysis is correct, it carries several implications for U.S. foreign-policy making in the twenty-first century. First, it identifies a disconnect between political leaders and the public on grand strategy. Political leaders see the need for sustained and aggressive counterterrorism efforts, while the public (at least today) is unwilling to support them. This, in turn, implies that it will be difficult for the United States to prosecute the ISIL campaign effectively over the long run. Obama has already allowed opposition to the use of ground troops to shape his strategy; future opposition will create even greater policy friction, especially once a majority actually opposes the campaign itself. And finally, this analysis reveals how difficult it is for the president to account for public opinion in foreign-policy making. Which majority should Obama worry about most? Today’s majority that supports the campaign, or tomorrow’s majority that will not? There are no easy choices here, only difficult trade-offs.