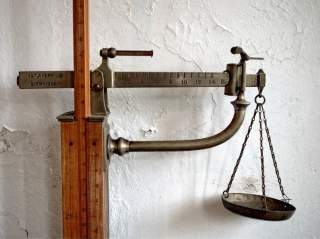 So does the network of maritime partnerships and coalitions Washington has assembled to suppress piracy, gunrunning, and other scourges while staring down the Chinas and Russias of the world—great powers bent on using military might to nullify maritime freedoms. Leaderless coalitions seldom last long.

Now, given their faith in local balancing, Mearsheimer and Walt might ask why coastal states can’t police offshore waters and skies themselves, without American help. They might—in theory. But history suggests the sea would cease to be a global commons without a custodian.

Think about it. A single great naval power has superintended the maritime system for the past five centuries or so. Before that, local sea powers imposed order in confined sea areas from time to time. Rome, for instance, kept the peace in mare nostrum—“our sea,” meaning the Mediterranean Sea.

Anarchy prevailed elsewhere. Piracy flourished alongside predatory seagoing states—it was often hard to distinguish between them—outside pockets of relative tranquility. No single maritime order, let alone a global commons, prevailed throughout the world’s oceans and seas. Such a nonsystem would be unfriendly to seaborne trade and commerce, and thus to economic vitality, were it to return today.

That anarchic past could become the world’s future, should Washington embrace offshore balancing. It beggars the imagination to think freedom of the sea would endure for long once coastal states—many of them hostile to the idea of a global commons—started imposing disparate, self-serving visions of nautical order. A dark future would await.

By all means, then, let’s heed Mearsheimer and Walt’s call to think and act prudently in strategic matters. Beyond that . . . caveat emptor.