Why Pakistan Is Staying Out of Yemen 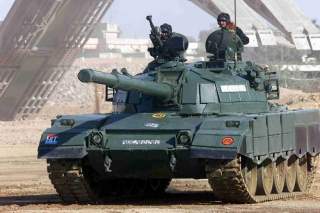 On March 25, a Saudi-led coalition of ten Arab states began an aerial bombing campaign against Houthi rebels in Yemen, who had taken control of the capital, Sana’a. The Houthis were steadily progressing to the port city of Aden, where the Saudi-backed Yemeni president, Abd Rabbuh Mansur Hadi, had fled. Codenamed “Operation Decisive Storm,” the move has been widely viewed as an effort by the Saudis and their allies to preserve Sunni control of their volatile southern neighbor against the Zaidi Shi’a Houthis, supported by Iran.

As the parties attempt to reach a settlement after the month-long campaign, one key Saudi ally is still missing from its coalition: Pakistan. After a week of heavy debate, Pakistan’s Parliament unanimously passed a resolution on April 10 declaring that the country would remain “neutral” in the Yemen conflict, signifying a sharp break between the two long-time partners.

Pakistan’s decision not to join the Saudi-led intervention against Houthi rebels in Yemen may signal a serious cooling in relations between Islamabad and Riyadh, long built on complementary capacities and shared strategic interests.

Pakistan, on the one hand, has benefitted enormously from Saudi largesse in the form of cheap oil and cash infusions during times of need. The Saudis, meanwhile, have called on Pakistan’s generously-funded army, one of the strongest in the region, to support its military objectives. The resolution calling for neutrality passed by Pakistan’s parliament, while far from signaling a complete shift away from its longtime patron, is a sign that Islamabad is responding to an evolving strategic landscape. U.S. leaders, in formulating regional policy, would do well to bear in mind the factors contributing to this decision as they navigate the delicate environment at the intersection of South Asia, Iran, and the Arab World.

Examples of Pakistan and Saudi Arabia’s remarkably close reciprocal relationship date to the early phases of the Cold War, when both countries acted as key pillars in the U.S. strategy to contain Soviet expansion as American allies. In 1969, for instance, Pakistan provided pilots to repel advances by communist South Yemeni forces into Saudi Arabia and stationed tens of thousands of troops in the kingdom throughout the 1970s and 1980s, as well as during the First Gulf War. Pakistani forces remain stationed in Saudi Arabia, where they regularly participate in training exercises with Saudi troops.

The Saudis, meanwhile, funded the Afghan Mujahedeen (in coordination with the United States and Pakistan) that repelled the 1979 Soviet invasion, and Saudi religious institutions continue to build mosques and support Pakistan’s network of madaris, strengthening cultural ties between the two countries. In 1998, when Pakistan faced the possibility of international sanctions for conducting nuclear tests, the Saudis offered 50,000 free barrels of oil to help cushion the blow, leading many to speculate that a quid-pro-quo may exist between the two countries in which Pakistan would provide the Saudis with nuclear technology in the event that they should feel such a need. As recently as 2014, Saudi Arabia boosted Pakistan’s weak reserves with a $1.5 billion “gift” after Islamabad reversed its policy of neutrality in the Syrian Civil War, reportedly agreeing to provide weapons to Syrian rebel forces. This month, as Shia Houthi rebels advanced against Yemen’s primarily Sunni government, Riyadh once again called on their Pakistani allies to provide military assistance.

The Yemen Resolution in Context

This time, however, Prime Minister Nawaz Sharif’s government introduced a resolution to Parliament asserting Pakistan’s neutrality in the conflict, which was subsequently passed unanimously. The decision by Pakistan not to join their Saudi allies should be viewed by American observers as a welcome departure from the past for several reasons. First, the clear voice with which members of parliament expressed their opposition to military involvement in Yemen sends an important message as to the capacities of a government which had been previously weakened by protests that continued throughout the latter half of 2014.

Second, it avoids, at least for the moment, directly entangling Pakistan in a regional power struggle interlaced with sectarian politics centered on the Middle East’s poorest country. This is, on its face, a good thing. As we demonstrate in our ongoing project mapping Pakistan’s internal dynamics, it is also, however, important for the country’s own composure. About twenty percent of Pakistan’s 182 million people are Shia, and the country’s ongoing struggle with hardline Sunni militants has taken an increasingly sectarian turn since the late 1990s, with militant groups like Lashkar-e-Jhangvi (LeJ) and Sipah-e-Sahaba-e-Pakistan (SSP)— often operating under the banner of the Ahle Sunnat Wal Jamaat (ASWJ) and now also the Islamic State—murdering hundreds of Shia per year. Reports that the so-called Islamic State has established a branch in Pakistan, should serve as a dire warning against Pakistan further stoking the sectarian flames by allowing itself to serve as a proxy force for the Middle East’s predominant Sunni power.

These internal dynamics aside, Pakistan’s decision not to support its Saudi allies this time is driven primarily by two strategic calculations. The first is fairly straightforward: Pakistan’s army, while still amongst the most capable in the Muslim world, has found itself stretched rather thin between its campaign to root out militants along the Afghan border (Operation Zarb-e-Azb), and its ever-present preoccupation with balancing Indian forces along its eastern flank. Moreover, as noted by South Asia expert Bruce Riedel, the Pakistani government likely feel that Saudi goals in Yemen are unachievable, and that attempting a ground offensive into Yemen would be a gross miscalculation of available resources.

The second, and more important, calculation involves Saudi Arabia’s perennial nemesis and Shia counterweight, Iran—a country which just so happens to possess vast hydrocarbon reserves, shares a border with energy-starved Pakistan, and is in the process of a potentially sanction-ending nuclear deal with the United States. Pakistan’s relationship with Saudi Arabia may be unique, but the importance of preserving relations with Iran at this time of extraordinary diplomatic sensitivity has, at the very least, given Islamabad pause. Pakistan’s energy shortage is, indeed, a national crisis, crippling the country with regular black-outs and costing it up to four percent of its GDP per year. While previous efforts to construct oil and gas pipelines between Iran and Pakistan have stalled, a friendly, nuclear-constrained Iran could be a valuable partner in addressing Islamabad’s energy shortage, to say nothing of the benefits decreased tensions between the two countries could bring in Afghanistan—another country whose relations with Pakistan are undergoing a shift.

These topics were likely discussed during high-level meetings on April 9, just one day prior to the passage of the resolution between Iranian Foreign Minister Mohammad Javad Zarif and Pakistani Army Chief Raheel Sharif, by all accounts the country’s key foreign policy decision-maker. They will probably remain on the agenda during ongoing joint security meetings. The fact that Prime Minister Nawaz Sharif’s own Finance Minister, Ishaq Dar, introduced the resolution indicates an effort by Sharif, in light of these imperatives, to save face with his Saudi allies by putting the onus for Pakistan’s neutrality on the country’s parliament.

With all this in mind, it is important to note that the resolution does leave at least one important avenue open for future military support to the Saudis: the promise to “stand shoulder to shoulder with Saudi Arabia and its people” in the event of “any violation of [Saudi Arabia’s] territorial integrity or any threat to Haramain Sharifain (the two Holy Sanctuaries).” Indeed, Pakistan’s leaders have sought to quell concerns among Arab leaders that they have abandoned their long-term allies, and recently offered naval support to the United Nations Security Council (UNSC)-mandated arms embargo on the Houthi rebels. It would be unthinkable that Pakistan would not continue its legacy of military cooperation with Saudi Arabia in the event that the kingdom’s territorial sovereignty were to be challenged. Far more likely, however, is that Pakistani leaders will use this language as cover while they wait out the conflict in the hopes that a power-sharing deal can be reached.

Nevertheless, Pakistan’s decision to keep out of Yemen’s ongoing civil war, at least for now, represents a departure from the historical Saudi-Pakistan relationship. This shift is the result of a revised strategic calculus by Islamabad built on both domestic and international considerations. The former includes strains within Pakistan’s heavily burdened military, as well as growing domestic sectarian violence. The latter appears to be based on optimism regarding a comprehensive nuclear deal with Iran and a desire to better position itself to effectively capitalize on the opportunities improved relations with its neighbor to the east could provide, particularly in oil and gas imports.

While the negotiations process is still young, this fledgling strategic shift may be an early sign of greater regional integration, which will be essential to future stability and should be facilitated by American policymakers. Energy cooperation between Iran and Pakistan could provide a boost to tepid trade negotiations between Islamabad and New Delhi, contributing, over time, to greater regional political and energy security. India’s relationship with Iran is warm, if complex, and closer Iran-Pakistan ties may open new avenues of collaboration between the three countries. Given the recent rebound in India-U.S. relations, as well as India’s concerns with balancing a growing China, American officials should be able to promote these ties without provoking New Delhi’s ire, provided Indian officials remain informed. U.S. leaders, in the event of successful nuclear negotiations with Iran, ought to embrace energy collaboration between Tehran and Islamabad as a potential stabilizing factor, despite the ambivalence many officials will no doubt feel in collaborating with a longtime opponent.