Why Politicians Could Use an Arts Lesson 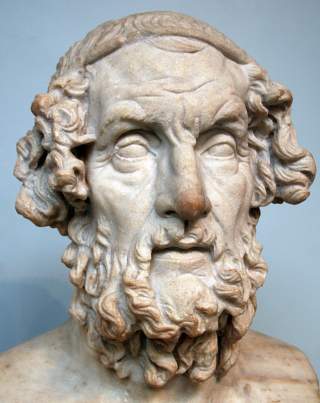 Shakespeare seems to say that while reasons of state may often serve legitimate purposes, they still can leave a bitter aftertaste. Henry would be a more admirable human being if he felt regret about some of his more ruthless decisions (as Churchill did, for example, about the bombing of German cities). Nonetheless, Shakespeare clearly prefers Henry, who unites England and France in a loose but peaceable kingdom, however briefly, to the well meaning but naive Brutus.

Artists’ interests in great political leaders have declined over the last two centuries. Granted, Verdi and Wagner were inspired by their countries’ unifications to write operas about biblical and mythological figures (in Verdi’s case sometimes to escape Austrian censorship). But overall, artists’ attentions have shifted towards the question of how ordinary individuals grapple with war and dramatic political change, a trend reflecting the general democratization of society. Readers are more interested in literary figures (who they can relate to), rather than in great men (who they must look up to).

However, literary depictions of the ordeals of ordinary individuals can still inspire and instruct. Senator John McCain’s favorite novel is Hemingway’s For Whom the Bell Tolls with its cynical but tough-minded protagonist: “I am an incurable idealist and romantic. Robert Jordan is everything I ever wanted to be. I read that book at age 13 and now at age 70...As you get older, it is harder to have heroes, but it is sort of necessary.” Moreover, two films, High Noon and Shane, have become icons of American culture in their depiction of tough but anonymous figures that face down tyrannical bullies in the 19th century West and then leave the towns they defended—alone—to an unknown future. These solitary heroes still provide inspiration; President Eisenhower watched Shane with Nikita Khrushchev at Camp David and the favorite film of both Presidents Reagan and Clinton was High Noon.

The arts can also provide instruction beyond models of political leadership. Shakespeare’s Iago, for example, sheds light on today’s terrorism. Readers have wrestled with Iago’s seeming “motiveless malignancy.” At one point, he claims to want to avenge himself because Othello promoted Michael Cassio ahead of him. But why then does Iago continue his destructive path once he tricks Othello into demoting Cassio? At another point, he muses that Othello may have slept with his wife. But why then does Iago make reference to this only once and almost in passing? Iago acts out sheer envy: “Cassio [and Othello] hath a daily beauty in his life/ That makes me ugly.” (Act 5, Scene 1). Just as Islamist terrorists and radicals claim to avenge themselves against what they consider the latest Western crime—cartoons of the Prophet, Israel and the Jews, Western military interventions in the Islamic world and the Western presence in Saudi Arabia, the destruction of the Caliphate in the aftermath of World War I—their fundamental motivation is envy and rage against the more prosperous, more successful, and more powerful West. Shakespeare’s portrait of evil can help to illuminate the recent Paris bombings as well as any social science analysis.

Literature and the arts can help political leaders find strength and wisdom to survive and sometimes triumph in the brutal world of domestic and international politics. To be sure, politicians can misuse the arts by indulging in superficial analogies to buttress policy. But those political figures battling tough odds can genuinely find quiet resolve in David’s victory over Goliath, his wilderness years as a guerrilla leader, and eventual rise to king. Statesmen can also learn from the tough and unsentimental leadership of Henry V and of the superiority of the cunning Odysseus over the willful Achilles. And those leaders whose achievements invariably fall short can find solace in the knowledge that even the greatest of leaders like Moses almost always see the Promised Land without entering it.

Thomas Parker worked for U.S. government security agencies for three decades. He has taught at the universities of Paris and Haifa and currently teaches at George Washington University. He can be reached at: [email protected].