Why Protectionism Is Inevitable 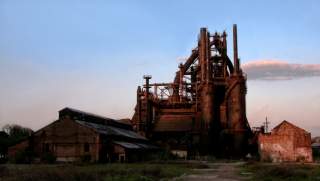 Protectionism is a dirty word. It suggests an unwillingness to engage in the global economy, which economists believe results in negative consequences for both the domestic and international market economies. In most cases, protectionism represents the conscious choice to silo a nation from the international economy in order to avoid a particular negative outcome. Once predominantly relegated to the political sector, protectionism has resurfaced in economic debates. And it may be an inevitable outcome of today’s economy.

The current political rhetoric regarding trade is causing angst among economists and some political observers. If the politicians are being honest, trade policy is leaning heavily toward a protectionist mantra, or at least a protectionist stance. This conjures an uneasy correlation to the United States’ reactionary mentality in the 1930s. And, rightfully, anything hearkening to those days generates fear.

Globally, protectionism is rampant and takes on a variety of forms. A locally sourced materials or manufacturing requirement in exchange for access to markets is one of the more popular in the modern economy. Brazil is the poster child for demanding local production.

The United States is not moving in that direction rapidly, but there are calls for high tariffs and penalties for shifting domestic production offshore. There should be no misunderstanding; this is a step in the direction of protectionism.

Oddly, the time that protectionism would have proved most productive has passed. After all, the U.S. economy is not reliant on manufacturing. Not to mention that, according to Boston Consulting Group, more manufacturers said they were likely to add capacity in the United States rather than China in the next five years.

While politicians and market participants argue that policy will decide the fate of global connectivity, in fact technology is proving to be its defining characteristic. In a July paper written by T. X. Hammes of the Center for Strategic Research, entitled “Will Technological Convergence Reverse Globalization,” Hammes tackles the notion of whether technology, not politics, will more substantially alter the manufacturing and economic landscape.

This protectionism differs from the artificial, politically imposed type. Instead of forcing businesses to produce goods in the United States or be penalized, Hammes suggests that modern production and supply chain needs will necessitate this shift toward a decline in globalism.

Extrapolating from Hammes, this is a “natural protectionism.” Not imposed by a government, it is an economic and financial necessity to compete. This necessarily implies the dynamic of shrinking globalization without necessarily a significant blow to the U.S. economy.

But it may also not be quite the benefit it once would have been. Even the imposition of natural protectionism may bring few manufacturing jobs back to the United States. The reality is twofold. First, the United States is competitive due to automation, not labor costs. Most of the jobs will accrue to robots. Second, the new manufacturing jobs will not be similar to those that left. The jobs coming back will be concentrated in keeping the robots running and programming them correctly—hardly similar to the manufacturing jobs that left for China and elsewhere in terms of necessary skillset.

This leaves politicians and economists in a quandary. The slowing and possible reversal of globalization is supposed to be unequivocally bad. And for some developing countries looking for a manufacturing edge with low labor costs, it will be. For the developed world though, it may simply be a positive.

A side effect of the inevitability of natural protectionism is rendering much of the current tough talk on trade and manufacturing locale moot. With the global and U.S. economies moving in that direction, there is little need to attempt to force it through rhetoric, revocation of trade treaties, and retaliation for perceived economic damage.

Then again, there is a significant time differential. While the new economy may encourage businesses to shorten their supply chains and automate production closer to consumers, it will not happen instantaneously. Manufacturers will invest and pivot over time. Years will pass.

However, the current language is demanding a shorter time horizon, nearly instantaneous. And this is rightfully disconcerting to some. In a scenario where the United States sparks a trade war, the Peterson Institute for International Economics estimates substantial consequences to the U.S. economy in terms of jobs and GDP. The Peterson Institute is probably correct in its assessment of the consequences in the near-term of a pivot toward protectionism including substantial job losses in areas surrounding port cities (almost 90 thousand in Houston alone in their “trade war” scenario). The question for politicians to consider: if protectionism is happening on its own, why risk causing an economic downturn to prove a point?

Globalization and the expansion of trade were tremendous benefits to the United States and to the global economy. But this is waning. Trade is not the panacea for developing world growth that it once was, and automated manufacturing is not a job boon for the developed world either. It is not obvious who wins in the new naturally protectionist world, but it may be inevitable.