Why Putin’s War Against the West Is Just Beginning 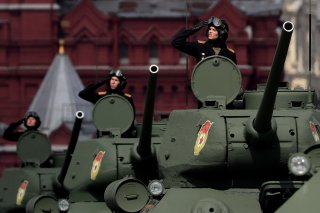 U.S. allies and partners generally agree that Beijing is ruthless and predatory in its international behavior, and are troubled by its efforts to legitimize globally its autocratic system and its way of doing business. At the same time, many of them appear less convinced than Washington is that Beijing is seeking global hegemony, and more attentive to the reasons why China is scoring points against the United States internationally.

Perhaps the most conspicuous example of rising international tensions is the standoff over the fate of Ukraine. America’s European allies have been staking out their own course. Germany’s new Social-Democratic chancellor, Olaf Scholz, has incurred fierce criticism in Washington for seeking to placate Russian president Vladimir Putin, while his coalition partner, Foreign Minister Annalena Baerbock, of the Green Party, has adopted a slightly more assertive stance. So far, Germany has made it clear that in dealing with Russia, as with China, it has no intention of pursuing a hardline policy. Instead, it is seeking to protect the Nord Stream 2 gas pipeline, which runs under the Baltic Sea from Russia to Germany. It is no accident that Berlin blocked Estonia from exporting weaponry made in Germany to Ukraine. Meanwhile, French president Emmanuel Macron, who is up for reelection in April, also hopes to reach a deal to avert war over Ukraine by offering security guarantees to Putin. Once again, Old Europe, as opposed to New Europe, to borrow former defense secretary Donald Rumsfeld’s term, is displaying far greater avidity for military confrontation, as Poland announces, among other things, that it will increase the size of its army to 250,000, though France has promised to move troops to Romania should Putin attack Ukraine.

AFTER THIRTY years, the West may have reached a moment where its initial flush of enthusiasm over its victory over communism has actually resulted in a Treaty of Versailles moment. A bellicose Russia, shorn of its empire and suffused with resentment, is being led by a leader intent on payback for the wrongs that he believes were inflicted upon his nation after the end of the Cold War by vengeful and unscrupulous Western powers. The stakes could not be higher. Biden, who was a witness to the latter stages of the Cold War, entered office intent on improving relations with the Kremlin, but is faced with what may be one of America’s greatest foreign policy predicaments since the Cuban Missile Crisis. How he handles it may go far toward determining whether America is really headed for decline or can stage a comeback.