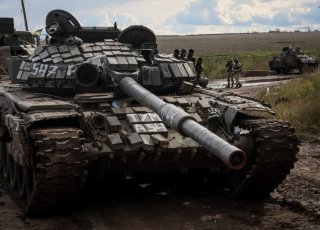 Russian president Vladimir Putin’s decision to order a partial mobilization is perhaps the greatest risk he has undertaken during his twenty-three-year tenure as Russia’s paramount leader. Putin’s initial hopes of undertaking a lightning-quick military campaign to replace Ukraine’s government with a regime more amendable to Kremlin interests and to stop the enlargement of Euro-Atlantic institutions to Russia’s doorstep were dashed. He badly underestimated Ukrainian resistance and misjudged how his invasion would provoke a resurgence of Western will and unity both to impose major sanctions against Russia as well as to provide a steady stream of weaponry, intelligence, and funding to Ukrainian president Volodymyr Zelenskyy’s government. Now, Putin must find a way to salvage Russia’s more modest gains after six months of fighting while forestalling the further erosion of Russian power and influence in the world—and to do so without further risking the survival of the current Russian system.

For months, some advisors within the government counseled against mobilization, not only for the disruption it would cause an economy already tested by unprecedented sanctions, but because it represented a de facto end to the social contract which has defined Russian politics: acquiescence to the leadership’s preferences in return for personal autonomy and a reasonable middle-class standard of living. Even a partial mobilization represents what may prove to be too high a demand for Russians to risk life and limb for the Kremlin’s Ukraine policy. After an initial period of muted protest when the “special military operation” began in late February, Russian society settled into a pattern where the bulk of the fighting in Ukraine would be done by volunteers, the Donbass militias, and a varying number of contractors. While inconvenienced by sanctions, most Russians were not being asked to contribute directly to the war effort. In a parallel to the American experience in Vietnam—where widespread opposition to U.S. involvement skyrocketed once large numbers of draftees faced deployments to Southeast Asia—Ukraine, to use the “die-kill-pay” paradigm, might be worth a series of costs (taxes, lowered economic performance), but not worth dying for. Mobilization calls into question the viability of Russian society remaining largely apolitical.

It appears that the recent mobilization decision was taken due to a realization that the Russian command has far too few forces deployed in Ukraine to hold the entire line effectively against a Ukrainian military that has been resupplied by the West and which is able to concentrate power against weak points in the lines. So, moving forward, the competing countdowns seem to be as follows:

1. The first countdown is to use the mobilized forces to deploy to other military districts and to rear-echelons in Ukraine to free up enough personnel for front-line action, and then to seed both experienced reservists as well as “additional bodies” to plug gaps in the lines—but to do so before Russian society reaches any sort of boiling point.

2. This connects with an assessment that the Kremlin needs to return to the conclusions of the “conventional wisdom”—especially in Germany—of late July and early August: that while the Ukrainians may be able to prevent further advances into Ukraine proper, the Russians have secured control over much of the Donbass and the southern Black Sea littoral coast, including the critical “land bridge” to Crimea, and that the conflict is headed for a long-term stalemate. The Ukrainian Kharkiv counter-offensive called that conclusion into serious question. So, in the next several weeks, further Ukrainian moves—against the Donetsk region, or any effort to regain Kherson, Multipool, or Mariupol—must be stopped.

3. Finally, we have the “winter clock.” The first is that, for climactic reasons, large-scale offensive operations give way to advantaging the defenders—so Russia needs to hold what it has taken. The second is that the emerging energy and economic crisis in Europe will have such damaging impacts that European states will no longer be able to re-equip Ukraine for the latest round of fighting—especially if the Ukrainian summer and fall counter-offensives have been stopped and Ukrainian losses in terms of equipment and ammunition have been high. Increasingly, European states—and perhaps even the United States as well—will be under greater pressure to divert more spending from supporting Ukraine to shoring up domestic welfare.

What is this gamble intended to produce? By spring, Putin hopes that Ukraine will not be able to sustain its campaign if significant amounts of Western help is no longer available and will accept a cease-fire. After a harsh winter, Putin assumes that European governments will prioritize the start of a diplomatic process that will clear the way for sanctions relief so that more Russian commodities can flow. The Russian economy muddles through—and the partial mobilization can end. Putin can adjust his victory conditions to claim success, and even declare that Russia prevailed not simply in an armed conflict with Ukraine, but a proxy war with the entire NATO alliance. He then has two years to get things back in order before deciding whether to run again for president—or to be able to control the succession process. All that matters is Russia not having to fold in the next several weeks.