Why Russia Must Fail in Ukraine 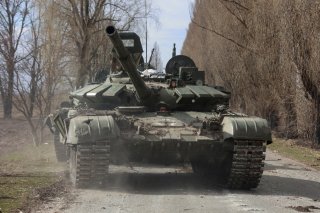 The post-Cold War era that began in 1991 ended on February 24 of this year. That day, as Russian troops swept into Ukraine, Vladimir Putin unleashed massive brutality on a sovereign neighbor. Amid the first state-on-state land war in Europe since 1945, the stakes immediately became clear, in Washington and beyond. Then, and today, Ukrainian lives and independence hang in the balance. So too do those institutions and rules that govern, if not always effectively, international behavior. In this new era, world order itself is at risk.

Much recent American debate has focused not on the benefits of international order but on its costs. Defense spending, alliances and military pacts, diplomatic deals, international economic arrangements—all are easy to dismiss as the obsolete manifestations of a Cold War mentality, or the hubris of U.S. leadership, or the conceit of those who overlook the interests of average Americans. Some argue that the very existence of any liberal order is mythical, just another chimera bound to entangle the United States in faraway places about which we know little.

Yet international order is like the ground beneath one’s feet: ignored, taken for granted, and indispensable. When it shakes violently, as it is today, that order galvanizes attention and elicits mighty efforts at stabilization. National will matched to national power—America’s above all others—is required to dampen the earthquake.

The alternative to an ordered world, and to countries shouldering the cost of its defense, is the law of the jungle, where big countries can take territory, impose their rule, and spread chaos at will. That is the world Russia seeks, and China appears seized by a similar impulse. The prohibition against forcible conquest is at the very core of liberal order, and it is precisely that norm that is at risk today. Should Moscow’s violent revisionism succeed, it would threaten the very principles that have helped create peace, prosperity, and freedom over more than half a century.

This reality illuminates the starting point of America’s post-invasion foreign policy. Ukraine must endure and Russia fail, so that the next would-be aggressor wagers that the costs of brutality are high and the prospects of success low. Washington must defend the principles of international order in multiple regions—not just in the Indo-Pacific, where China combines the capability and will to undermine them, but in Europe and the Middle East as well. The United States will need to muster the resources and the partnerships necessary for this enduring task.

Defense of the existing rules should, however, represent just the first step. Here, this new era presents a major opportunity. As I wrote back in March in the Wall Street Journal,

The countries joined in common concern for the preservation of a liberal world order could stay as united in the future as they are today. They could use Mr. Putin’s war as a turning point, committing themselves to upholding rules and norms that will otherwise fade. There is nothing inevitable about the world envisioned Mr. Putin and Mr. Xi—where the strong do what they can and the weak suffer what they must, where autocracy reigns and individuals cower, where democracy itself is redefined to mean oppression of the people.

The combined geopolitical and economic weight of the countries resisting that vision is far greater than even Russia and China combined. They could continue to act like it.

This need not mean clinging to some unchanging set of rules and institutions, but rather promoting ever-evolving arrangements that favor security, sovereignty, prosperity, and democracy rather than their opposites. The West, broadly defined, has in recent years appeared weak and ineffective relative to new challengers. Yet its real problem has been not decline but division, an inability to direct its underlying might effectively at international problems. The West’s response to Putin’s war should represent a welcome wakeup call, for allies and adversaries alike.

The United States should now aim to build an international order that, contrary to expectations, is stronger, more resilient, and more protective of key values than it was before Russia’s invasion. That necessitates the long-run weakening of Russia and strengthening of Europe, trends that have already begun. It means that China should pay a price for its support of Russian aggression, and that Beijing should hesitate before launching any violent misadventure of its own. It entails Washington seeking not to focus exclusively on Asia but rather to balance a portfolio of foreign policy resources and engagement across multiple regions simultaneously. It suggests weaving new arrangements among the like-minded—a grouping of techno-democracies, an ever-stronger Quad, and an anti-aggression bloc that punishes other grave transgressions of global norms.

It also requires U.S. political leaders and the public to recognize America’s indispensable role in securing liberal international order, and thus in safeguarding its own interests and values. During the present crisis, America’s role in helping Ukraine, providing weapons, organizing allies, compiling a multilateral sanctions effort, and in rallying diplomatic moves has been essential; no other country could take up this mantle. Indispensable too will be America’s place in dealing with the next big global crisis, and the one after that.

The siren song of fortress America has called out to a growing number in recent years. Costly and unsuccessful wars, the uneven benefits of globalization, and popular backlash against an expansive definition of national interest induced many political leaders to draw in. Yet as foolish as reckless engagement is a wish that the world will self-regulate, or that previously free-riding allies will pick up the mantle of global leadership, or that the degradation of international order matters little to Americans consumed with challenges at home.

On February 24, the immediate goal was to limit the damage to international order posed by Russian aggression. Now a more ambitious opening presents itself: the chance to forge in this new era a stronger order, one backed by countries growing in might and unity. That outcome is far from inevitable, but an enhanced, more confident, and more directed American global leadership may just help bring it into being.

Richard Fontaine is the Chief Executive Officer of the Center for a New American Security.