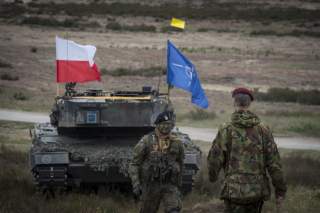 In other words, the decline of the pax Americana in Europe resulting from a weakened NATO is less likely to be replaced by a pax Russica there, but by a chaotic situation in Europe that Russia will be unable to control or prevent from negatively impacting not just Russia’s external ambitions, but its internal security as well.

Ironically, Russia could avoid all this if NATO remained strong and intact. Far from threatening Russia, a strong NATO has a much greater incentive to act with self-restraint toward Russia than individual countries (both members and non-members) being undermined by Russian actions. Indeed, offering NATO membership to what remains of Ukraine may be the surest means of inducing Kiev and the West as a whole to acquiesce to (though not formally accept) the loss of Crimea and eastern Ukraine to Russia. In other words, Moscow is better off with a strong NATO that keeps America in, Europe peaceful, and Russia by itself (if that’s what it wants) than a weak NATO (or NATO at all) that keeps America, Europe, and Russia all embroiled in needless conflict and tension.