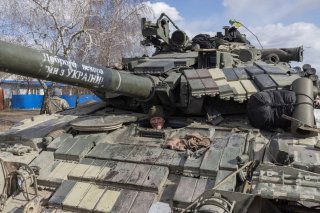 In what appeared to some as a significant volte-face, the Kremlin signaled earlier this week that it is seeking substantive progress in ongoing peace talks with Ukraine.

During the latest round of Russia-Ukraine talks in Istanbul, Kiev offered Moscow a fresh model for Ukrainian neutrality. Ukraine is willing to abandon its bid to join NATO in exchange for legally binding security guarantees from a large group of “guarantor nations,” including the United States, Canada, France, Britain, China, Germany, Israel, Turkey, Italy, and Poland. The Ukrainian negotiators likened the scheme to Article V of NATO’s charter, which relates to collective defense. But the analogy belies a striking contrast: Article V is a reciprocal security arrangement that requires every member to come to the defense of every other member, whereas Ukraine is calling for unilateral security guarantees from the world’s great powers without taking on any military commitments in turn.

Among the Ukrainian proposals was a fifteen-year consultation period on the status of Crimea, presented by Kiev as a good-faith compromise that would allow the two sides to focus on negotiating an end to hostilities. Additionally, Kiev offered never to manufacture weapons of mass destruction (WMDs) and to ban the establishment of foreign military bases on Ukrainian territory.

This week’s talks in Istanbul were widely hailed as the most productive round of Moscow-Kiev negotiations since the Russian invasion commenced on February 24, with Turkey’s Foreign Minister Mevlut Cavusoglu describing the talks as the “the most meaningful progress since the start of negotiations.” Russia’s lead negotiator Vladimir Medinsky characterized the talks as a “substantive conversation,” as per the Washington Post, and cautiously noted that Ukraine’s proposals imply a renunciation of plans to return Crimea by force.

Moscow then sent what some interpreted as a signal that, after a month of stalemate, negotiations were finally proceeding in a propitious direction.

Russia’s Deputy Defense Minister Alexander Fomin announced shortly following the talks that the Kremlin has decided to scale back military operations in several key theaters, citing the progress being made at the negotiating table:

Due to the fact that the talks on preparing an agreement on Ukraine’s neutrality and non-nuclear status as well as on providing Ukraine with security guarantees are moving to the practical sphere, considering the principles discussed during the meeting today, in order to bolster mutual confidence and create the necessary conditions for the further talks and the achievement of the final goal - the coordination and the signing of the aforementioned agreement - the Russian Defense Ministry has made a decision to cardinally, several-fold decrease the military activity in the direction of Kiev and Chernigov.

Moscow’s vow to “drastically” reduce operations in the Kiev region and to Ukraine’s northeast elicited widespread skepticism in Washington. “I don’t read anything into it until I see what their actions are,” said President Joe Biden. Pentagon spokesman John Kirby added that “nobody should be fooling themselves” by believing Moscow’s pledge, describing the announcement as a “repositioning, not a real withdrawal.”

The skeptics were promptly proven right; within twenty-four hours of the Istanbul negotiations, the invading Russian forces resumed airstrikes and shelling against Kiev and Chernihiv. “They’re saying ‘reducing intensity,’ they actually have increased the intensity of strikes,” Chernihiv mayor Vladyslav Atroshenko told CNN in the aftermath of what he described as a “colossal attack” on Wednesday. British military intelligence warned on Thursday that the majority of Russian forces near Kiev are staying in place, with Air Vice Marshal Mick Smeath, the British defense attaché, adding that “heavy fighting will likely take place in the suburbs of the city in coming days.

It remains unclear exactly what prompted Russia’s Defense Ministry to make the promise, only to abruptly renege on it. Russian military analyst Pavel Luzin told the New York Times that the promise to de-escalate could simply be a feint as Russian forces regroup for a new offensive in northern Ukraine. But why say anything in the first place? The Russian military could have rotated some units to Belarus for replenishment and reorganization, as it is apparently already doing, without making any grand proclamations about progress in peace talks.

The announcement may instead have been the latest illustration of a divergence amongst Russian elites over the desirability of a negotiated settlement. Chechen leader Ramzan Kadyrov, whose forces played a major role in besieging the southeastern Ukrainian port hub of Mariupol, lambasted Russia’s chief negotiator Medinsky on Wednesday: “We will not make any concessions, it was ... Medinsky who made a mistake, made an incorrect wording... And if you think that he (Putin) will quit what he started just the way it is presented to us today, this is not true,” Kadyrov said. There is a prevailing attitude among Russian politicians and commentators, facilitated by the rhetoric of some Western leaders, that the Western sanctions implemented in the aftermath of February 24 will never be lifted, regardless of how quickly a peace deal is struck and how much Ukrainian territory Russia leaves intact. There is, therefore, no perceived incentive for the Kremlin to cut the war short—if sanctions are, as Moscow suspects, a sunk cost, then there is little reason not to keep going until all of Russia’s maximalist battlefield goals have been achieved.

But there could a deeper factor at play: the announcement may have been partly intended by the Kremlin as a trial balloon to gauge public reception of a settlement that swiftly achieves peace, albeit at the cost of Russia’s major war aims: regime change in Kiev, a drastic long-term degradation in Ukrainian military capabilities, and the partition of the country through Russian-aligned proxy states or outright annexation. The Kremlin received an unequivocal response: news of the potential settlement and the reported military de-escalation in parts of Ukraine was greeted by the Russian public not with jubilation, but with widespread confusion and even outrage. Moscow successfully mobilized the Russian population around this war: polling shows that popular support for the Russian military action in Ukraine has risen since February 24 and now hovers at around 75 percent. Moreover, around 60 percent of Russians continue to believe that the government is taking effective action to mitigate the effects of sanctions on the economy. Indeed, Putin may have been too successful for his own good in rallying public support: pollsters say the Russian population is now overwhelmingly negatively predisposed to any major compromises with the current Ukrainian government. After all, what compromise can there be when Russian state media has insisted on framing this conflict as a war for the existence of the Russian people against a genocidal, fascist junta? How can Putin engage in good-faith negotiations—let alone sign a peace treaty on equal terms—with the very same Ukrainian government that he publicly denounced as a “band of drug addicts and neo-Nazis?”

The Kremlin stands to incur a steep political cost if it accepts anything less than the total capitulation of the Zelenskyy government. The peace talks will continue, in part because Moscow has to signal to China and other neutral countries that it is taking diplomatic steps to resolve the conflict, but they are unlikely to yield any fruit as long as the situation on the ground remains indecisive. It has become clear that Russia’s overarching aim is nothing less than the degradation and eventual destruction of the Ukrainian national idea, which is something that can only be achieved on the battlefield and not at the negotiating table.