Why Russia's Actions in Syria Are No Shocker 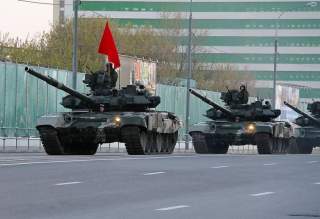 There’s something else about Putin’s recent steps in Syria that upsets the editors of the Times. They complain that he has been surreptitious militarily and dishonest politically and has also failed to cooperate with the West.

This verdict, while true, is worse than naive; it’s hypocritical. Since the emergence of an independent Russia at the end of 1991, the United States has, on several occasions, dispensed with consultation and cooperation and used military power unilaterally. That backdrop aside, the West and Russia are now at loggerheads (though can we please drop the absurd cliché that a new Cold War is raging?), particularly over Ukraine. So there is no tenable basis for expecting that Russia will act in concert with the United States. Putin, for his part, does not expect cooperation from us.

But this much is certain: the deep mistrust that now divides Moscow and Washington will make the already Herculean task of bringing even a patina of peace to Syria harder still.

Rajan Menon is Anne and Bernard Spitzer Professor of Political Science at the Colin Powell School of the City College of New York / City University of New York and a Senior Research Scholar at the Saltzman Institute of War and Peace at Columbia University. Most recent book His (coauthored with Eugene B. Rumer) is Conflict in Ukraine: The Unwinding of the Post-Cold War Order (the MIT Press, 2015); next book his, The Conceit of HumanitarianIntervention, will be published by Oxford University Press in 2016.