Why Sanctions against Russia Can Still Make a Difference 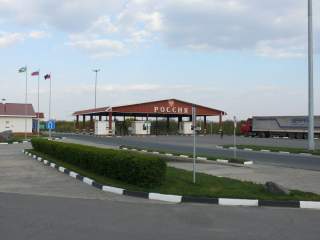 Despite the role they played in achieving a nuclear deal with Iran, sanctions continue to face a steep challenge in arresting Russian adventurism in Ukraine. A year after their adoption in July 2014, it remains an open question whether the sanctions adopted by the European Union and United States will be effective. While sanctions against Moscow will never be as ambitious as they were against Iran, we believe they can still make a difference toward creating a more stable situation and giving Ukraine time to become a more successful, politically independent country. But to do that, sanctions require more realistic targeted objectives and time.

Sanctions imposed against Russia have already proven their efficiency on the economic front by capitalizing on existing Russian weaknesses. Even before the Ukraine crisis, loss of confidence in Russia had already started a significant amount of capital flight and brain drain.  The collapse of oil prices starting in the middle of 2014 further depleted the resources of the oil-export reliant country. International sanctions targeting two strategic Russian economic sectors – finance and energy – aggravated the situation by making capital more difficult to access and future investment in Russia’s oil and gas sector largely sanctionable. As a result, Russian GDP is expected to decline by 2.7 percent in 2015, according to the World Bank’s latest statistics.  The specific contribution of sanctions to that recession could be significant, as the European Commission estimated in October 2014 that sanctions would have a negative impact of 1.1 percent on the 2015 Russian GDP.

Longer term, sanctions will limit Russia’s ability to invest properly in its oil and gas infrastructure, reducing its growth potential. This will be a big deal for a country where demographic prospects already threaten low economic growth over the next decade. Russians continue to trust President Putin to lead their country and, in fact, he has grown more popular since the crisis erupted in December 2013. But even if President Putin’s grip over the politics of Russia is not weakened, he will preside over a country whose power will diminish if its economic situation does not improve.  It is reasonable to argue that the latest Russian adventure in Syria is, in part, an attempt to continue distracting the Russian population from its domestic economic troubles and to demonstrate an exaggerated sense of power to the outside world.

It seems unlikely that the present ceasefire agreed in Minsk by Moscow and Kyiv will result in a political solution that permits the sanctions to be lifted. While violence in eastern Ukraine has declined significantly since the ceasefire brokered by France and Germany was signed in February, violations are a daily occurrence and the possibility of another wave of violence through the launch of renewed offensives by Moscow-backed separatists cannot be dismissed. A renewed commitment to the ceasefire around the start of the school year in Ukraine has enabled the situation to be quieter lately, but the situation remains very volatile and violations take place on a daily basis.

As a consequence of these violations, the target for implementation of the political part of the Minsk ceasefire agreement – which would give greater autonomy to eastern Ukraine in exchange for Kyiv controlling the border again – at the end of 2015 appears unrealistic.  The EU’s decision three weeks ago to extend some of its individual sanctions until March 2016 was both expected and can be changed if the terms of the ceasefire are fully implemented by the end of the year, but seem symbolic of the likelihood that this deadline will pass unfulfilled. But the situation now appears to be slowly drifting toward a frozen conflict. While this may be better than a warm one consuming Ukraine’s resources, it still remains a bad scenario for Ukraine’s President Poroshenko, who is engaged in a herculean effort to keep his country together while reforming and modernizing it.

The question for Europe and the United States then becomes whether and how to turn up the pressure on Moscow to create the conditions for a long-term, amicable resolution to the crisis. Some of this pressure will need to be political in nature, and some of it will need to come from expanded sanctions, particularly since the World Bank also forecasts a slight Russian growth rebound of 0.7 percent in 2016.

We believe that it is unlikely that sanctions alone will force Moscow to stop sponsoring rebel and separatist groups in eastern Ukraine or renounce a direct hand in influencing Ukraine’s future. Sanctions are even less likely to lead to a restoration of Ukraine’s sovereignty over Crimea. Moscow has deemed these issues to be in Russia’s strategic interests, which it will defend through force if need be (and which it has shown every indication of being prepared to do).

Sanctions do not get countries to cave in or to renounce strategic objectives. Despite the strongest and most comprehensive sanctions in recent history imposed against Iran, Tehran did not agree to scrap the nuclear infrastructure that could one day produce nuclear weapons. But sanctions forced Iran to accept significant constraints that will make doing so less likely and much more complicated for the next decade at least. Sanctions forced Iran to compromise, not to capitulate.

Sanctions won’t change Russia’s strategic perceptions, but they could potentially lead Moscow to compromise more, including through a more faithful implementation of the Minsk ceasefire. There is a better chance for a real diplomatic resolution of the current crisis with sanctions than without them.

An expanded sanctions regime by the United States and the E.U. would need to be integrated into a broader framework to deal with the ongoing crisis. They would also need to differentiate what’s achievable in the short term, and what’s required and desirable in a longer one.

The first priority in the short-term should be to achieve a more comprehensive and stable ceasefire. This, along with financial support, is essential for Ukraine’s stabilization and economic development. Ukraine needs more peace and less war to conduct reforms and gain strength. Sanctions – if used flexibly -- could provide for an efficient tool to help achieve that goal. European leaders decided in March 2015 that they would link the lifting of sanctions to a full implementation of the Minsk ceasefire agreement. It looks relatively clear today that this is unlikely to happen anytime soon, and thus making such a link may not give us the flexibility needed to achieve a real improvement on the ground, either to increase or lower the level of economic pressure.

Sanctions should be increased at the beginning of 2016, the deadline for the full implementation of the Minsk agreement, if a more stable ceasefire does not hold in eastern Ukraine.

Several options could be envisioned. First, existing sanctions could be enforced more strongly.  Several reports have recently pointed out that sanctions enforcement in Europe and in the United States has been more lenient than might otherwise be possible. Second, new sanctions could be adopted, although they would likely face political hurdles in Europe and would have to be designed to increase the chance of adoption. Sanctions targeting Russia’s financial sector, which could further tighten access to capital markets, for example, would likely be more acceptable for Europeans than sanctions forcing new cuts in trade with Russia.

But, such trade restrictions – including with respect to oil and oil products – ought not be taken off of the table, if for no other reason than to signal resolve to Russia. Instead, work should be done in Brussels and in Washington to design a package of new sanctions (and possibly tools to compensate for trade losses) that focus on the principle of maximizing the pain on Russia with the least cost to the sanctioning states.

The package could also include an offer to the Russians for the future suspension or lifting of sanctions. For example, some of the existing sanctions could be suspended if the security situation on the ground improved significantly, even if a full political resolution wasn’t achieved yet. Such relief could start with the delisting of a few Russian entities from transatlantic sectorial ban lists. The more significant and painful sanctions on Russia would naturally be reserved until a restoration of Ukraine’s territorial integrity takes place. This would take time, but it is time that Ukraine needs.

Ultimately, Ukrainian success in restoring authority of its full territory will probably come more by being an attractive political and economic model than by fighting with Russia.  Sanctions can buy Ukraine the time to do that, but it needs to show early signs of internal success in order to keep European support. For Europe and the U.S., sanctions against Russia are also an investment on Ukraine’s future, but those sanctions can only be sustained if Ukraine demonstrates it does have one.

The adoption of coordinated sanctions by Washington and Brussels was a significant achievement. Europeans, who are logically paying a steeper price by imposing sanctions against Russia than the Americans, have shown solidarity with the E.U. eastern member states, which are very much concerned with Russia’s new adventurism. European sanctions have now been renewed until 2016, but they shall not be taken for granted, considering the trade revenues forgone by European companies. Trade between the E.U. and Russia could decline of about a hundred billion euros in 2015, after a forty billion euros decline in 2014. Sanctions require significant sacrifices by European countries, in tough times for the European Union. Sustaining sanctions likewise requires clear signaling from Western leaders that there is a plan both for the implementation of sanctions and for their eventual removal.

Maintaining unity within Europe, but also between Europe and the United States, on the sanctions strategy requires a continued engagement on both sides of the Atlantic and a more active explanation of its benefits. This will be especially true if they need to be intensified next year in order to strengthen the ceasefire agreement.

Simond de Galbert is a visiting fellow with the CSIS Europe Program and a French diplomat on detail.  Richard Nephew is a fellow at the Center on Global Energy Policy at Columbia University and former U.S. diplomat.