Why Sectarian Violence Is Resurging in Pakistan 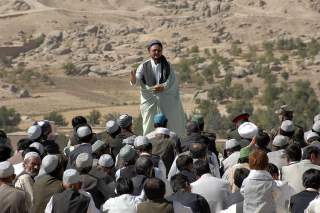 After a decline in scale and casualties, the anti-Shia sectarian violence is once again resurging in Pakistan. In the last two weeks, Lashkar-e-Jhangvi (LeJ) Al-Alami, an anti-Shia extremist outfit, has claimed responsibility for the targeted assassinations of four women of the ethnic Hazara Shia community in Quetta and the attack on a Shia Imambargah in Karachi. Alarmingly, during the same period, two deadly attacks of almost similar modus operandi were witnessed against the Shia worshippers in Afghanistan, one in Kabul and the other in the northern Balkh province. Since 2014, sectarian terrorism—spearheaded by Khurasan chapter of the Islamic State (IS)—has emerged as a new potent threat in Afghanistan alongside the Taliban insurgency.

There are operational linkages between anti-Shia outfits in Karachi, Balochistan, and those operating across the western border. According to reports, the IS-Khurasan assigned the killing of the Hazara women in Quetta to Tehreek-e-Taliban Pakistan’s (TTP) Karachi chapter, which then outsourced it to the LeJ-al Alami in Balochistan.

According to the South Asia Terrorism Portal database, Pakistan witnessed a peak in sectarian violence between 2007 and 2013, which left 2,714 people dead in as many as 905 violent incidents. Since then, the sectarian attacks decreased sharply across Pakistan in 2014 and 2015. In these two years, the sectarian incidents and casualties came down to 144 and 484 respectively.

The attack on APS Peshawar in December 2014 was a turning point, which resulted in a slump in sectarian violence in Pakistan. Under the National Action Plan (NAP), Pakistan’s 20-point counter-terrorism strategy, and Zarb-e-Azb operation, Pakistani security forces hit different modules of Lashkar-e-Jhangvi hard in Karachi, Balochistan, Punjab and other parts of the country.

The two most notorious LeJ leaders Malik Ishaq, the chief of the terror outfit, and Usman Saifullah Kurd, the head of its Balochistan chapter, were killed during intelligence-based counter-terrorism operations. Others, such as Hafiz Naeem Bukhari, the head of LeJ’s Karachi chapter, Asif Choutu, the commander from southern Punjab, and Qari Ramzan Mengal, the Quetta-chapter head, were apprehended.

The killings and arrests of its top leadership hampered LeJ’s operational capabilities and damaged its organizational infrastructure. It has forced LeJ to scale back its operations and take a tactical retreat. Most of its leaders and operatives went underground; others fled to Afghanistan or relocated to Iraq and Syria to participate in the so-called anti-Shia jihad.

Since the mid-1990s, Afghanistan has been a second home and safe haven for LeJ. During the second tenure of PMLN (1997-99), Riaz Basra, the dreaded LeJ commander, operated his network in Punjab and others parts of Pakistan from Afghanistan. This resulted in the brief souring of ties between the then PMLN government and the Taliban regime in Afghanistan. Recently, Qari Ajmal, a commander of LeJ and the mastermind of the attack on the Sri Lankan cricket team, was killed in eastern Afghanistan’s Paktika province.

In two years, it seems that LeJ has absorbed the setbacks of Zarb-e-Azb and the loss of its top leadership. Now, it is regrouping and returning to Pakistan or re-emerging from its underground hideouts to resume terrorist operations. LeJ is back with a much larger geographical footprint this time around, with regional and international linkages in Afghanistan, Syria, and Iraq. It, along with others likeminded groups, is re-surfacing in the geographical arch stretching from Balkh and Kabul in Afghanistan to Balochistan and Karachi in Pakistan. Historically, their presence in the Pakistani tribal areas and Punjab is unmistaken.

LeJ has retained its old name but it wears a new badge now: IS-Khurasan. It has different avatars (e.g. Jandullah, Jaish-ul-Islam, Lashkar-e-Jhangvi Al-Almi, and Daesh), but the agendas, ideology and goals are identical. Now, it has new paymasters and ideological mentors who not only ex-communicate Shias but also apostatize others Sunni groups who do not conform to their extremist worldviews.

Most of these new LeJ recruits are teenagers or in their early twenties. They hail from mixed ethnic, socioeconomic, and educational backgrounds. They do not sport beards or wear shalwar kameez, or adorn skullcaps on their heads. Many are clean-shaven and wear western clothes. Most of them did not attend madrassas; they were not recruited by a mullah through headhunting; and they do not necessarily have ideological baggage or historical grievances. Al-Qaeda's pan-Islamist Jihadist traditions, Taliban’s Afghan-centric approach, or the Kashmiri group’s Kashmir-only-policy does not bind them in any restriction.

They are Sunni supremacists: smart, strategic and tech-savvy. They are active on social media; they Tweet when they kill and video-record when they hit their targets. They are unapologetically brutal. They operate in loosely connected small cells, which make their detection and elimination very difficult. So, the neutralization of one cell does not affect the operations and activities of other cells. Unlike the Pakistani Taliban, who operated from Pakistan's tribal hinterlands, they have a robust urban footprint.

Given these recent developments, the powers that be should not only be cognizant of old LeJ regroupings and new networking but also be mindful of individuals who are returning from Afghanistan, Iraq, and Syria to Balochistan and other parts of the country. They are not only linking the local LeJ militants to IS-Central in Iraq and Syria but also strengthening the regional ties with their counterparts in Afghanistan. In addition to the surveillance of the extremist madrassas and traditional hotbeds of sectarian conflict in Pakistan, the intelligence agencies should also be mindful of the cyberspace and extremist social media platforms where a new extremist narrative is shaping up and reaching every household. New research is also needed to understand these new regional and international linkages of LeJ and know who is pulling their strings.

The author is an Associate Research Fellow (ARF) of the International Centre for Political Violence and Terrorism Research of the S. Rajaratnam School of International Studies (RSIS), Singapore. Email: [email protected].

Image: A mullah speaks to a crowd of villagers on the final day of Ramadan in the province of Day Kundi, Afghanistan. Wikimedia Commons/Creative Commons/ISAF