Why a Social Earthquake Might Be Unavoidable in the United States 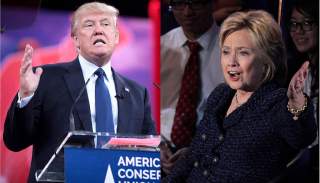 During the recent U.S. presidential election, antagonistic verbal and written interactions between the Trump and Clinton camps resulted in a distinct, but relatively superficial fracture in American society. In an election, a certain degree of antagonism is expected and welcomed because it encourages the exchange of ideas and debate among voters. Once the campaigning and elections are over, however, it is expected that the winners and losers will mend most of these social divisions and reunite as one people. This social healing process is what has usually happened in the past, contributing to a strong common American identity in which individuals respect fellow Americans even if they have significantly different opinions.

After the 2016 presidential campaigns, this healing process might not happen and, depending on the policies of the new leadership and the attitudes of the American people, the initially superficial social fractures might continue to expand and deepen. If not addressed adequately, the United States will be divided into two antagonistic tectonic social plates along which significant stresses can build up and result in what I label as a social earthquake.

Inspired by my background in earthquake engineering, I define social earthquake as a violent social conflict resulting from the (sudden) release of tensions existing among groups formed by the fracturing of a society along ethnic, religious, economic, ideological or political lines, or a combination thereof. Tectonic social plates are formed when two or more distinct groups of people share a common space, but have little in common when it comes to values, principles and objectives. When the differences between the groups make their coexistence difficult and the commonalities that unite them are reduced below a minimum, these distinct groups of people might start looking at each other as different, strange, or even as the evil others.

I have previously used the concept of social earthquake in the context of the escalating tensions and subsequent clashes between the Han Chinese and Uyghurs in Xinjiang/China, and between the Chinese and indigenous Indonesians. Both cases experienced a period in which social tensions built up along ethno-religious lines, followed by their sudden release in the form of interethnic clashes, i.e. social earthquakes: the 1998 anti-Chinese riots in Indonesia and the 2009 Han-Uyghur clashes in Urumqi, which left thousands dead and massive destruction in their wake. Social earthquakes can be identified in the international arena too, such as the case of the so-called “Arab Spring,” which resulted in extensive social chaos, three massive wars, hundreds of thousands of casualties and lost economic growth in the region of over $600bn. All of this for extremely meager socio-political gains, if any at all.

The unusual nature and intensity of the Trump-Clinton presidential campaign seems to have fractured American society in a profound manner. During the campaign, each camp championed ideals, values and objectives that resonated deeply with its faction, but were aggressively rejected by the opposing camp. This resonance has made debates more emotional than rational. As a result, American values assumed to be at the heart of the country were challenged and, in some cases, assaulted and replaced by new ones that were seen as unacceptable by the opposing group. These fundamental differences have fomented and reinforced in-group cohesion on both sides and deeply fractured intragroup relations to the point that it is difficult to imagine how such antagonistic groups can coexist. After the divisive and bitter presidential campaigns, these two groups have started to look at each other as different, as non-American, as the evil others.

It seems that America is metamorphosing into two distinct Americas. The first indications of this metamorphosis are already being exposed by the rising intergroup tensions exposed, for example, by the vast “not my president” popular movement that is refusing to accept the outcome of the elections. This growing intergroup antagonism is also reflected in certain media outlets with their numerous aggressive headlines such as, “The foul stench of fascism in the US” and “The architect of the most racist law in modern American history has been named to Trump's team.” Even traditional American political elites feel threatened by the “seismic shift” that the Trump Administration will bring to Washington. Over time, these tensions can continue to build up along this social fault that has fractured post-election America into two Americas and could eventually trigger a social earthquake.

To prevent an intra-American social earthquake, it is necessary to defuse the social antagonism that the presidential election campaigns have promoted. Sixty million Trump followers feel they represent the genuine America and so do the 60 million Clinton followers, but their Americas are fundamentally different. Hence, it is also necessary to restore a common American identity. I am not in a position to offer a strategy to defuse the tensions and restore American identity, but I can suggest a valuable resource to help in the process.

Given that only about 50 percent of eligible Americans voted in these elections, it can be assumed that the other 50 percent has not taken clear sides with either camp and could provide the common social ground to restore America’s unity. They could play an important role in stopping the fracturing of the American society and in starting the social healing process. For their efforts to be effective, however, the American people and their leaders must honestly look at the antagonisms that divide them, understand their root causes, and work towards rebuilding a common American identity. Otherwise, the antagonism and tensions between the two post-election Americas will continue to grow stronger and a social earthquake might be unavoidable.