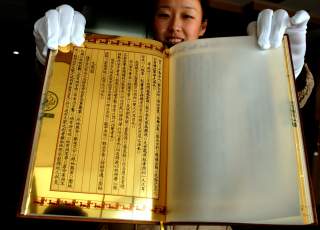 The Biggest Threat to the CCP

Sun Tzu has nothing to advise a combatant whose strategy of stealth and deception has been unmasked, other than to stick with the program: continue accruing strategic advantage, if at all possible, and await your opportunity. But this approach, and the Warring States paradigm from which it stems, is unsustainable in the face of a gathering international consensus about China's direction of travel, and the new readiness of the international community to push back.

The CCP used the ancient paradigm to claw its way out of a crisis in the early 1990s and has clung to it since then, conjuring up a world of dog-eat-dog interstate hostility dominated by whichever country gains the greatest comprehensive national power. It was a vision of the world which served the Party’s instinct for self-preservation during the ensuing years, but it has now triggered international pushback and, moreover, is increasingly out of step with the needs of people in today’s China.

CCP leaders may indeed have feared the military and economic clout of the United States in the early 1990s, but what frightened them more was the ordinary people of China. The sole superpower, rather than plotting to bring down the regime, seems with hindsight to have trusted the Party to confirm the ‘end of history’ thesis and produce a Gorbachev of its own. China’s people, by contrast, had ample reason not to trust the Party, which they had tolerated but never once voted for.

For strategists in the Warring States era, the “common people” were an undifferentiated mass, sullen but pliable, a means to victory rather than an end in themselves. Sovereigns and generals of the period didn’t have to allow for the variables introduced by an empowered, politically engaged populace. Today, however, even in CCP-ruled China, political leaders have to deal with the reality that ordinary people aspire to live and prosper in a safe, civil, twenty-first-century environment, rather than in a Warring States world perpetually on the verge of conflagration.

It would be better for China’s people, and in the long run for all of us, if their insecure, authoritarian ruling party was to retire Sun Tzu and turn away once and for all from the old strategic template.

Christopher MacDonald is a Mandarin translator and interpreter and was formerly lead interpreter on the British Side for the Sino-British Joint Liaison Group. He now lives in Cardiff, after more than twenty years based in Taipei, Hong Kong, and Shanghai. His recent book is The Science of War: Sun Tzu’s Art of War re-translated and re-considered, published by Earnshaw Books.