Why the American Public Wants to Strike ISIS 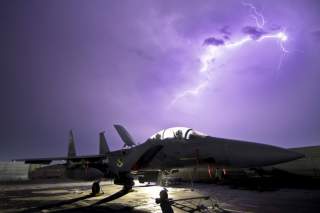 A new Wall Street Journal/NBC News poll, released just ahead of President Obama’s address Wednesday night to the American people, suggests a valuable political rule: If you want advice on how to conduct foreign policy, take your cue from the American people and not the editorial pages of the big national newspapers or William Kristol or Victoria Nuland or Dick Cheney or Samantha Power or John McCain or any number of other so-called experts who contributed so mightily to the challenge we now face in the Middle East.

The poll suggested the American people support U.S. military action to thwart the advance in Syria and Iraq of the radical Islamist movement that calls itself the Islamic State (also known as ISIS or ISIL). Almost two-thirds of those polled want the United States to confront ISIS, while only 13 percent said such action wasn’t in the national interest. Fully 34 percent even accepted the use of U.S. ground troops if necessary to combat the Islamist forces.

In reporting these results, Wall Street Journal reporters Janet Hook and Carol E. Lee said they represented “a remarkable mood swing for an electorate that just a year ago recoiled at Mr. Obama’s proposal to launch airstrikes against Syria.”

But is it really that remarkable? And is it even a mood swing? The reporters’ language suggests a certain capriciousness on the part of the American people, maybe even fickleness. Just a year ago, they didn’t want to bomb Syria; now they want to bomb ISIS.

But perhaps the American people understand something that many of the experts don’t get. Syrian president Bashar al-Assad is not America’s enemy. He doesn’t want to kill Americans. He just wants to run his country under terms that had been in effect for decades—and generally accepted by America and by his neighbors. That’s no longer possible, of course, but those who have been agitating for U.S. military action against him, including many of those named above, have been advocating essentially for further destabilization in the region. It seems the American electorate didn’t want the United States to contribute to any such destabilization.

But ISIS is America’s enemy. It wants to kill Americans whenever it can muster the resources and capacity to do so. More significantly for the present moment, it has developed a capability to control territory, amass great stores of wealth, accumulate serious military hardware, kill opponents with brutal efficiency, and devastate regional military forces arrayed against it. It represents the enemy of the West that manifested itself with the Al Qaeda attacks of precisely thirteen years ago that killed 2,977 innocent Americans going about their daily lives.

Thus, it appears the American people are making a distinction that has been fuzzed up for years in the country’s foreign-policy discourse. For them, this isn’t about spreading democracy into the lands of Islam or ridding the world of brutal dictators. It isn’t about macho American global leadership. It is about America’s vital national interests and the protection of its sovereignty and the safety of its citizens. ISIS represents a threat to those things; Middle Eastern dictators who have been the focus of much American foreign-policy agitation in recent years don’t.

The foreign-policy debates of recent years have not zoomed in on this distinction. Most often, the arguments on either side have been characterized as the interventionists vs. the isolationists; or those who want a strong America plying the international waters vs. those who don’t want to expend blood and treasure on maintaining America’s role in the world.

In terms of national sentiment, this has been a bogus debate. The collective judgment of the electorate always has been much more sophisticated and nuanced. There is no doubt that Americans want their country to remain the world’s greatest power. They know that will require at times the expenditure of both human and financial resources. They are willing to absorb that cost. But their experiences since 9/11 have taught them that their leaders, if not monitored closely, are likely to get the country into overseas adventures based on wispy ideas and unrealistic goals that ultimately undermine stability in a dangerous region.

That’s why they manifested their displeasure with the idea of attacking Syria’s Assad a year ago. And that’s why they support the necessary effort to take on ISIS today.

All this can be illustrated by a quick look at the history of America’s foreign policy since 9/11. The George W. Bush administration promptly sent forces into Afghanistan to upend the Taliban and disperse Al Qaeda from its secure base of operations. All good. But then the administration argued that the anti-Islamist offensive required an invasion of Iraq. Based on administration representations regarding Iraq’s connection to weapons of mass destruction and to Islamist terrorists, the American people supported the policy.

But, when it turned out that those representations were false and America ended up entangled in a vicious and bloody internal conflict unleashed by the American invasion, the country’s electorate turned against the war. And, when the Afghanistan policy turned into a long-term effort to reform tribal folkways and practices going back centuries, that effort also drew skepticism from the American people.

The result was a new consciousness within the electorate of the need to draw distinctions between overseas activities truly tied to national interest and activities based upon abstract impulses, such as the desire to spread democracy in lands with no democratic tradition or “ending tyranny in our world,” as George W. Bush put it in his second inaugural address.

In his speech Wednesday evening, President Obama articulated a national imperative to “degrade, and ultimately destroy, ISIL through a comprehensive and sustained counterterrorism strategy.” He outlined a four-point program aimed at meeting that imperative. Whether his program is equal to the task remains an open question, and we will know whether Obama is truly committed to the destruction of ISIS only through unfolding events. His promise to foreclose any use of U.S. ground troops was questionable, as it served to qualify his definition of the threat and signaled to the enemy that America may not be prepared to go the distance in its resolve.

But the American people will support their president in this mission, so long as he fulfills it effectively and with ongoing prospects for ultimate success. They know a threat when they see one, and they aren’t about to shrink from the challenges and risks inherent in their country’s global role.