Why the "Check Your Privilege" Crowd Won't Win 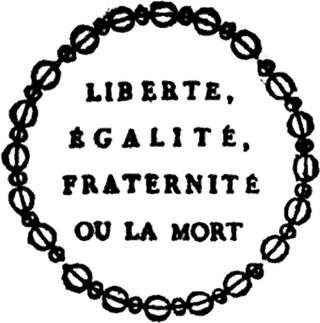 It’s been a wonderful year for radicalism in America. From the university system to the press to the office, extremists have successfully shifted the discussion in their favor. There’s a concept in political theory called the Overton Window—a narrow range, within the broad spectrum of possible policies, that is considered politically acceptable. For example, in dealing with crime, few people listen to those who call for the abolition of prisons or to those who might want martial law. They’re on opposite ends of the spectrum, but both are outside the window. Stop-and-frisk searches and sentencing reform are on opposite sides, too, but within the window. One might also apply the Overton Window concept to public opinion and not just government policy. And this is where the extremists have won such great victories. They’ve been fighting at both edges of the window, and they’ve successfully moved both edges to the left.

Their work on the right edge of the spectrum has drawn the most headlines. This year’s college graduation season has seen hardline activists push out a broad range of commencement speakers whose politics they objected to, from conservatives like Condoleezza Rice and Christine Lagarde (the latter only a conservative in the squishy European sense) to liberal figures like former University of California, Berkeley chancellor Robert J. Birgenau. They successfully agitated for the firing of a well-respected tech sector CEO whose traditional religious views had led him to support a 2008 ballot initiative against gay marriage—well inside the window, as the ballot initiative eventually won a four-and-a-half-point majority in a high-turnout election in America’s most populous state. Radicals even got a prominent video-game developer fired for saying that disgraced Los Angeles Clippers owner Donald Sterling “has the right as an American to be an old bigot in the security of his own home.”

But the radicals have been pushing against the left edge of America’s Overton Window, too. In recent months, “critical theory” concepts have been seeping into American public discourse in an unprecedented way. What are these concepts? Their intellectual lineage goes back to Karl Marx. Marx saw economic structures as the real root of human suffering, and thought that political systems and such merely reflected economic power. Some of Marx’s successors saw the power of his analytical methods but thought his focus on economics was misplaced, suggesting that our ideas about our society are the real root of social evil. Thus critical theory was born. But while the economic Marxists had a clear program (Communism) to put their critique into action, the “cultural Marxists” did not. And so critique became their program. They would undermine the legitimacy of every human inequality—and they saw inequality (“privilege”) everywhere. The most famous essay of this genre suggests that “flesh-colored” bandages help “confer dominance.” Others have found supremacist undertones lurking in peanut-butter sandwiches and blamed sexism for school shootings.

And this frame of mind is spreading.

There’s been a surge of attention. Phrases like these once only appeared in Gender Studies term papers. Now they’re in the mouths of opinion-shapers and all over the pages of elite magazines. And when a mere Princeton freshman publicly disagreed with this mode of analysis in an essay in TIME magazine, pillorying him became an urgent public concern. Gawker and Newsweek even launched investigations into how he was published and the financial backing of the small college outlet that originally ran the essay.

The radicals must be thrilled. Are these the “bloody birth throes of the new society” for which they’ve waited so long? Hardly. Though America is clearly at a moment of political realignment, it remains a generally centrist and tolerant country. As the writer Jonathan Rauch argued after the purge of that tech executive that didn’t like gay marriage, “when gay-marriage opponents claim that a new reign of terror is abroad in the land...please remember that the large majority of gay and lesbian Americans share with the large majority of conservatives and Christians a desire to live and let live, and it is those large majorities that will prevail in our majoritarian country.”

And what’s true of gay rights is true in other areas. Equality and civil rights have advanced a great deal in recent decades on liberal grounds, not radical ones. The public came to view segregation, marriage inequality and so forth as contrary to the freedom and individual dignity at the heart of the American national ideology. The “Cultural Marxists” would have us believe something quite different, that only the destruction of that ideology could have allowed such progress. For them, this widespread “live and let live” idea is anathema, for it lets “privilege” live, and privilege must die for society to advance. Radical critiques of liberalism have long followed a similar line: that freedom is merely the latest idea that the powerful have cooked up to justify their status. That is at odds with American history, but more crucially it’s at odds with the views of Americans on both sides of the culture wars.

And that highlights the fundamental truth that the radicals have yet to confront: they remain a minority. They are unlikely to win a sustained victory in “our majoritarian country.” Solid majorities will continue to reject their excesses. The recent radical ascent has indeed met with a backlash. Prominent gay-rights advocates denounced the firing of that tech executive. The liberal New Republic has decried the spread of “check your privilege,” saying it “is so often used ungenerously, as a weapon,” and of “trigger warnings,” another social-justice hobbyhorse. You can take our peanut-butter sandwiches when you pry them from our cold, dead hands!

The extremist error was to draw the attention of the broader public in the first place. They can only win in undemocratic spaces, spaces where an elite minority can act without an effective majoritarian backlash. The radicals prefer to seize control of these spaces, to achieve influence on them, or to carve out fiefdoms within them. Failing that, a small but vocal minority can badger elites unused to dealing with bad press and public pressure. Indeed, all of the recent radical victories have been confined to elite, undemocratic spaces. The media? A salon for well-educated Northeasterners. Universities? Opaque bureaucracies flush with cash. Corporate boards in the tech industry? They’re corporate boards in the tech industry. And that’s the dark truth of Cultural Marxism: While it claims to stand for equality and against elite privilege, its method has always been to become the elite, not to destroy it.

The only way the radicals can win is through the growth of these elite, unaccountable institutions. That growth is happening on a number of fronts. The university system, for example, has been adding administrators at a much faster rate than it’s been adding professors. And the federal government has seen a steady abdication of power by its most accountable institution—Congress—to its least accountable institution—the bureaucracy. Vague laws give broad power to those who write the regulations. Trends like these mostly benefit the bureaucrats themselves. But they create fertile soil for radical power. That’s the real threat we should worry about.