Why the Iran Nuclear Deal Matters 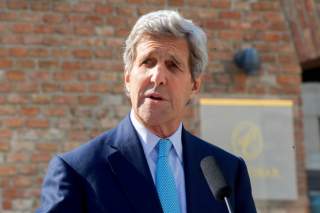 President Obama says the historic Iran deal rests not on faith but “verification.” His critics are calling it a sellout. For weeks Congress will debate the deal, which will be subjected to microscopic scrutiny. We’ve heard it all before—SALT I and SALT II and just about every arms treaty an administration has negotiated becomes the proxy for a battle over what truly constitutes American national security.

But there is one takeaway from this treaty that transcends the bluff and bombast: Iran is coming in from the cold. That’s what’s sending, well, shivers down the spines of neocons in Washington, not to mention Israeli Prime Minister Benjamin Netanyahu. For all his machinations, Netanyahu is the biggest loser of the deal. He succeeded in ensuring that Israel had zero input on a deal that has been a foregone conclusion for months.

Here’s how the New York Times put it in a lapidary description of the negotiations:

“The ensuing negotiations have been repeatedly extended and became Mr. Kerry’s single biggest mission. Once-rare American encounters with Iranian diplomats became routine. Along the way, Mr. Kerry has spent more hours with Mr. Zarif than with any other foreign minister. “

Is it too much to say that a kind of bromance has developed between the two?

The blunt fact is that Obama is cleaning up the messes (see: Cuba) left behind by previous administrations to make life a lot easier for his successors, whether it’s Jeb Bush, Marco Rubio, or Hillary Clinton. The Iran deal marks a pivot in American foreign policy. It is a death warrant for the hubristic foreign policy course charted by George W. Bush and Dick Cheney.

The critics will huff and puff that Obama has given the store away, that Iran is being rewarded for token concessions, and that Tehran will be emboldened. But they have never offered a cogent alternative to negotiations. Bombing Iran, which would only stir up nationalist ire, whether or not it would even work? Maintaining sanctions that are bound to erode?

Washington and Tehran now have the chance to get past beyond their old frozen postures. Like Sherlock Holmes and Professor Moriarty plunging over the Reichenbach Falls, they seemed locked in a mutual embrace of self-destruction. No longer. The chance exists for a détente between the two sides. Just as during the cold war, this does not mean that there will be no competition between the two sides. Iran is a supporter of some of the most malignant forces in the Middle East.

But there can be no gainsaying that Obama has also put some wind in the sails of the reform faction, such as it is, in Tehran. Absent a deal the political climate in Iran would be worse, much worse.

The cold war would never have come to an end peacefully absent the détente promoted by Richard Nixon and Henry Kissinger. Contrary to the triumphalist line propagated by the neocons, Ronald Reagan did not singlehandedly bring down the evil empire. Rather, the basis for reconciliation was created in the 1970s, as the Europeans have long recognized. This, incidentally, is one of the reasons that European nations were so intent on reach a deal.

It would be a profound mistake for the GOP to conclude that it can profit politically by bashing the deal during the 2016 presidential campaign. It won’t. Instead, the party would seem a fortiori to be stuck in even more of a time warp. The rest of the world is moving on from the U.S.-Iran conflict, which is a relic of the cold war. In a Middle East experiencing tumultuous upheaval, the moment has arrived for a new and innovative approach that doesn’t see Iran as an enemy but an adversary that, to borrow from Margaret Thatcher, we can do business with. The time has arrived to open up shop when it comes to Iran.