Why the Maldives Is Sending Terrorists to Syria and Iraq 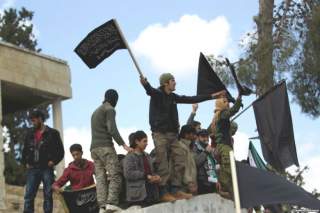 A popular tourist destination could be sliding into Islamist terrorism following its departure from the British Commonwealth, according to regional experts.

The Maldives, a nation of 1,192 islands in the Indian Ocean, is best known for its tropical weather and seaside resorts. But Maldives has sent more terrorists per capita than any other country in the world to fight with extremist groups in Syria and Iraq.

The Commonwealth is a voluntary association of 52 sovereign states, most of which once were British colonies or former holdings of the colonies. While politically independent, Commonwealth nations cooperate within a framework set forth by The Singapore Declaration, which puts an emphasis on values such as individual liberty, free trade and world peace. The Maldives had been a member of the Commonwealth since 1982.

But President Abdulla Yameen has pursued a crackdown on dissent since his election in 2013. The Yameen administration has arrested opposition leaders, announced plans to end a moratorium on capital punishment, and closed media outlets.

A Commonwealth of Nations meeting on September 23rd resulted in a communiqué warning the Maldives it could face suspension from the group unless its human rights situation improved. Rather than respond to those concerns, the Maldives withdrew from the organization.

Some Maldivians cheered the move, comparing it on social media with the unexpected victory for the Brexit vote in June, which puts the United Kingdom on a path to leave the European Union.

But international observers were not so sanguine.

“[Getting] out of Commonwealth will spare the Maldives from constant watch and scrutiny,” said Animesh Roul, Executive Director of Research at the Society for the Study of Peace and Conflict (SSPC) in New Delhi. “As a result, radical Islamism and terrorism might witness an unhindered upsurge.”

Even though the regime “never came under the direct influence of [any] mullahs," Roul added, "they prefer to ignore the threat or appease the growing Islamization of Maldivian society and politics.”

“This means, sadly, the Maldivian government is walking away from the Commonwealth, and the organization's commitment to democracy and human rights,” said David White, head of the Commonwealth Human Rights Initiative, a non-governmental organization which has reported on the human rights situation in the Maldives. “Democratic institutions have been systematically undermined, the space for dissent and informed political debate has been curtailed, and independent bodies have been deliberately crippled.”

Not everybody is so worried though.

“I don’t think that the leaving the Commonwealth exit, will strengthen the appeal of extreme organizations,” said Timothy Philips, a former South Asia officer for the Office of the Director of National Intelligence (ODNI) and a fellow with the Council on Foreign Relations told the American Media Institute. “I think the primary driver of extremism is a lack of economic opportunity.”

The majority of the island’s people are adherents of Sunni Islam.

Conditions experienced by tourists at luxury bungalows on remote islands are a far cry from the conditions in the capital city of Malé, where a third of the nation’s 400 thousand inhabitants live in tightly packed apartment structures. The city is one of the most densely populated cities in the world, with some residents forced to sleep in shifts. Its mid-20s unemployment rate makes it among the world’s worst by that measure. The nation’s turbulent politics and a lack of economic opportunity have made the country a recruitment ground for extremist groups.

“There could be as many 200 to 250 Maldivians in Syria and Iraq … [though] the government has always maintained that there are [only] around 50 to 60 Maldivians in the conflict,” said the SPPC’s Roul.

A statement by Commonwealth Secretary-General Patricia Scotland expressed disappointment at the choice to leave the Commonwealth and hoped the move would be temporary. She noted the organization would continue to promote its values of “democracy and human rights, development and growth, and diversity."

Joseph Hammond is a journalist with the American Media Institute. He tweets at @TheJosephH.