Why the Saudis Are Looking Forward to the Trump Presidency 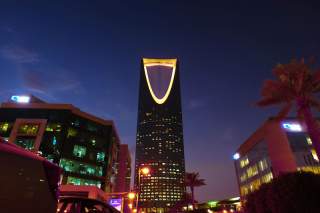 Thousands of Saudis crammed their way into an entrepreneurship conference, but the coffee talk focused on just one entrepreneur: President-elect Donald J. Trump.

“I wanted Clinton to win but most of my friends wanted Trump to win because he is going to be tough on Iran and he knows how to do business,” said recent Saudi college graduate Mohammed Saleh at the inaugural MiSK Global Forum in Riyadh’s Kingdom Tower, the oil kingdom’s tallest spire. In a country where women are not allowed to drive, the young man had stayed up late on election night to see if the United States would elect its first woman president.

Saudi Arabia is seeking to boost business start-ups to diversify away from energy production, but the conference, just days after the 2016 U.S. presidential election, came amid growing Saudi fears of Iran’s influence in the region. The Saudi intervention in Yemen has prompted Iranian-backed Shiite rebels to launch missile attacks into Saudi Arabia. General Mohammad Hossein Baqeri, Chief of Staff of Iran’s armed forces, called for the establishment of Iranian naval bases in Syria or Yemen during a recent interview with an Iranian newspaper.

The Saudis have not reacted passively to Iranian provocations.

Saudi intelligence is believed to have captured Ahmed Ibrahim al-Mughassil, an Iranian-supported terrorist, in 2015. Al-Mughassil masterminded the 1996 Khobar Towers terror attack in Saudi Arabia which killed nineteen Americans and one Saudi. Saudi Arabia may be counter-attacking Iran with a series of proxy battles, including mysterious fires at Iranian oil facilities, according to Gulf intelligence officials. Iran recently admitted that its oil infrastructure has also been the target of cyberattacks.

In Trump, Saudi officials say, the kingdom sees the makings of a great future friend. The real estate investor’s business dealings in Saudi Arabia and his plans to take a tougher line on Iran hearten Saudis officials, who say that the White House has long downplayed the threat of Iranian aggression. Trump, whose administration will include multiple critics of the Islamic Republic, has been doing business with Saudi royals for decades. Trump created eight new companies in Saudi Arabia after the launch of his presidential campaign last year, according to the Washington Post.

Trump’s business and personal ties with the kingdom make many Saudis optimistic that President-elect Trump shares their hostile view of Iran. President Obama brushed aside concerns about the Iranian threat in an interview with the Atlantic last year. Trump, by contrast, opposes the Iran nuclear deal and called for a tougher line on Iran during the presidential campaign.

Trump’s administration is also likely to include many long-time friends of Saudi Arabia. Former United Nations permanent representative John Bolton and former Speaker of the House Newt Gingrich are both expected to play major advisory roles. Bolton is one name mentioned as deputy secretary of state. Both men met this summer with the former head of Saudi intelligence, Prince Turki Al-Faisal, during a rally in Paris held by the Mujahadeen Khaq, a group of Iranian exiles that have long opposed the Islamic Republic.

Trump’s proposed National Security Adviser, Michael T. Flynn, also holds hawkish views on Iran. He included a brief but supportive view of Saudi Arabia in his book The Field of Fight: How We Can Win the Global War Against Radical Islam. “We tend to blame the Saudis and other Arab nations for directly funding the Islamic State and other radical Islamist groups,” Flynn wrote. “We must either stop this blame game, or we must provide direct and unequivocal evidence.” Flynn went onto suggest that the United States must stop blaming countries like Saudi Arabia for “our inadequacy” in the war “against Radical Islamism.”

Rep. Mike Pompeo, Trump’s pick to head the CIA, has also called for a tougher position on Iran.

Saudi Arabia may also hope to get some help from the Trump administration in dealing with Egypt. Since military strongman Abdel Fattah el-Sissi seized power in Cairo in 2013, Saudi Arabia has sent $25 billion dollars in aid to Egypt, according to the Boston Globe. Yet the Egyptian leader recently broke with the Saudis by vocally supporting Syrian dictator Bashar Al-Assad — a move that has angered Saudi Arabia. Cairo may also have begun limited military cooperation with Damascus according to the Lebanese newspaper As-Safir. Sissi was the first foreign leader to congratulate Trump after his election.

Back at the Global Forum in Riyadh, many Saudis lunched on a lavish buffet of lamb and touboleh while discussing entrepreneurship.

“Trump is a businessman who will make a deal and we know has done business with Saudi Arabia before,” said Mohammed Salman, a Saudi government worker. Of course, our relationship will be improved by President Trump.”

Abdulah Khabudal, a program manager with a Saudi aeronautics company that is planning a joint venture to build Sikorsky helicopters in Saudi Arabia, agreed.

“Our experiences in the Yemen conflict made us consider the need for new helicopters, and of course there is the situation with Iran” said Khabudal. “We hope Trump will continue the defense industry relationship between the two countries. ”

“Trump is first and foremost a businessman,” said Michael Rubin, a Middle East analyst with the American Enterprise Institute. “He understands that if we don’t sell to the Saudis, someone elsewhere will. Those are defense and aerospace contracts that create jobs right here in America.”

The global defense market is more competitive than it once was, Rubin noted, and Saudi Arabia’s previous defense purchases are no guarantee the kingdom will be locked into buying weapons from the United States in the future.

“The Saudi-Iranian rivalry predates the 1979 Iranian Revolution,” said Rubin, “But never before has the pendulum swung so clearly into Iran’s camp as it did under President Obama. I expect to see a correction as Trump works to repair the Saudi relationship. Under the Trump administration, the Iranians aren’t going to get a free pass on their reckless policies in Yemen and the Gulf.”

Joseph Hammond is a journalist with the American Media Institute. He tweets at @TheJosephH.